Don't let the creepy dread fool you -- this quiet French thriller gets to the heart of motherhood, and then pays off with comfort and calm. 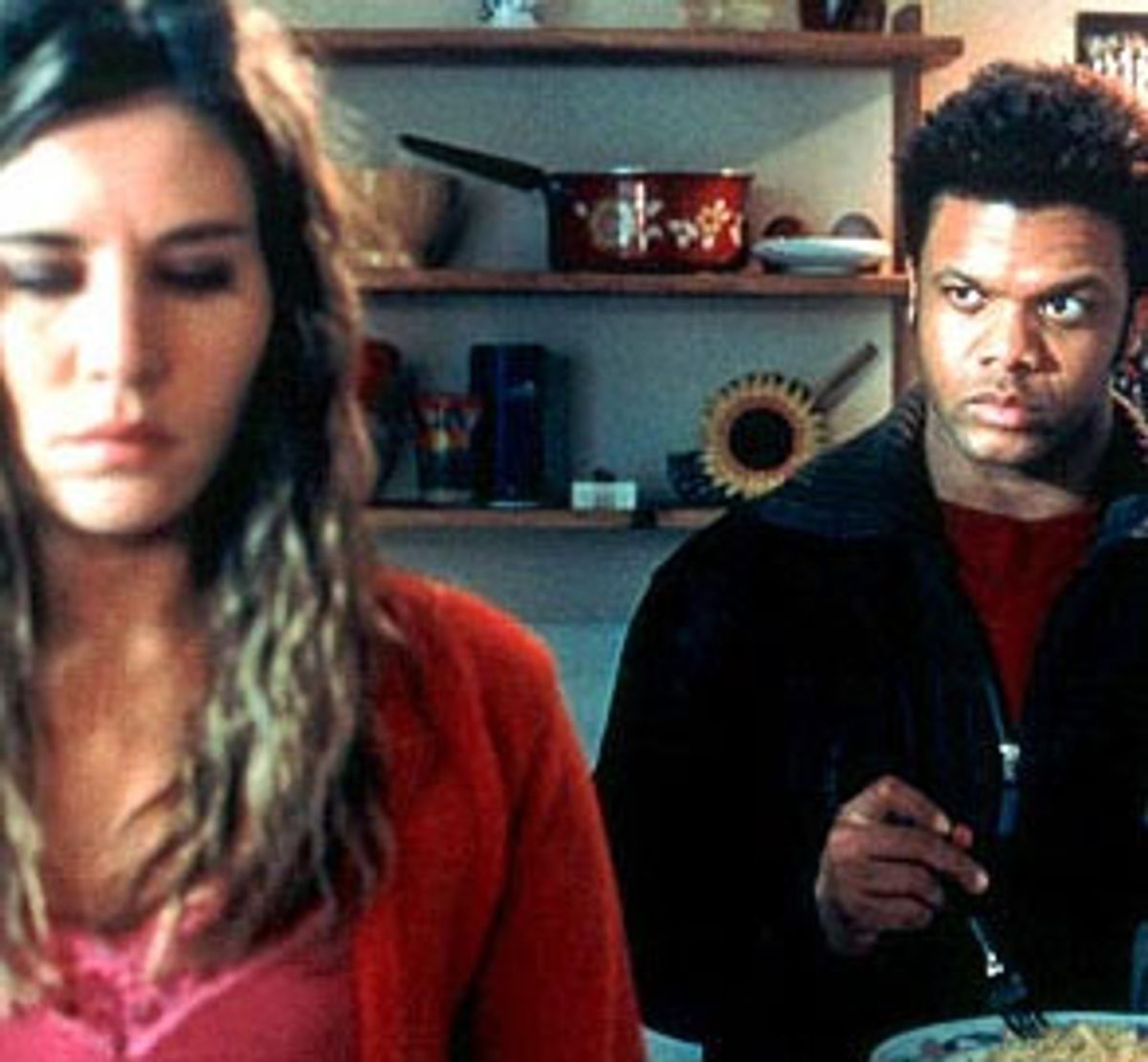 Claude Miller's "Alias Betty" starts out as one kind of movie and, for better rather than worse, ends up as another. At the beginning, its unfolding is remote, methodical, cool. The death of a young child early in the story is the catalyst for the picture's slow-chugging forward motion, and at first "Alias Betty" (originally "Betty Fisher et autres histoires") scans like it's afraid of the emotions it might stir. The movie's first half hour is so tightly laced with creepy dread that it holds you, unpleasantly, like a corset. So much bad stuff happens that even if you start wondering when and how it's all going to end, Miller's approach feels so dried out and dull that you also wonder how much you actually care.

But just in the nick of time, Miller, the French director whose credits include "The Little Thief," proves that he knows just what he's doing. "Alias Betty" is a cagily structured little picture, and one that's ultimately honorable: Miller may open the movie with more oppressive dread than we think we can bear, but he builds toward a sense of comfort and calm, instead of milking us by playing it the other way around. If he forces us into a state of airless anxiety in the movie's first third, he spends the last two slowly opening the valve, and it feels like an act of decency. Scene by scene, Miller signals to us in small ways that somehow everything will turn out OK; we just need to wait and see how.

"Alias Betty" -- which Miller adapted from Ruth Rendell's novel "Tree of Hands" -- opens with a horrifying flashback: A mother attacks her young daughter with a pair of scissors, stabbing her in the hand. When the story shifts to the present, the young girl has grown up to be Betty (Sandrine Kiberlain), a bestselling novelist who has just moved to the far outskirts of Paris with her young son Joseph (Arthur Setbon), after having lived in New York for a number of years. When we first meet her, she's picking up her mother, Margot (Nicole Garcia), at the airport: The two rarely see each other -- for obvious reasons, their relationship has always been strained -- but Margot, who has been living in Spain, needs to be in Paris for medical tests, and Betty reluctantly opens her home to her.

Margot, essentially unstable but holding steady, is a puzzle and a trial to Betty, and it's clear Betty still fears her. As Margot, Garcia balances her performance delicately: One minute she's inscrutable but benign; the next minute there might be a terrifying flash in her eyes, or she'll offer a too-wide smile that's all wrong for the occasion. Kiberlain plays Betty with a great deal of even-toned control; you sometimes wish she could break through the tight membrane around her performance. Still, she earns your faith in her character slowly and quietly. She's tall, slim, pale and bookish, and at times she looks as if she wishes she could fold herself up under her mother's withering gaze, miniaturizing herself until she has completely disappeared. It's vaguely comical the way Margot berates her for choosing not to go by her real name, Brigitte, after Brigitte Bardot; Betty is Bardot's exact opposite, with thin, cropped, straw-colored hair and a body that seems made for timidity more than sex.

But Betty has other attributes, strengths she's not aware of herself. When Betty's son dies suddenly, Margot looks on dispassionately -- she can't even begin to understand her daughter's grief. But as a twisted way of reaching out to her, she snatches a preschool-age child named Josée (Alexis Chatrian) from the street and brings him home as a substitute. The rest of the movie is both a quiet thriller and an exploration of what the protectiveness of motherhood really means, and of how it sometimes kicks in even before love does.

Miller's restraint works in his favor in the scenes featuring young José: The character is one of those matter-of-fact, quietly intelligent children, not without a streak of brattiness. What Margot doesn't know about José, although we do, is that she has essentially rescued him from his abusive and vacant mother, Carole (Mathilde Seigner), a directionless young barmaid for whom he is at best something of an accessory and at worst a burden. The idea of a child's being snatched from his birth mother sounds horrifying, but José handles it with the resilience and good sense that some children just seem to possess. He's one of those vaguely unhealthy-looking kids with wide eyes and translucent skin, and as young Chatrian plays him (and as Miller directs him), he invites our affection and our sympathy instantly, without ever being dismally adorable.

It takes Betty longer, of course, to warm up to him: At first she sees it as her duty to take care of him until he can be returned to his mother without her taking the rap for Margot's actions. That sense of duty transmutes very slowly into love, sidetracked partly by her anger at her mother and largely, of course, by her grief over her missing son.

Betty's gradual transformation feels unforced and believable in Miller's hands. "Alias Betty" isn't a conventional mystery or thriller -- we don't feel we're waiting for any huge plot revelation. As befits Rendell's work, it's more a study in unease. But Miller does offer a satisfying, if coincidental, conclusion in the way he ties up all the story's loose ends. The picture is a bit protracted in places; you sometimes wish Miller would force a bit more energy into it. And the character of Carole, who's involved in one of the intertwining subplots that play a part in the movie's resolution, never gels as she should. For one thing, she has no fewer than four men obsessed with her, and it's hard to see why: She's not exactly unattractive beneath her hard veneer, but there's never any warmth in her smile or her eyes -- she shows no emotion other than pouty calculation. If we could feel some sympathy for her -- or perhaps even fathom why so many men are mad for her -- the picture would feel deeper and richer on the whole.

But for such a neat-edged, workmanlike movie, "Alias Betty" at least has some heart, some core of warmth that you find yourself reaching out toward. Miller makes us work for that warmth, just as he makes his characters work for it. We sometimes feel we're navigating emotional terrain that's dotted with bright, sharp knives poking through the surface where we least expect them. But there's comfort at the end of "Alias Betty," and a sense that, if you take the right path and follow it firmly and resolutely, you can make everything right with the world -- or, if not the whole world, at least your little corner of it.