On her latest album, "In Blue," vocalist Allyson slides effortlessly through blues classics by Bobby Troup, Bonnie Raitt, Max Roach, Joni Mitchell and others. Listen in. 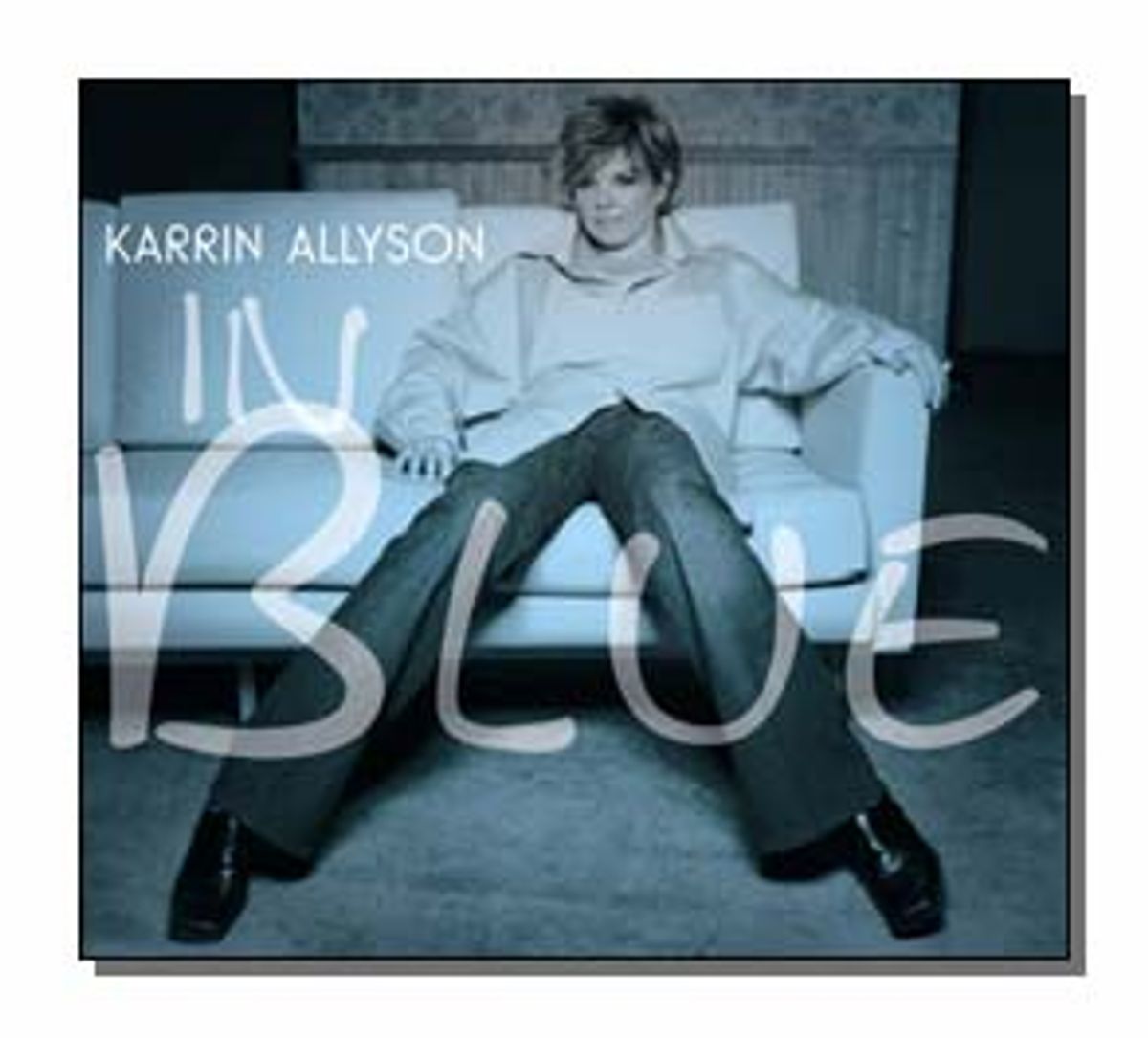 Karrin Allyson
"In Blue"
Out now on Concord Records

Karrin Allyson's new album comes on the heels of her 2001 Grammy-nominated "Ballads: Remembering John Coltrane." On "In Blue" she again slides effortlessly through a pantheon of classic songs, this time with a focus on the blues. The album includes remakes of works by Ira Gershwin, Blossom Dearie and Bobby Troup ("The Meaning of the Blues") as well as by more contemporary artists such as Bonnie Raitt ("Love Me Like a Man") and Joni Mitchell ("Blue Motel Room").

Prime examples of Allyson's ability to handle the blues are her passionate rendition of Bobby Timmons' "Moanin'" and the way in which she intuitively embraces the boppy playfulness of Max Roach's "Long As You're Living." Allyson is backed by musicians who know how to cook: Given plenty of space to expand on Allyson's lyrical vocabulary, the band supports her with a precise, sensual sound that never pushes the voice to the side.

Lest you fear being dragged into an interminable depression by an entire album devoted to the blues, don't worry; Allyson's collected tunes strike a good balance between humorous, sassy and heartbreaking.