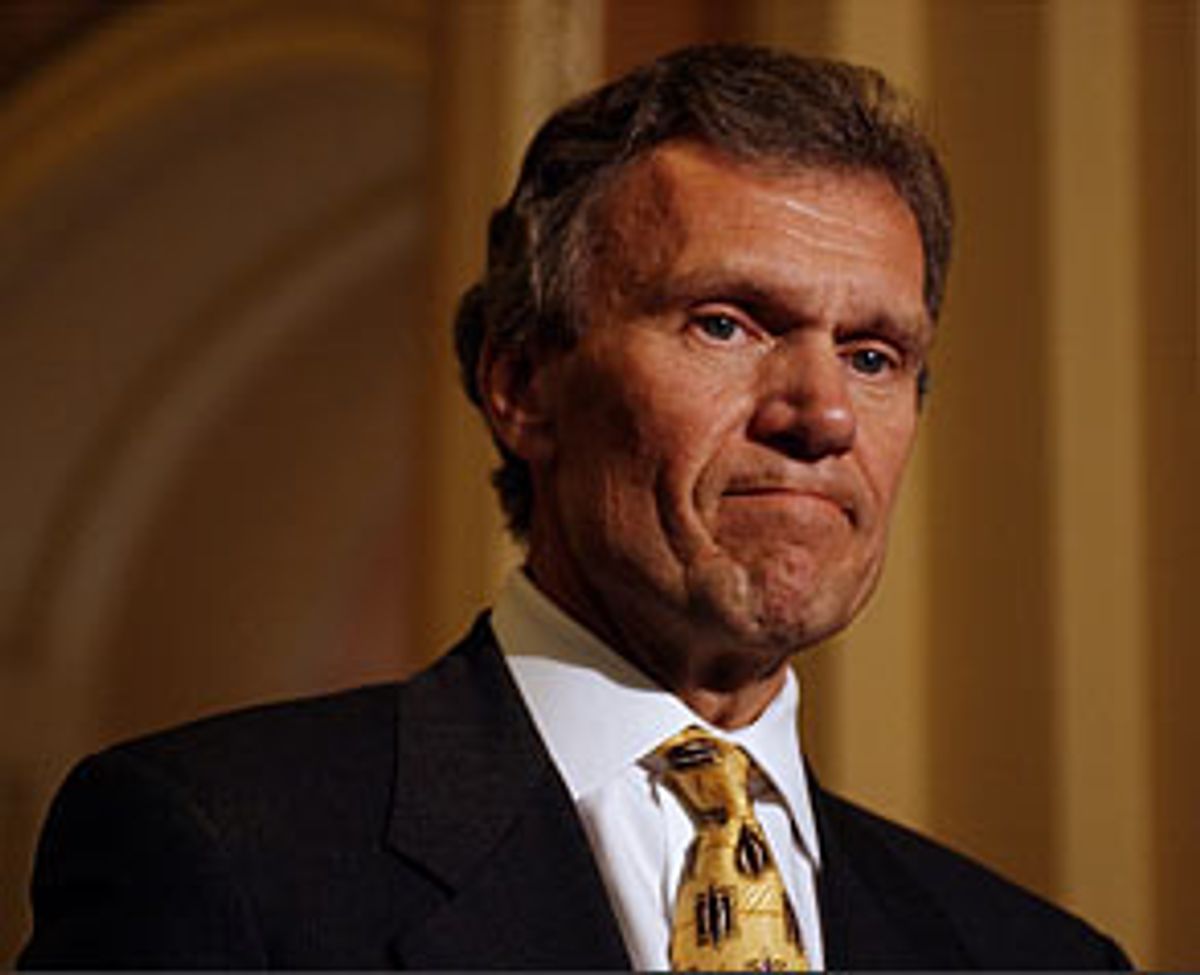 Senate Majority Leader Tom Daschle, D-S.D., sought to slow the Iraq juggernaut Thursday by arguing that a congressional vote authorizing President Bush to use force against Iraq should wait, for political reasons, possibly until after the November elections. In making the case for delaying a vote, Daschle even evoked the wisdom imparted by the former Senate Minority Leader Bob Dole, R-Kan., in 1990 before the first Gulf War.

"I would say that the concerns we have about the politicization of this whole issue are ones that still exist," Daschle said. "Bob Dole objected to having this debate prior to the last incursion in Iraq. He objected to having a vote, on that very basis. I think we've got to take those reservations and those concerns into account."

But there is no evidence that Dole ever made such a claim. When asked which Dole statement Daschle was referring to, the senator's press office pointed to a 1990 press conference Dole had just weeks before the first Gulf War. "My view is the president will make a determination when he comes back after his trip and after [we] see what happens in the U.N. Security Council in early December on whether or not there should be any additional role for Congress this year," Dole said at the press conference.

One small problem: That press conference was held on Nov. 14, 1990, eight days after the midterm elections. In fact, in the very next sentence, Dole criticizes Senate Democrats for trying to say they supported military action in the Gulf, but avoiding an actual vote on a resolution. "We [in Congress] can't have it both ways," Dole said. "We can't go out here saying, 'We support you, Mr. President, while we're in this office, but as soon as we get out in front of the press, we're going to raise questions or doubts.'"

Dole's major concerns centered around whether Congress should play any role at all in the deployment of U.S. troops to drive Saddam's forces out of Kuwait. "How do you have a consultation in the American tradition without sending the wrong signal to Saddam Hussein? I think that's the $64 question," Dole said.

Three days later, Dole had apparently decided a congressional vote was a good idea, but suggested that even if Congress defeated the resolution, the president could still lead the war effort against Iraq. "I think it ought to be put up to the Congress -- put up or shut up," he said. "And if they say no, well, then they say no. And then the president has to decide whether to go it alone."

But in the first Gulf War, the military buildup was underway far before Congress voted to authorize force. The congressional vote came on Jan. 12, 1991, after the U.S. had more than 400,000 troops in the Gulf, and six weeks after the United Nations Security Council authorized the use of force to remove Iraqi forces from Kuwait.

When it was pointed out that the quote provided by Daschle's office came after the 1990 elections, Daschle spokeswoman Ranit Schmelzer said, "I don't know what specific quote he was referring to, and he may have just been speaking kind of in general terms."