On "Kill the Moonlight," the Austin, Texas, band Spoon play minimalist rock that's too driving and danceable to be "art rock" yet too eccentric to be anything but. Listen in. 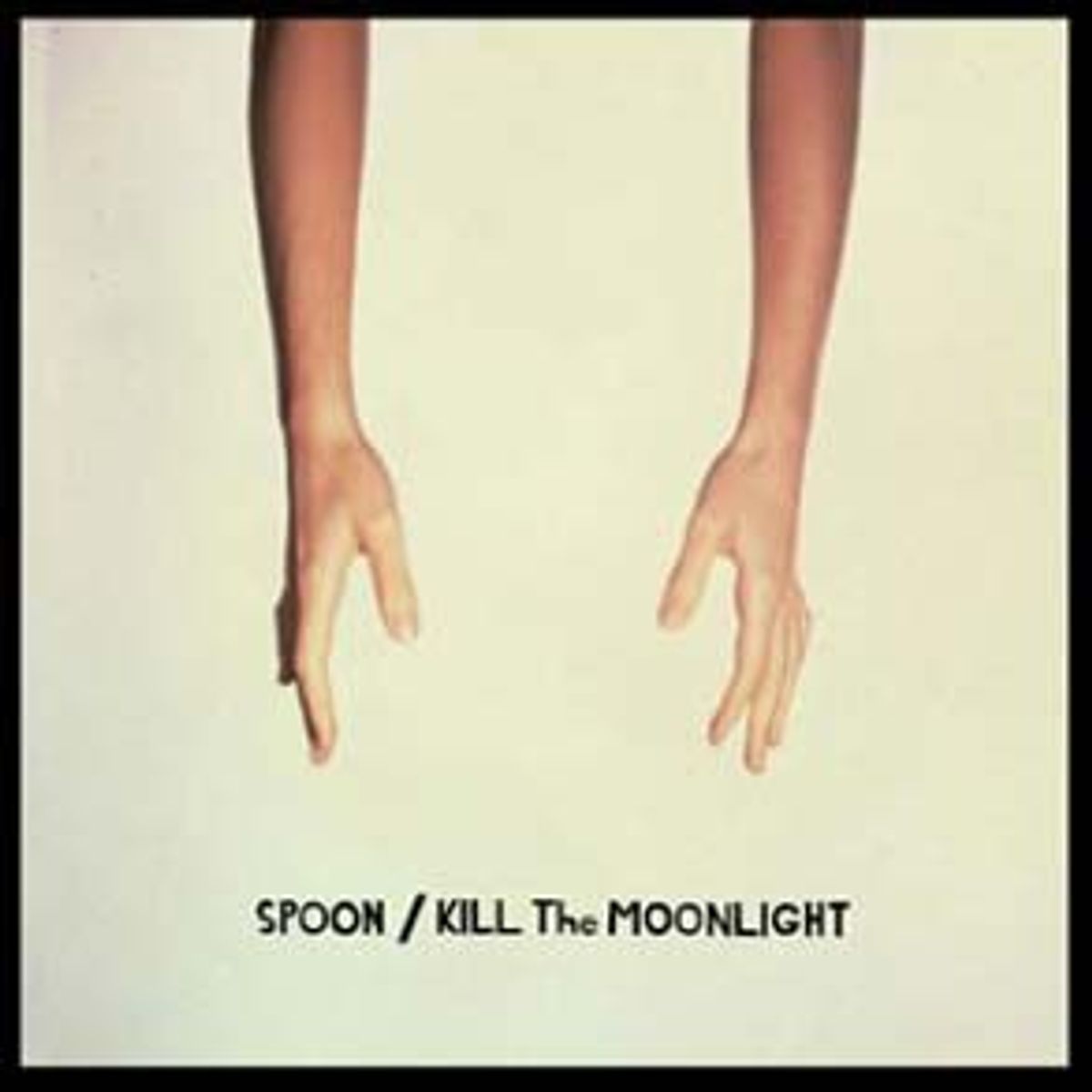 Spoon
"Kill the Moonlight"
Out now on Merge Records

Spoon, founded by Britt Daniel (vocals, guitar) and Jim Eno (drums) 10 years ago, approach rock from an elemental perspective. Together, they create a stripped-down sound by pushing the drums way out in front and employing guitars and keyboards as percussive instruments. Meanwhile, Daniel's disarming, almost offhanded vocals belie a threatening intensity in his words, the juxtaposition leading to a delicious tension. As with last year's LP, "Girls Can Tell," Spoon recorded the new album in Jim Eno's home studio -- an appropriate environment for their retro-minimalism.

On "Kill The Moonlight," Spoon deliver 35 minutes of music too driving to be called art rock, yet too eccentric to be anything but. Their choice of cover art is taken from a series of stills by artist Kristin Oppenheim, whose new video installation "Numbers" is currently at the San Francisco Museum of Modern Art. The image of opened arms, either reaching down or in free fall, is both beautiful and morbid.

Spoon play with such tension throughout the album. On "Small Stakes" (in which Daniel reveals his preference for white-boy soul singer Har Mar Superstar over indie-rock darlings the White Stripes) uses a keyboard-centered intro that just won't stop, becoming nearly excruciating in its refusal to settle down into a rock song.