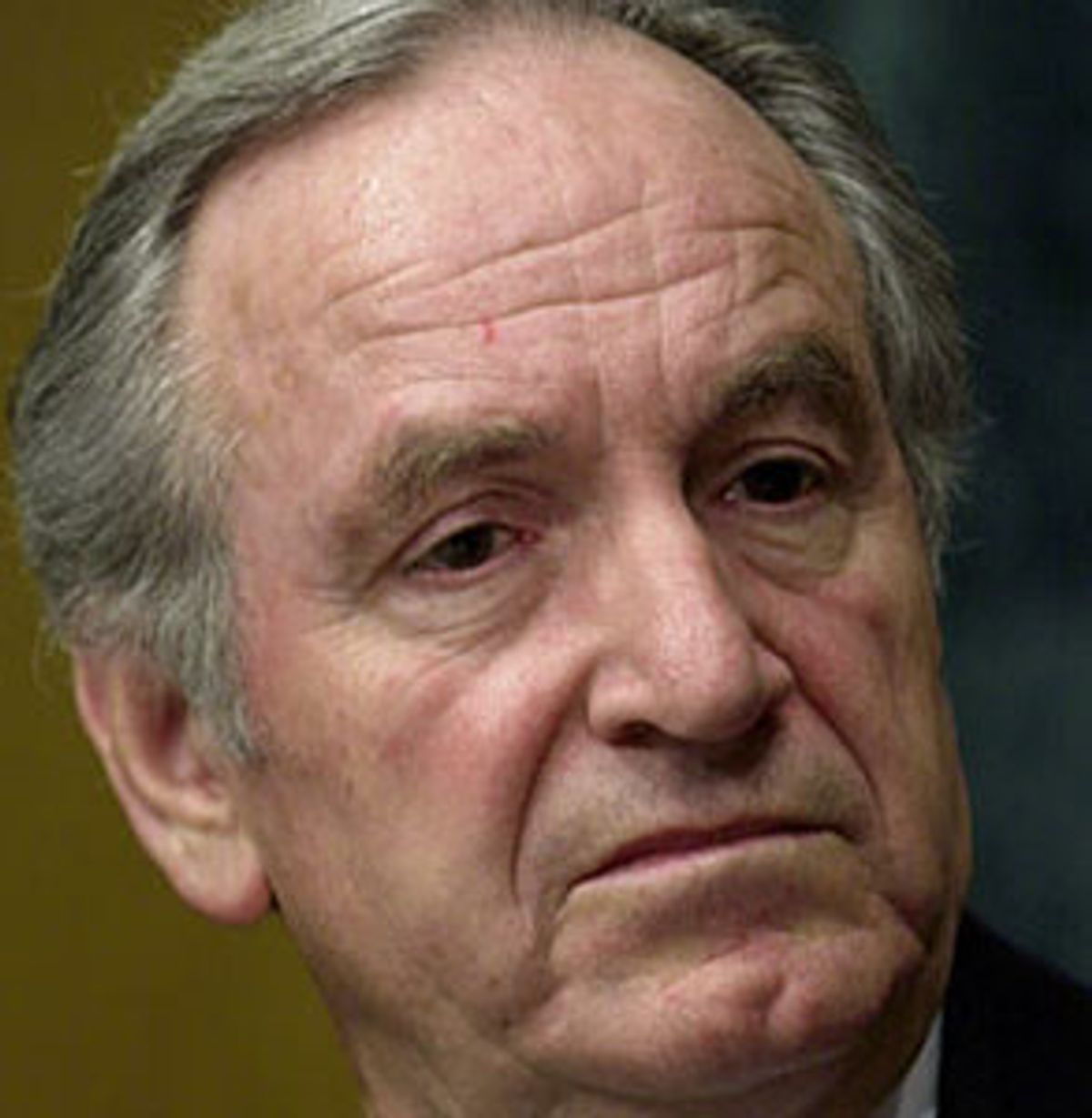 A week after President Bush delivered a well-received ultimatum to Iraq before the United Nations, congressional Republicans seem more united than ever over how to proceed with Iraq. Democrats, meanwhile, seem unable to articulate a coherent message on Iraq, and in many ways appear more divided than they've ever been.

If Iraq's Tuesday announcement that it was bowing to U.N. demands on weapons inspections was simply a ploy aimed at buying time -- and undermining U.S., congressional and growing international support for an invasion of Iraq -- there is some evidence it may have been successful, at least in the short term. But while Republicans kept a united front with President Bush, arguing that the administration's hard line against Saddam was already drawing rich dividends, Democrats were in disarray. Discussions with several Senate Democrats Tuesday suggest disagreement over the timing of a congressional vote on whether to give the president the authority to use force against Iraq, how much time to give U.N. weapons inspectors, and whether U.S. troops should be sent into Iraq at all.

"I think there's a lot of confusion among a lot of people about how big a threat is Saddam Hussein right now," said Sen. Tom Harkin, D-Iowa. "It's odd that two months ago Saddam Hussein was not a threat. And in two months, all of a sudden he's become a major threat to world peace and stability. What's happened in those two months?"

Harkin said Iraq's announcement Monday that it would allow U.N. weapons inspectors to return should affect any congressional vote to authorize force against Iraq.

"I think we need to have some more briefings on it to find out exactly what this means," he said. "I think now we have to find out how this is going to play out with the inspectors, and see what the U.N. wants to do about that. I hope the administration doesn't just reject it out of hand ... I think we should see what happens."

Clearly, Harkin does not speak for all Democrats, but that's just the point. Democratic opinions seem to run the gamut, from those who remain unconvinced that war with Iraq is necessary to those calling for quick, decisive action.

Others simply went running for cover. When asked if Saddam's words could be trusted, and whether inspectors should slow the congressional timetable on an Iraq vote, Sen. John Edwards, D-N.C., said, "I'd like to read more about it first," before quickly ducking into a lunch meeting for Senate Democrats.

For the most part, Democrats continued to try to walk the political tightrope the president has placed them on. Senate Majority Leader Tom Daschle, D-S.D., tried to finesse the issue again, indicating there would be strong Democratic support for some kind of resolution regarding Iraq, and for voting on such a resolution in the next couple of weeks.

But Daschle tried to shift the spotlight back to the White House, saying it remained unclear what course of action the administration decided to pursue in Iraq. "We need to have a more clear-cut understanding of what the president is thinking," Daschle said. "We don't know what the administration wants to do."

Daschle may get a better idea of what the administration has in mind Wednesday morning, when he heads to the White House for a breakfast meeting with the president.

But other Democrats, like Harkin and Sen. Tim Johnson, D-S.D., are particularly sensitive to the issue in part because they face competitive races this November. When asked if he would support the use of force in Iraq, Johnson said, "I'll look at a resolution when it's presented." Johnson said the showdown between the U.N. and Iraq could affect the timing and language of any resolution Congress votes on, but he added, somewhat ambiguously, "the United States is free to do whatever it chooses to do, but I do encourage the president to work both with the United Nations and our allies when at all possible."

Sen. Byron Dorgan, D-N.D., sounded unconvinced that military action against Iraq was a good idea. "Well, Iraq poses a threat, but I could give you a half a dozen other countries that pose a threat as well," he said. "At this point, the president has not asked us to respond to a resolution that he is asking for the authority to use force. If and when he does, we'll have that debate and I'll make a judgment."

Sen. John Kerry, D-Mass., said, "Saddam Hussein should not be left off the hook just because he sent a letter to the United Nations." But, Kerry said, the letter "opens a door" to the possibility that there could be a solution to the Iraq crisis that stops short of a United States, or NATO, invasion of Iraq. Kerry strongly hinted that if and when the administration sends its resolution to the Hill, there may be a competing resolution introduced by some Democrats -- one that articulates support for the president's position, and for his decision to work through the United Nations. But that resolution would likely stop short of an unconditional OK to use United States troops to oust Saddam Hussein.

House Majority Leader Dick Armey, R-Texas, said he did not support the idea of having competing resolutions appear before Congress. "I for one will not try to second guess the White House or the commander in chief," he said. "I don't think that's an appropriate response. To me, the only resolution that would be relevant would be that one that is requested by the White House."

Armey says he has not been involved in, nor does he know of, any conversations between Congress and the White House over the language and timing of a resolution. But Sen. John McCain, R-Ariz., says Republicans in Congress have been working with the White House on language of a resolution that could be sent to congressional committees for debate as early as the end of this week.

McCain said he hopes House and Senate committees will begin debating the resolution in committees within the week, and is optimistic an Iraq debate may begin on the Senate floor by the beginning of next month. McCain said the White House's resolution would likely look "something like '91, without the Security Council language." In 1991, the Congress authorized the use of force to drive Iraqi troops out of Kuwait only after Iraq ignored Security Council resolutions demanding an immediate withdrawal. But importantly, unlike 1991, the new language from the White House would call for the ouster of Saddam Hussein, something many members of the United Nations are less willing to support.

McCain said Iraq's letter to the United Nations welcoming inspectors back to their country will not slow Congress' move toward a vote on this issue. "I'm confident we will continue what we have envisioned before the letter came" -- a vote authorizing force in Iraq independent of any action by the United Nations.

That was echoed by moderate Republican Olympia Snowe, R-Maine. Snow said that she has not made up her mind whether to support the use of U.S. troops to depose Saddam, but that Congress should proceed toward voting on a resolution. "We can't condition our actions on what may or may not take place at the United Nations," she said.

McCain says he expects some Democrats to push for a delay in the vote, and said that decision may have more to do with political philosophy than electoral politics. "They'd rather see whether the inspectors succeed or not," McCain said. "I understand their argument, I just don't agree with them."