In defense of the Rolling Stones, the Who and the Other Ones: Anyone who says rock 'n' roll is just about youth is a critical fascist. 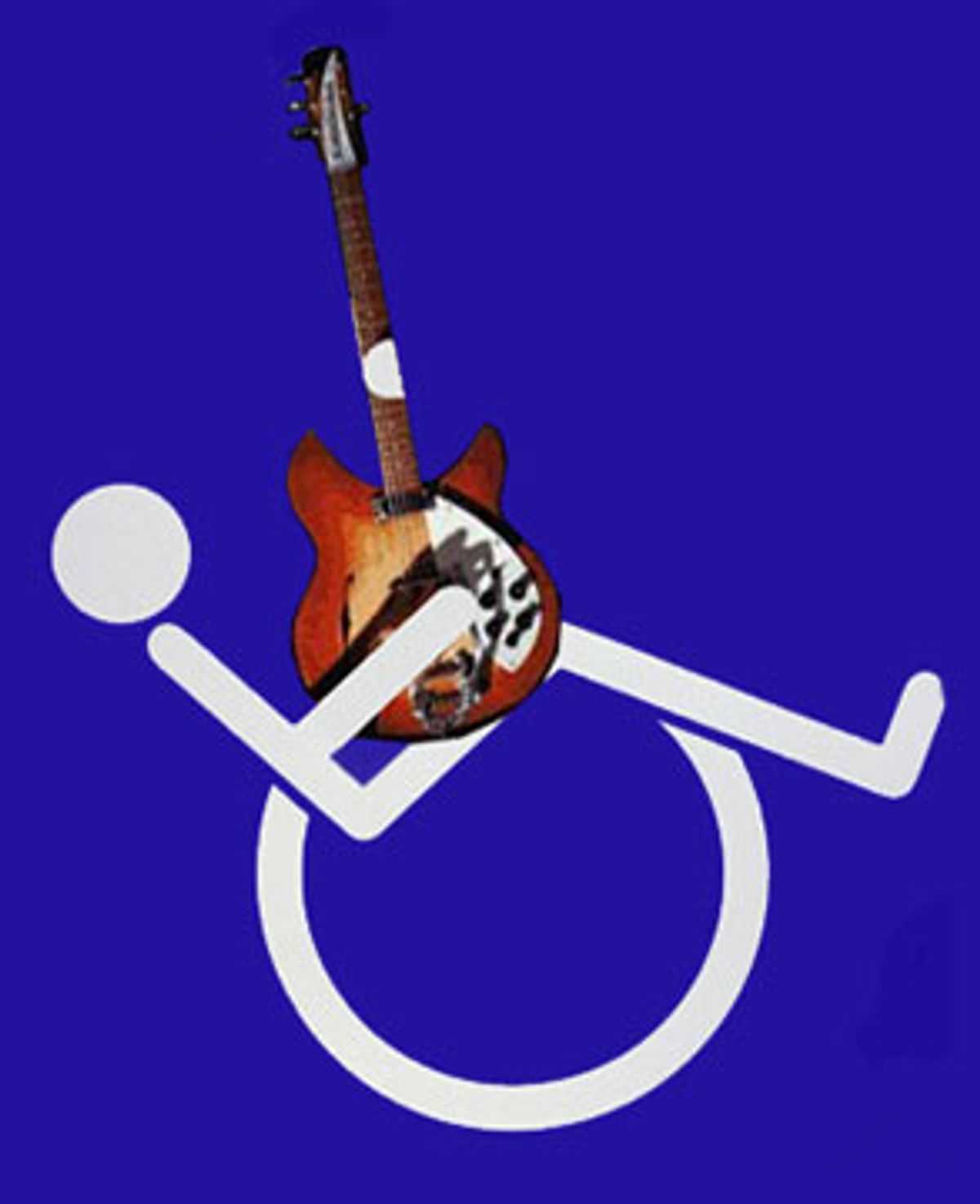 It's the season of the living dead rocker. The Who proceeded with yet another reunion tour before rigor mortis had set in to the four-day-dead body of bassist John Entwistle. (Average age of surviving original members: 57.5) The Rolling Stones -- with founding guitarist Brian Jones still dead and founding bassist Bill Wyman still retired (he's 65 now) -- are in the third week of their British reinvasion. (Average age of remaining original members: 59)

Seven years after Jerry Garcia died, all the living members of the Grateful Dead are launching a fall tour as "The Other Ones" (eschewing the hallowed name in a bow of respect to Garcia). (Average age of surviving classic members: 58) Even the Doors are finally admitting -- 30 plus years down the line -- that Mr. Mojo Risin' isn't coming back from his African hideaway and are ready to resume performing without him. A world tour is threatened for 2003, after a September California gig. The Cult's Ian Astbury will wear the leather pants.

It seems that all the rockers who ever rocked insist on rocking on. Heedless of the passage of time, changing pop fashions, their long-gone youth and vitality, the damage they're doing to their legacies, these old men have taken Neil Young's "rock 'n' roll will never die" a hell of a lot more seriously than his "it's better to burn out than to fade away."

And more power to 'em.

Because, yes, in rock 'n' roll heaven we know they've got a hell of a band. But we can still cobble together a decent one down here. Still, it's easy for knowledgeable old fans or critics -- or sourpusses who never got the appeal of these bands in the first place -- to write off the people snarfing up tickets for geriatric rockers as suckers who are supporting a charade that embarrasses not just the rockers in question but rock itself.

Part of the fear these almost-zombie rockers imbue in serious rock fans and critics is anti-pop snobbery. Naysayers are haunted by oldies package tours at state fairs where one (if that) original member fronts a band of interchangeable pros to churn out the Oldies That Make You Feel Good, by Wilsonless Beach Boys ignoring their art-pop legacy to wish we all could be California girls one more time. Rock seriosos don't want to think of their precious Stones, Who, Dead or Doors in such lame company.

It is also a point of faith to serious rock fans that rockers did -- or at any rate ought to -- mean it, man. Soldiering on past a certain point, with a certain number of corpses strewn behind, is taken as a sign that the crass desire to cash in is trumping the significance of the art. It suggests that the dread moment has arrived when the money has become more important than the music.

Writers like John Strausbaugh in his "Rock 'Til You Drop: The Decline From Rebellion to Nostalgia" have gotten whole books out of the notion that when rock 'n' roll passes from an expression of unbridled youthful rebellion to professionalism and nostalgia, it ain't worth a damn anymore. The notion of old men rocking seems inherently undignified and pathetic for some reason. (For those with this mind-set, it must have been somewhat of a relief when it turned out that cocaine, rather than mere decrepitude, contributed to Entwistle's fatal heart attack.)

But rejecting the still-living possibilities of classic rock bands relies on an attitude toward rock that deifies it and demeans it simultaneously. It's more fair -- and truer -- to view rock music not as a best-unsullied Romantic Art, nor as an eternal expression of a visionary instant that requires preservation in the amber of memory. Better to look at it for what it is: For its makers, it's both a job and (probably) a pleasure. The real conundrum is not, Why do these grizzled fools go on? but, Why aren't they all on the road nine months of the year, every year?

For its consumers, rock is a purely personal, even if communal, entertainment experience. Who cares if it was something vital and fresh that has been transformed through age and repetition into nostalgia? The passage of time turns the love of anything to nostalgia. Being part of rock's first defining audience is no crime, and it would be cruelty to deny the boomers every aging human cohort's right to indulge in nostalgia. Those who insist that rock 'n' roll must be about youth and rebellion and represent some sort of Dionysian explosion are being critical fascists.

It's tempting to despise what these old bands have become, especially for those whose passion has turned possessive. I attended the very first post-Entwistle Who show, at the Hollywood Bowl in July, and as someone who had a deeply emotional teenage fanaticism about the Who's music, I found parts of it dispiriting. But I was surrounded by people whooping it up when "Who Are You" came along and pumping fists to heaven during the "teenage wasteland" climax of "Baba O'Riley."

They don't even get the Who, I found myself thinking sourly. But it dawned on me later: I was being a pretentious jerk.

It took Judas Priest -- as it so often does -- to really make this lesson sink in. Those codpiece codgers are forging on, even though famed frontman Rob Halford has long since hung up his chaps. But to get back on the road, Judas Priest did something amazing: They recruited a young American mook from a Judas Priest tribute band to replace him on lead screech. (This inspired the Mark Wahlberg vehicle "Rock Star.")

The important thing for me, however, is that I never had any emotional attachment to what Judas Priest meant, man. So when I finally saw them in August at the House of Blues in L.A., I just banged my head gleefully along with everybody else. It made me so happy to see the whole room hear "Living After Midnight" and "Another Thing Coming." We all loved it. Condemn it as nostalgia if you like, but part of our very real pleasure was rooted in how long those songs have been part of our mental landscape. Our joy was magnified because the show was a communal celebration of songs most of us had been enjoying since we were teens. Nostalgia might be a nasty name for cultural depth and resonance.

Pete Townshend's youthful pronouncements have propped up rock as the Way, the Truth and the Life more than any other rock pundit. He hyped rock as a transcendent spiritual path; he hoped he'd die before he got old. So it's ironic that he's also led the way in crafting a newer, truer way to imagine his relationship to the music and the audience. He was one of the first rockers to openly defend his right to sell his work for advertisers regardless of an audience member's personal association with the song. And he's one of the most high-profile rockers to keep coming back to the stage -- even after he'd told the whole world he wouldn't, several times. If you think about it, Townshend is claiming the right to be what he is: a professional entertainer. As he said in his announcement that the Who tour would proceed without Entwistle, "We are musicians, entertainers. We can do it."

Was it just money, not art, that made Townshend step over the body of his oldest pal just to rock on? In a way. But the business realities of canceling a huge tour on the eve of its launch would harm not only the band but also all the other people -- merch salesmen, venue staff, riggers and roadies -- who depend on them for their livelihood.

For those who insist on taking rock seriously as more than just entertainment -- who believe their meaning trumps anyone else's -- it will be hard to look at all these reunions, revivals and reappearances calmly. But it's something that rock audiences, particularly the kind of serious, erudite rock audiences that take things like "legacy" seriously, need to consider.

There is a realm between the purely crass and the empyrean romantic. It's called the world of work -- and of pleasure. It's where the work of these aging, best-days-behind-them rockers is best situated. It's also the world that most of us live in -- more or less happily -- and deserves respect for that reason as well.

We'll never know if the Grateful Dead's Phil Lesh is truly getting off on the thousand and first time he segues from "China Cat Sunflower" into "I Know You Rider," or if he's just thinking about making a payment on a houseboat, or how much his back aches. It will forever remain a mystery whether Pete Townshend is cursing us as suckers and muttering "I'm too old for this" to himself as he windmills through the climax of "Won't Get Fooled Again" for the thousand and second time.

As with all popular art, we make our own meanings for it anyway. The way we look at what these rocking codgers are doing is more accurately a reflection of ourselves than of them. And if we're fans, being charitable to them becomes a way of being charitable to ourselves.

Brian Doherty is an associate editor of Reason magazine.