Come on in, the water's fine

You really should buy a house. I mean it. Part 1. 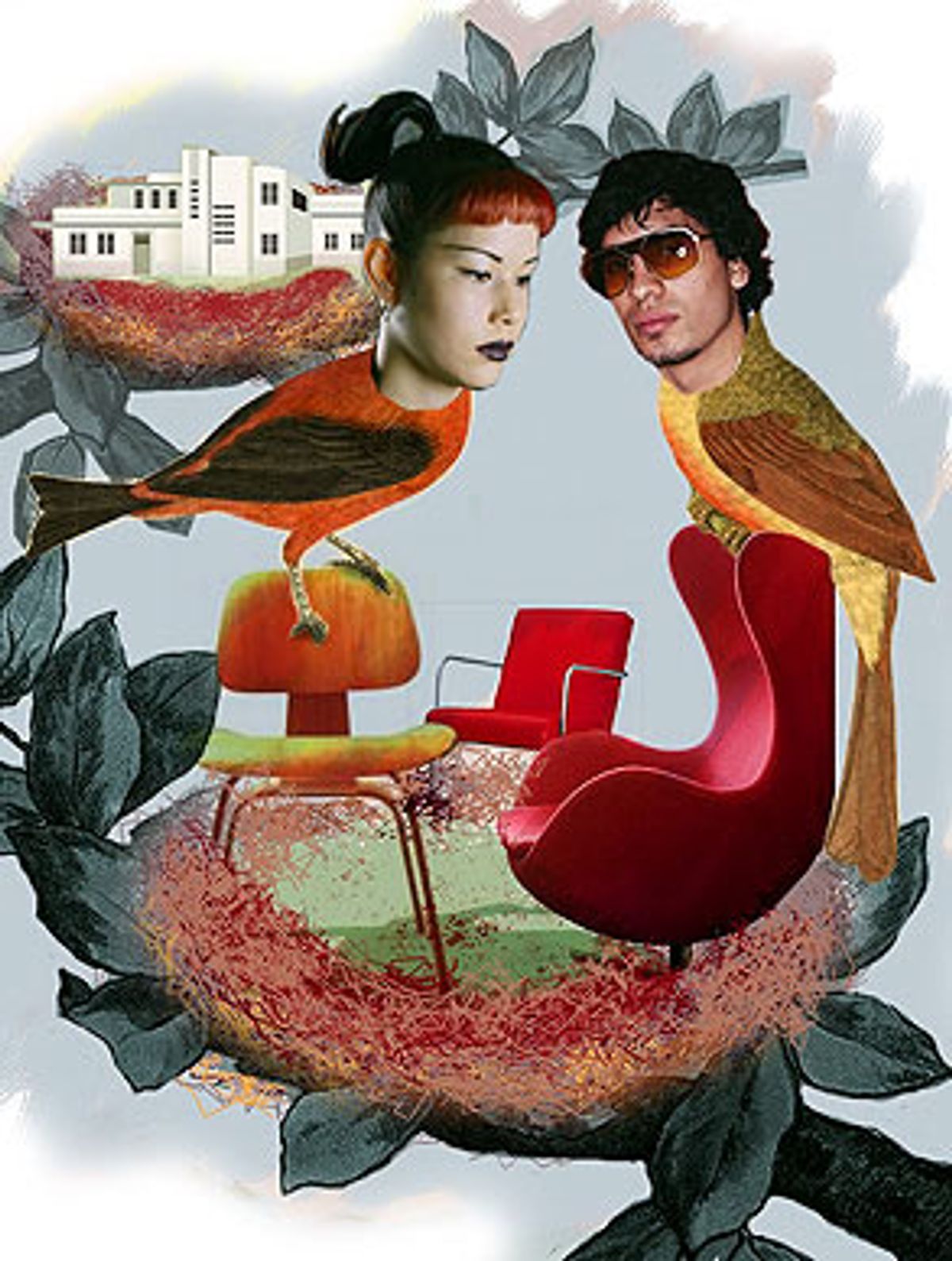 I meet a lot of people who would like to buy a house but think they can't. But if you look around at all the bozos who own houses you have to figure it can't be that hard.

There are, of course, many solid, practical people who played in Little League and didn't miss college orientation night and don't need to be told that they can buy a house because, of course, they know they can buy a house and probably a bigger house than you can buy. I'm not talking to them. They already have houses or are about to buy one, at a good price, in a better neighborhood than yours. I'm not talking to them. I'm staring right over their heads and talking to you in the back there, you staring out into space, you with the narcolepsy.

I'm no expert. I'm another bozo. But, listen, the cab driver next door bought a place and moved to Hercules last week. He was a nice guy, a handsome, soft-spoken, Middle-Eastern looking guy. A few months before he moved to Hercules, he stopped me out front on the sidewalk one morning and he said, "You bought this house, right?" I said yeah, I think I did, kind of sheepish about it but also eager to tell him yeah, I'm a bozo and I could do it so you could probably do it, too. I told him what I'm about to tell you, and then a few months later, there he is with his girlfriend, packing up the rented pickup truck and moving to their place in Hercules that they bought. I was happy all day.

I didn't really give him any concrete advice. I gave him more of a pep talk. I said, "Sure, you can do it, and you should!" The pep talk sounds optimistic, but it is based on the assumption that the world is full of bloodthirsty people who don't give two shits about you. It is based on the assumption that this fundamental awfulness in the world is a good thing and is what will allow you to buy a house.

The way I see it, and, like I say, I'm no expert and you probably smell better than me right now, is that it's to your advantage that the world is full of evil people who don't give two shits about you. Because all they want is your money and your house. If they think they might get some money from you, or a free house, or both, they will sit down across from you at a table and hand you a pen and say, sign this, X that, initial that, for an hour or so and then the county recorder will record a deed with your name on it and you will own a house.

They would love to see you default on a mortgage. That's how I look at it. Because then they get the house. They only lend you 80 percent of its value to begin with, and then they get the whole 100 percent house back. How can they lose? They act like foreclosures are sad and shameful and a big headache but I kind of doubt it. I have a feeling that banks like it when people screw up and, oh, what a shame, they have to come and take your house away and sell it all over again for more money.

So to people who say they don't think they could get a mortgage, I say there's always somebody out there willing to lend you money if you sign something that says if you can't pay it they get the house. I know it's more complicated than that, and it may actually be a lot of work for banks to take your house away from you and sell it all over again for a much higher price when they could have just had your money coming in every month for doing nothing, but seeing it this way keeps my spirits up and makes me feel lean and youthful. It's part of my pep talk.

Here is how we ended up buying a house. We were renting out by the beach. We were in one of two units in a two-unit domicile not protected by rent control in the late 1990s when we noticed little bubbles forming on the surface of the real estate market -- like the bubbles that form in a pot of water right before you put the pasta in -- and we started to feel like vermicelli right before it goes in the water. It was annoying to the point of we couldn't sleep. We thought we remembered seeing For Rent signs all over the city but that seemed like a long time ago.

Suddenly every sidewalk was blocked by Volkswagen Jettas, which came to symbolize the affluent and arrogant youth who were pouring into town to build the World Wide Web. Nothing was for rent and we couldn't sleep so I felt the way you feel when you're out surfing and you're paddling out but you're not quite out far enough and a big wave is coming and you just think "Oh, shit," and you know you have to either paddle faster, really, really faster, and risk getting out of breath just when the wave hits you, or get a big deep breath now and dive down deep and hold on.

Actually, in the water, I just dive down and hold on because I'm lazy and it's rather cool and pleasant down there even while you're being batted around by tons of water, but be that as it may, for some reason, I guess because with the real estate market starting to bubble, I knew if I dove down under the real estate market and held on, I'd come up on the street like a piece of boiled, homeless pasta in a wetsuit. I decided shit, fuck it, my daddy bought a house, my sister bought a house, all these hardworking fashion-negative Chinese people all around me who had the good sense to flee their Godforsaken failed Berkeley of a country have bought houses, so I imagine I, with part of a graduate degree and hundreds of years of equity in my Protestant Americanism, can buy a house.

So I got that book "Home Buying for Dummies." I read it yada yada no big whoop, but being the type who is looking for an angle, I saw in the back an inspector's report and the book said he was absolutely the best inspector and he lived in my town of San Fran so shit, who cares, I called him up.

So many people are in the phone book it's amazing. You can just call them up. Hell, they want you to call them up because they're always thinking maybe they can make some money off you. So I called him up and I said I saw all about him in the book and he sounded great and I was thinking of having our place inspected by him and blah blah blah we had a conversation.

Advice: Have conversations. Just have regular conversations with people. It leads to things. Other advice: Do things differently from other people. If all the people are going through that one door, try the other door and see if you can come out inside the office, behind the desk, and act like Columbo then, patting your pockets for your glasses, saying excuse me.

For some reason he referred us to a buyer's agent. She turned out to make all the difference.

Next week: The buyer's agent: Like having your own personal real estate pit bull.

Mortgage Crisis Since You Asked