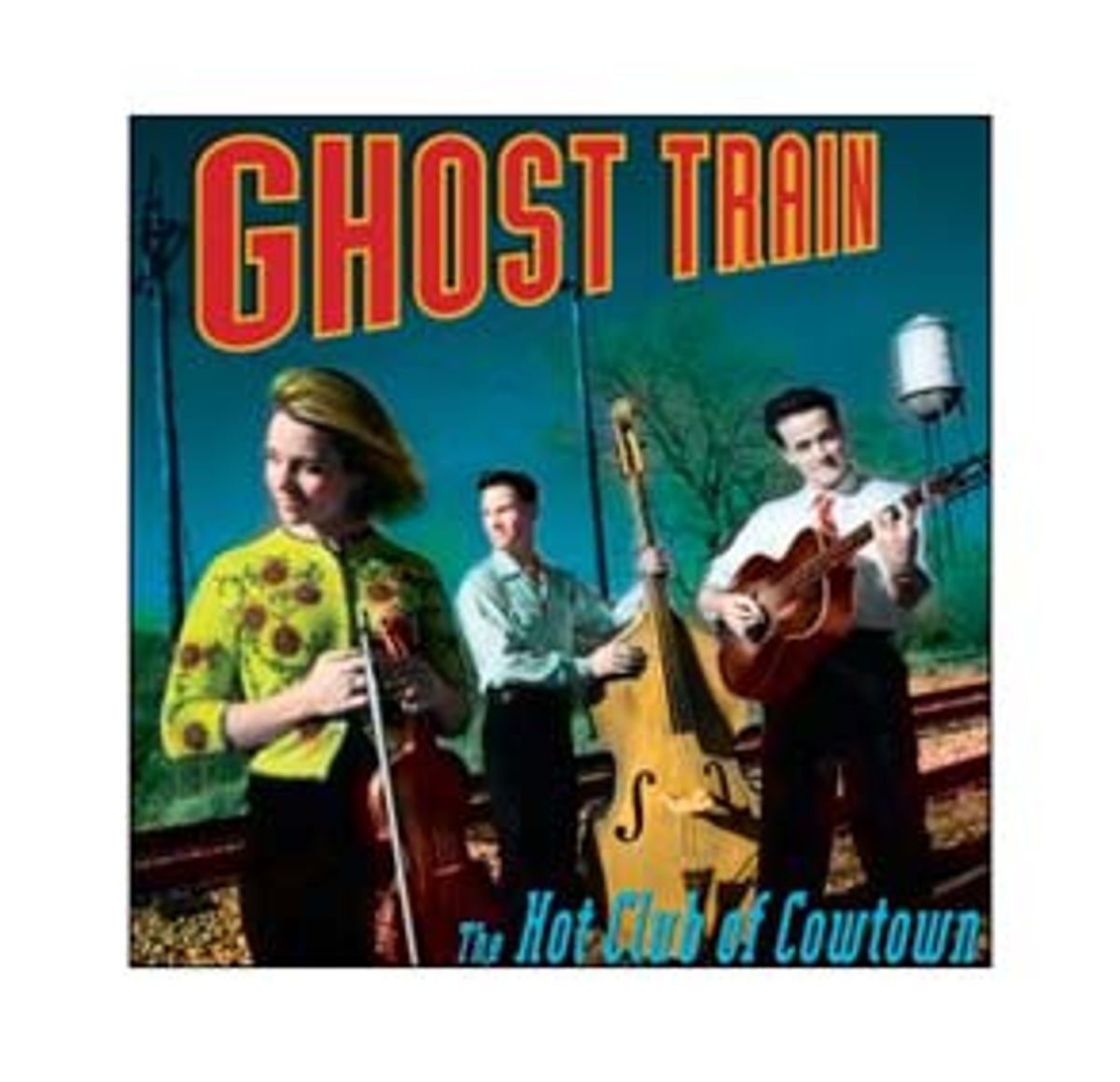 "Ghost Train" is the fourth album by the Austin, Texas, trio of Whit Smith, Elana Fremerman and Jake Irwin, aka the Hot Club of Cowtown. The band's name pays homage to violinist Stephane Grappelli and guitarist Django Reinhardt's influential 1930s swing string band, the Hot Club of France. At the time, and in that context, "hot" indicated a cutting-edge improvisational style of dance music.

The Hot Club of Cowtown plays interpretations of Western swing, early string jazz, and Tin Pan Alley tunes -- and they sound authentic enough to fool listeners into thinking they are stomping their feet to a long-lost recording of genre greats Bob Wills & His Texas Playboys, Joe Venuti, or Stuff Smith. The Hot Club's first record, "Swingin' Stampede" (1998) was, in fact, a collection of the high-energy swing popularized in the 1930s by the likes of Wills, Spade Cooley, and the Light Crust Doughboys.

However, the Hot Club's continued exploration of American roots music has enabled them to evolve into something more than a cover band. Of the 12 songs on "Ghost Train," seven are the band's own compositions, including the toe-tappin' "Forget-Me-Nots" and "Secret of Mine," sung by Fremerman, and "Paradise With You," which features an ever so sweet vocal and guitar performance by Smith. Still, some remakes remain, if unusual ones: Aerosmith's "Chip Away the Stone" is delicately arranged to sound like a dreamy ballad reminiscent of the Roy Rogers-led Western harmony legends Sons of the Pioneers.