Smile, you're on carnal camera

After Italian architect Carlo Mollino died, his executors found more than 2,000 Polaroid photographs of women in his villa -- most of them nude. 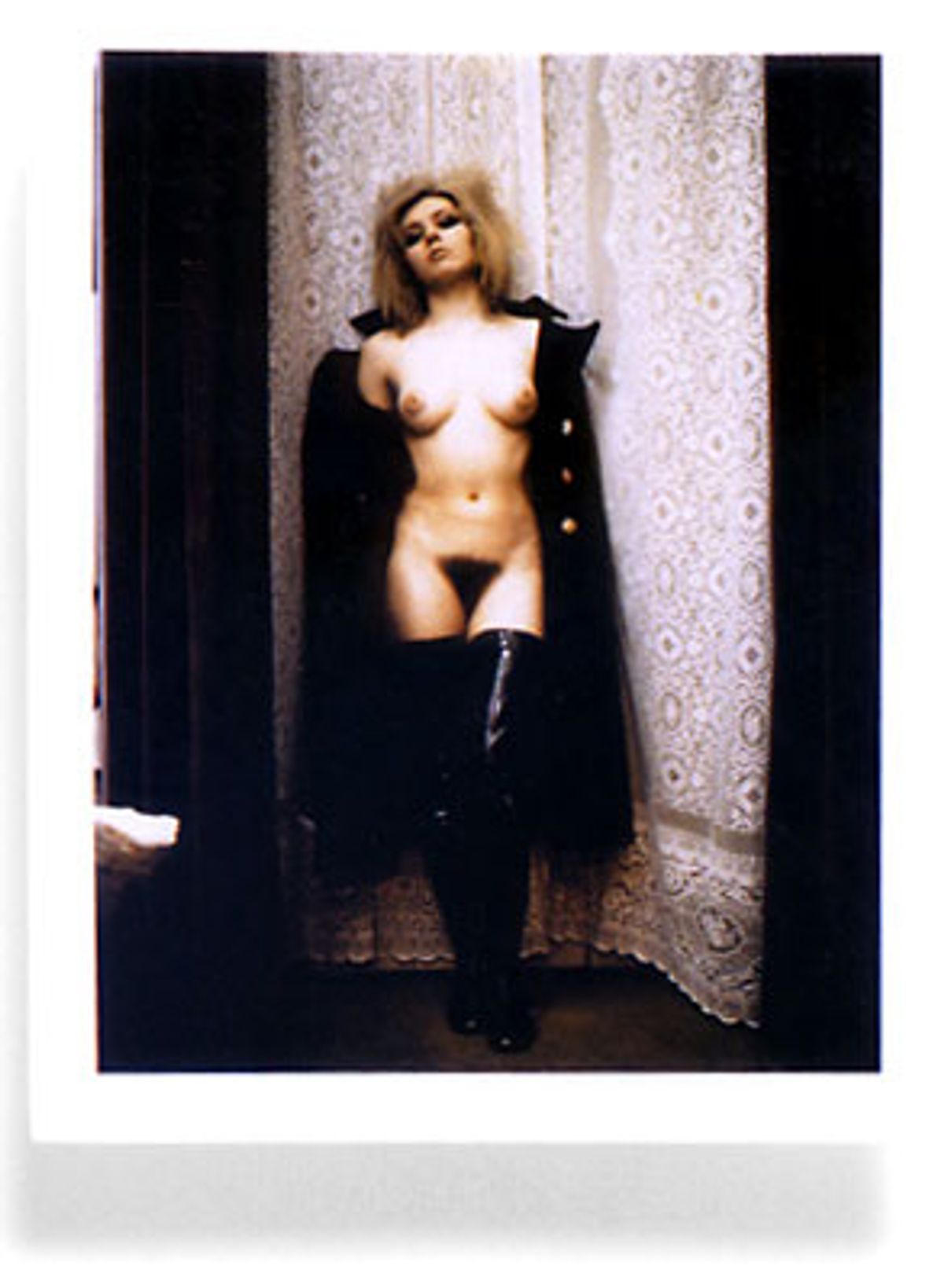 Consider the sensualist loner. Not the sad, lonely man who guiltily slakes his desires in private. The one who acts privately but without shame; in isolation but not in loneliness; who savors pleasure instead of desperately hungering for it.

The Italian architect Carlo Mollino (1905-1973) lived out a fantasy of secret sensualist indulgence that may be a more common desire than we care to acknowledge. In 1960, in the hills above Turin, the city he lived in all his life, Mollino took possession of a two-story villa. He never spent a single night there. To friends or colleagues, the villa was likely a combination workshop and storage facility, a place away from the luxurious apartment he shared with his devoted housekeeper. The name of the place, Villa Zaira, was a tribute to a rebellious female cousin and the only teasing clue as to what took place there.

Those expecting tales of libertine excess or Sadean decadence would do well to stop here before being disappointed. We don't know what went on at Villa Zaira. Mollino took his secrets with him. What he left behind raises more questions than it answers.

After Mollino's death executors found, in an antique cabinet in his home, envelopes containing more than 2,000 Polaroid photographs of women -- most of them nude, all of them apparently taken in his villa hideaway. The photos had been preserved on cardboard backing and slathered with the lacquer that Polaroid recommended in those days to keep pictures from fading. They had been meticulously cataloged by a system we will never know since those executors treated them as no more significant than a pack of pornographic playing cards stashed in the back of a sock drawer.

There are a few things to be gleaned from Napoleone Ferrari's essay, the best of the lot. Mollino, who was interested in many endeavors, produced only a few pieces of public architecture, and worked alone (just as he compartmentalized his friends and acquaintances and business associates). In 1949, Mollino himself wrote, "In the absence of an ideal common interior landscape to interpret the comprehensible sphere of an equally common taste, the architect created an environment for beyond the heavens, that coincides with his dream and is organized in his image: a world that does not exist, that cannot exist except in the realm of Utopia."

Who were these women? Friends, mistresses, models, prostitutes? That many turn up more than once suggests at least some sort of ongoing relationship, whether personal or professional. Just as the fact that Mollino provided clothes and accessories suggests he had very specific ideas of what he wanted. Did the encounters end in sex? It seems impossible that at least some of them didn't, but maybe not. Maybe voyeurism was Mollino's fantasy and these Polaroids are his visions of the unattainable ideal rather than mementos of actual encounters.

What isn't in dispute is that all the models are afforded their dignity. Whatever Mollino's pleasures, degradation doesn't appear to have been among them. (Which is not to take the repressive line that participating in pornography, as either model or viewer, is degrading.) The women are shown almost always in full view, whether standing or reclining. Even when they sit with their legs spread, they are in command of themselves.

Camille Paglia once wrote that a woman with her legs spread is in a position of command, a queen luxuriantly demanding service. That's true of Mollino's models. In several shots models sit backward on a chair of modern design, the split in the thin back of the chair framing their pubis as a velvet pillow might support a priceless gem. Several sit on their knees on what might be an altar. The most striking, a brunette, is attended by a single candle lit on either side of her and a hanging gold sculpture bursting like the sun behind her head. She is a deity awaiting obeisance, and Mollino's camera is ready to give praise.

One remarkable series shows a model in four distinct personas. The first is as a blonde in a short, fashionable minidress. Next she appears nude except for what seem to be thigh-high leather boots. In the third photo, she has become a brunette with a grass skirt and flower in her hair, looking like what sailors dreamed of finding on a South Pacific island. And finally she is nude, her dark hair pulled into an upsweep as she sits on a fur rug, her head tilted up and her expression both expectant and composed. She could be Cleopatra or a bullfighter's mistress. She is linked, in all four photos, by her heavy cat's eye make-up, upturned nose, the exquisite hollow of her cheeks. It is impossible to tell if she was a blonde or a brunette, if she's wearing a wig or has dyed her hair. She is every woman, traveling both time and the globe, appearing in a new guise like a figure in a recurring dream, but remaining essentially the same.

But who knows what happened when the camera was put down? And who's to say that the cool control of these photos was not the record of a privately sustained rapture?