Beck roughs up his voice and drops a record of dusty heartache ballads that would make Hank Williams weep. 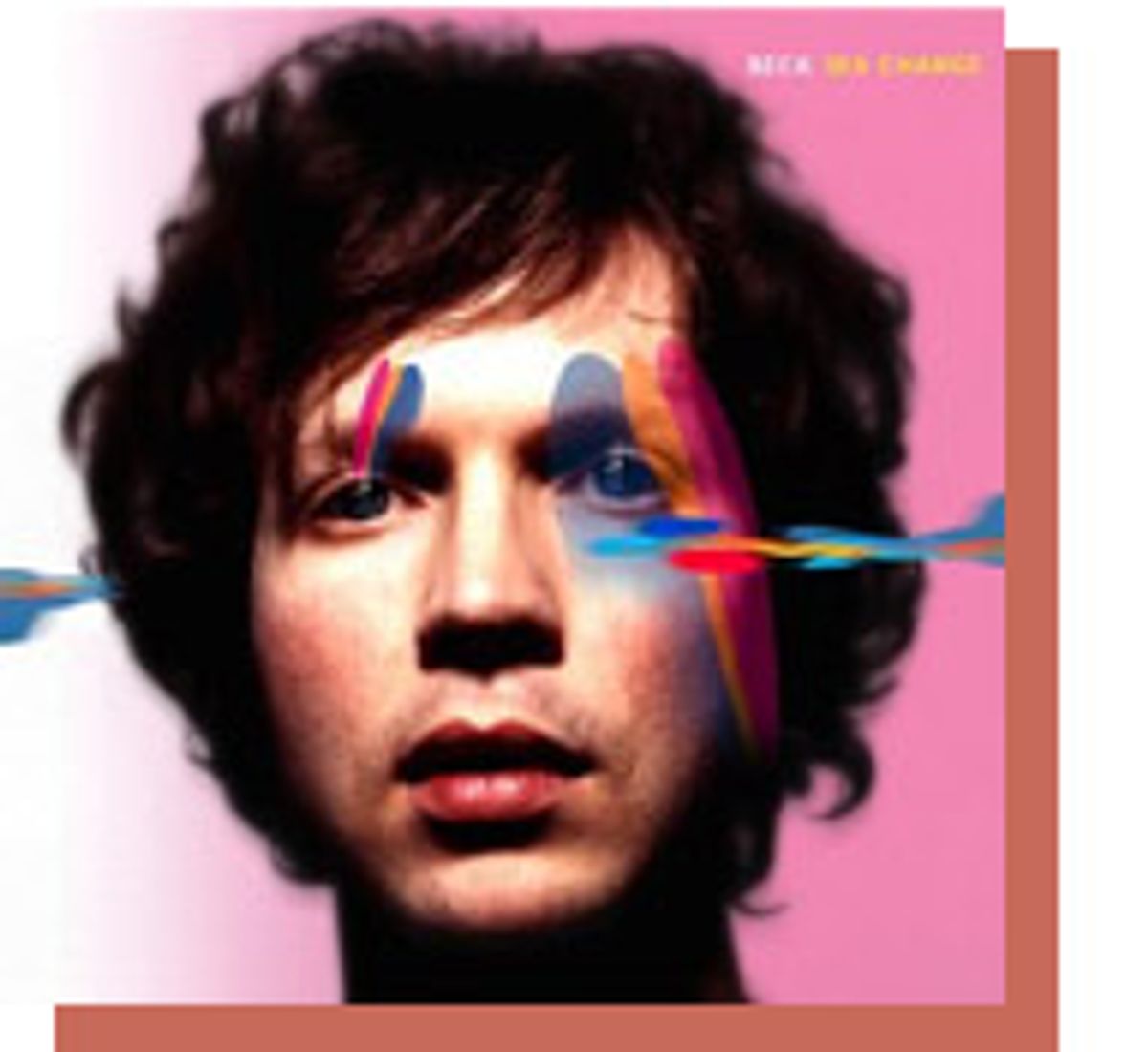 If the mumbling, unshaven, almost-poet John McCabe, Warren Beatty's character in "McCabe and Mrs. Miller," were having a heart-to-heart with Beck after listening to his new LP, "Sea Change," he might say, "If a frog had wings, he wouldn't bump his ass so much."

The rough translation: Times are tough, but if only we were different, they wouldn't be.

Beck's "Sea Change," his first album since 1999's saucy "Midnite Vultures," is all about the tragedy of not being someone else -- and of having to reckon not only with who and what we are, but with how the stupid things we do shape our destiny: "It's only lies that I'm living/ It's only tears that I'm crying/ It's only you that I'm losing/ Guess I'm doing fine," he sings in the ultimate gesture of resignation.

"Sea Change" is one doleful morsel of a record, a whole universe away from the playful freeway of "Midnite Vultures," or even the introspective inventiveness of "Mutations." It's a classic breakup record: According to the lore, Beck wrote nearly all of the album's 12 songs in a one-week burst in 2000, after breaking up with his longtime girlfriend, Leigh Limon. The songs were recorded earlier this year, and you can only imagine that it was a good idea for Beck to give himself at least that much distance from them.

Emotionally open as the songs on "Sea Change" are, they're not particularly raw. Beck is too devoted to craftsmanship to let it all hang out: The record glows quietly with a satiny veneer of refinement, not least because its arrangements have been so meticulously worked out. But the songs' lack of immediacy isn't a liability; in fact, it's probably the very quality that keeps them from sounding mopily self-indulgent. "Sea Change" is a collection of modern country-folk heartache ballads that sound like the sort of thing Hank Williams would have done if he were a Southern California boy with the '70s in his soul.

Not that Beck sounds anything like Williams: Actually, now that his vocal range seems to have deepened, he sometimes sounds a little like Gordon Lightfoot -- and that's not exactly a bad thing. It has always been Beck's way to try on styles as if they were vintage overcoats. "Sea Change," unlike nearly every one of his six previous albums, isn't a mix of styles, and it's certainly not a mix of moods. But for all its controlled evenness, it isn't numbingly monochrome, either: It's something like a psychedelic painting done in shades of gray, a somber decoration for a quiet, lonely room.

What's astonishing about "Sea Change," though, is how remarkably unclaustrophobic it sounds. Many of the lyrics are about shutting oneself away, licking at real and imagined wounds to the point of exhaustion: "Lonesome tears/ I can't cry them anymore/ I can't think of what they're for/ Oh, they ruin me every time," Beck sings in a voice drained of whiny complaints -- it's the voice of a man too spent even to whine.

And yet if the words on "Sea Change" lead us to picture a lonely musician locked in his room ("Perhaps going outdoors a bit would help, darling," I kept wanting to offer helpfully), the music actually sounds ripe and expansive in its mournfulness. "Sea Change" isn't a pinched, self-pitying record, but one that stretches out like an ocean horizon. (It was produced, beautifully, by Nigel Godrich.) Beck has written music that hints at possibilities his lyrics can't yet begin to fathom: The words are still hanging around sad-sackville, while the music is thinking that maybe tomorrow, or the next day, it just might be time to dust off the old rollerblades or surfboard.

You can hear that cautious optimism in "Lonesome Tears," just one song made with Beck's characteristic attention to sonic detail. It's hardly cheerful-sounding, but it moves forward so resolutely that it speaks only of hope. Beck has draped "Sea Change" liberally with string arrangements; they pile up, softly, like multilayered chiffon scarves in watercolor tones, adding body to the songs but not padding them with extra weight. In some places, Beck leaves the sound slightly and deliberately raw: "Lost Cause," perhaps the prettiest song on the album, is a pure folk-country ballad spun gently from threads of acoustic guitar, banjo and glockenspiel. It's also one of the few songs on "Sea Change" that's even vaguely accusatory: "Your sorry eyes cut through the bone/ They make it hard to leave you alone/ Leave you here/ Wearing your wounds/ Waving your guns at somebody new." And even those words are tame as accusations go. Mostly, Beck sings as if he assumes responsibility for every twist and turn of failed romance. He's like a gentleman gambler who feels compelled to pay off the lady's debts, too.

But nothing on "Sea Change" answers the crucial question: Is this a good time to be making such a downer of a record? The record scans like an act of stupid bravery -- and that makes it even more likable. You could argue that Beck, a well-respected artist with an established fan base, can probably afford to make a very unshiny, unhappy record. But with the record industry in such a bizarre place right now -- where the big sellers sell very big, and everyone who isn't trying to mimic them is scurrying for cover, or at least some kind of survival -- can anyone afford to make a record that's as contemplative and as quiet as a small, silvery-gray cloud?

Apparently, if Beck can't afford it, he just doesn't care. (Much of the record was available online long before its release anyway -- a reflection of the weird reality that now we almost always have the option of having our way with the music whether we pay for it or not.) What Beck does care about is burnishing his arrangements to perfection, or roughing up his vocals until they're appropriately dusty and suedelike. On some level, caring that much must be its own reward, and in the current record-buying climate, it may have to be. We're living in funny times when the best thing you can say about a record like "Sea Change" is that it sounds like something worth paying for.