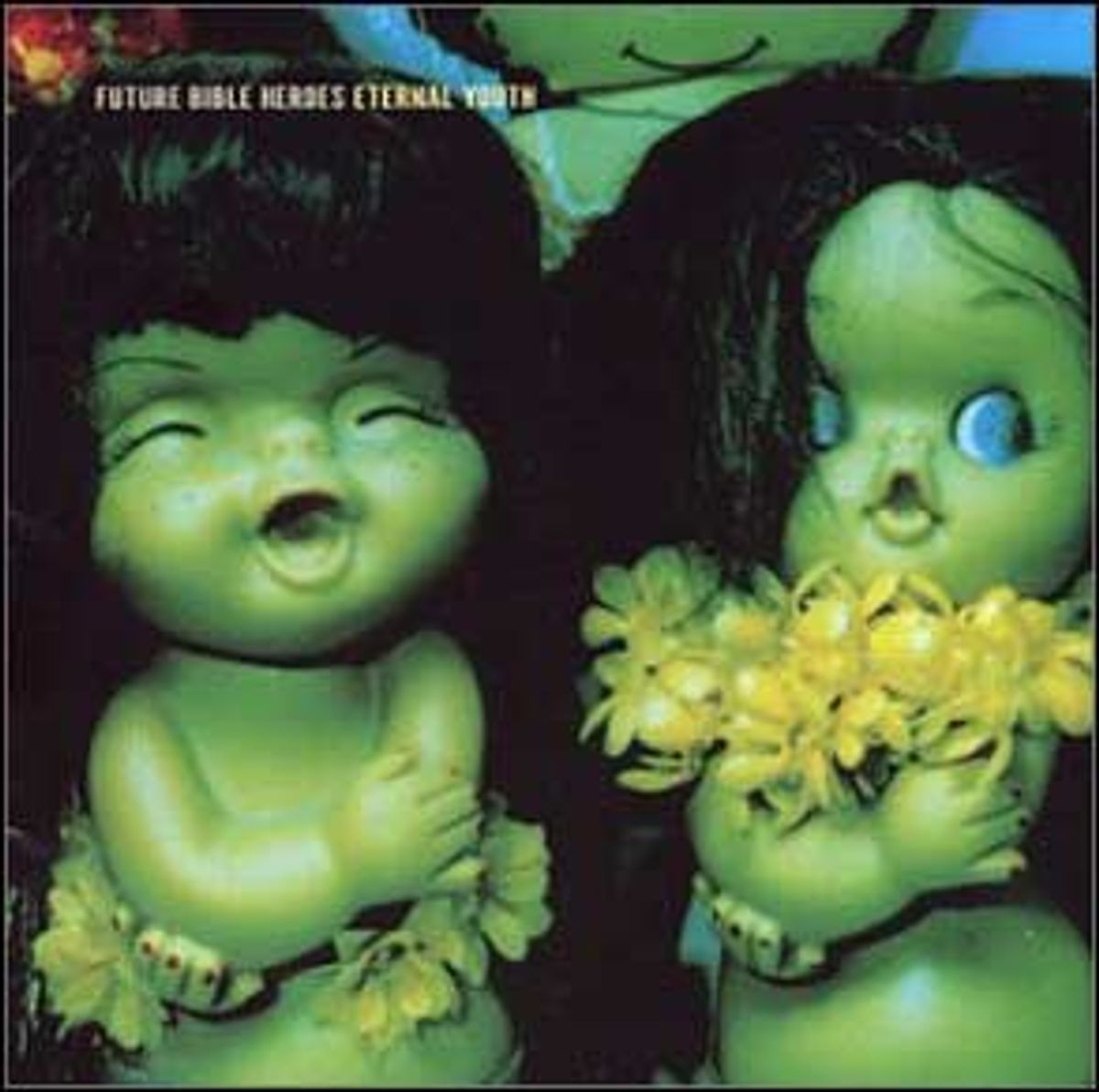 Modern-day encyclopedia of song Stephin Merritt, the mastermind behind the Magnetic Fields, likes to spread his songwriting talents freely. Besides the Fields, best known for their 1999 masterpiece "69 Love Songs," Merritt has appeared as part of the mock-Goth ensemble the Gothic Archies, as one of the Three Terrors, and as a solo artist (with the soundtrack to last year's film "Eban and Charley"). Merritt's most fully realized side project, though, is his collaboration with former Figures on a Beach keyboardist Christopher Ewen as the Future Bible Heroes.

On the Future Bible heroes' second full-length album, "Eternal Youth," Merritt is as usual a one-man Tin Pan Alley, tossing off a dozen witty pop aperçus. But the album belongs equally to Ewen, whose churning and complex synthesizer arrangements give depth to Merritt's lighter-than-air musings. Singer Claudia Gonson, Merritt's manager and the Magnetic Fields' piano player, has long been a highlight of the Fields' live shows; she comes into her own as a singer on this record, giving winsome voice to Merritt's arch sentiments.

The campiest of the nu-disco songs on "Eternal Youth" is the delightfully over-the-top "I'm a Vampire," on which Gonson sunnily declares herself "the bitch goddess from beyond your grave." And on the album's best track, "Losing Your Affection," Gonson deftly weaves her way through Merritt's Porteresque lyrics: "I would rather rub the hair of a bear in her lair/ In the opposite direction/ I would rather put the make on a rattlesnake/ Than be losing your affection."