Isabelle in the bath

The personal sexuality of actors and stars may be the only mystery they are actually allowed. 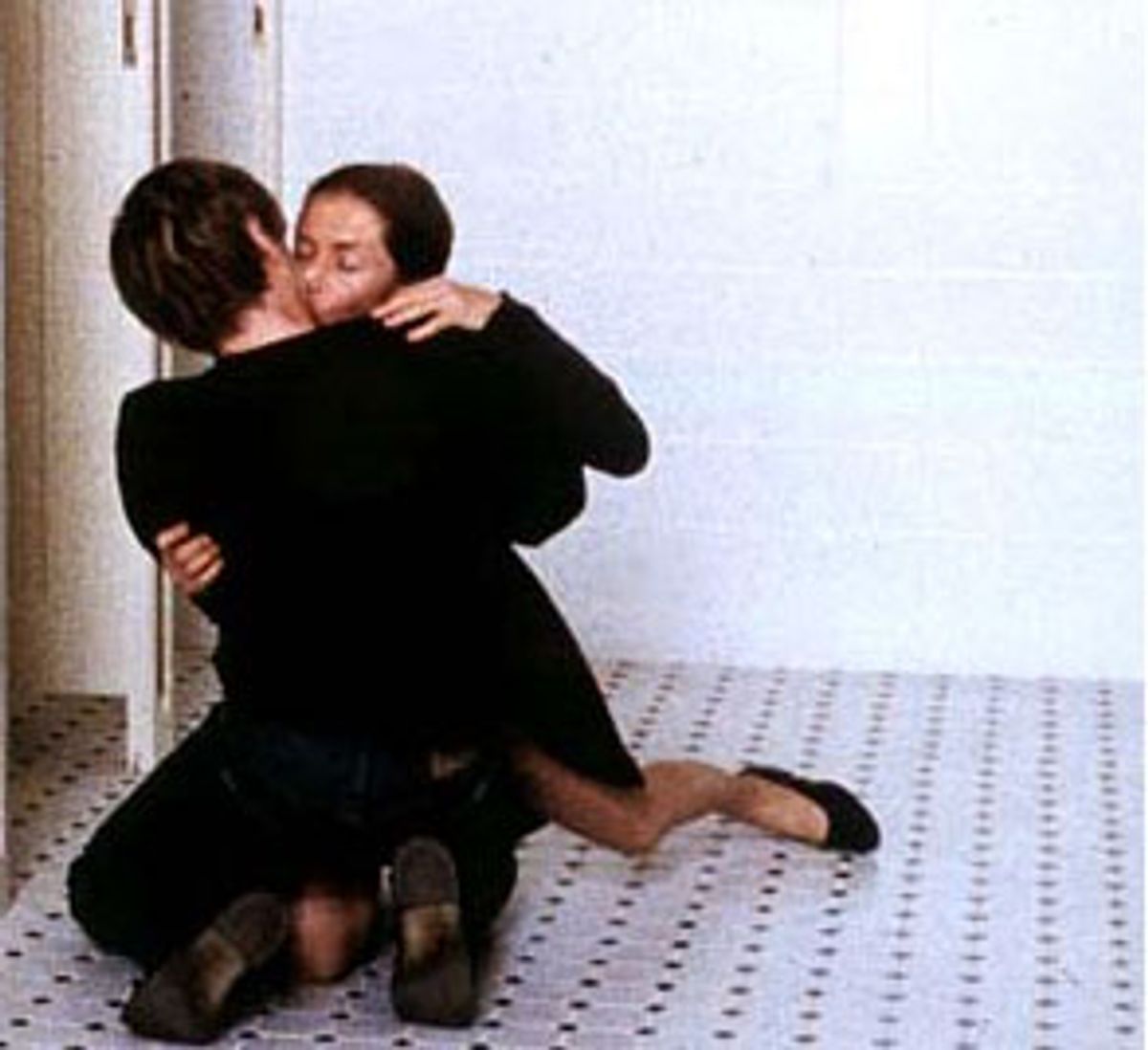 As I sketched last week in my outline of Michael Haneke's film "The Piano Teacher," I wondered over the precise nature of actress Isabelle Huppert's beauty in the lead role, and whether her masochistic character was happy or unhappy. And I tried to suggest that the fate or predicament of Erika was significantly affected by the hiring in of Huppert. After all, in the scene where Huppert steps into her bath, clad in just a loose robe, and, with mirror and razor, cuts at Erika's sexual parts, it's hard not to take on the question of who is hurting whom? And why? And yes, she might be shaving herself, or trimming Erika's pubic hair, but there is blood in the bath.

No, it's not Huppert's blood, I'm sure; and Erika is what you might call a bloodless creation -- though not necessarily "anemic." The blood is just red, there in the bath, or poured in by some out-of-sight props person so that it may be discovered eventually, as evidence of self-inflicted damage.

Still, it's a tricky moment to judge. Huppert won the acting prize at Cannes for "The Piano Teacher," and there was a lot of talk about how brave the performance was. No, the suggestion of courage isn't because Huppert had to cut herself to get at Erika's pudenda. I think it's more on account of a kind of self-revelation -- the willingness of the actress to play in such nakedly emotional scenes. But "nakedly emotional" makes you think you can actually see what is happening. Whereas in that bath scene, no matter that Erika uses a mirror to see exactly, we don't see what she is doing. The camera does not track and tilt and squirm like a male member, to get a better view, to gain access. There is not even a cutaway close-up of the erogenous zone, so that we can know exactly where the blade bites.

Why not? It's not, really, that too much about Haneke encourages notions of tact or taste. I suspect it's rather more that, having cast Isabelle Huppert -- a kind of icon, after all -- he flinched from asking that much of her. If you recall, on "Last Tango in Paris," Bernardo Bertolucci admitted that he had taken a few shots in which Marlon Brando's private parts were visible. But in the event, he had felt such awe of Marlon, such childlike respect, that he could not actually reveal the great Nebraskan penis of the Marlon (it is said to be uncircumcised). Not that he ever mustered the same reverence for Maria Schneider, who -- you may recall -- is stark naked for much of the film. But Maria Schneider was an unknown then. She didn't have the status -- just a great body.

That sort of sexual discrimination should always be stressed, and it always disfigures the making of frank, artistic and important films as much as it does trash. Yet it is not quite my main point here. On "Last Tango," Brando himself winced at Bertolucci's early suggestion that he and Schneider should really "do it" for the camera. Brando was old-fashioned enough to reckon that actors didn't, shouldn't, could not do such things. Because, if they did, then every film would suddenly become a creepy, voyeuristic documentary instead of a profound, far-reaching fiction.

Now it's easy to understand what Brando felt, I think. But it's a great mystery as to why a terrible confusion of actor and character occurs with fucking, say, but not with kissing, breathing, walking, thinking or just standing there and letting yourself be photographed. In other words, the ultimate secret -- the personal sexuality -- of actors and stars may be the only mystery they are actually allowed. Which would help account for the extraordinary inflation in their sexual legend -- or our passionate need for a kind of privacy, or mystique, to cloak the act.

I was talking the other day to someone whose mother had just died. My friend had helped nurse the mother toward that death for several months. And my friend -- a filmgoer, an enthusiast -- said quietly and simply that it would be a long time before she could take a death in a fictional movie again. Why? Because death is of a height and depth that imitation shames or degrades. And I have sometimes wondered myself whether there might not be a series of events, so profound to life, that simulation could not help but cheapen them -- sexual climax, death, helpless laughter, uncontrollable rage ... breathing.

I know: Once you start, it doesn't leave a lot for acting. And, surely, most of us are moved regularly by great acting, without plunging into that abyss of not knowing actor from character. Well, we hope so, for the sake of acting and fiction. But sometimes a film comes along that asks those questions, and leaves us perched awkwardly on the lip of ultimate decency. "The Piano Teacher" is like that. Not great. Not even good maybe. But possessed by a shocking question.