Aspirin for a severed head

My husband headed to Club Med after divorcing me. I joined Club Dead. 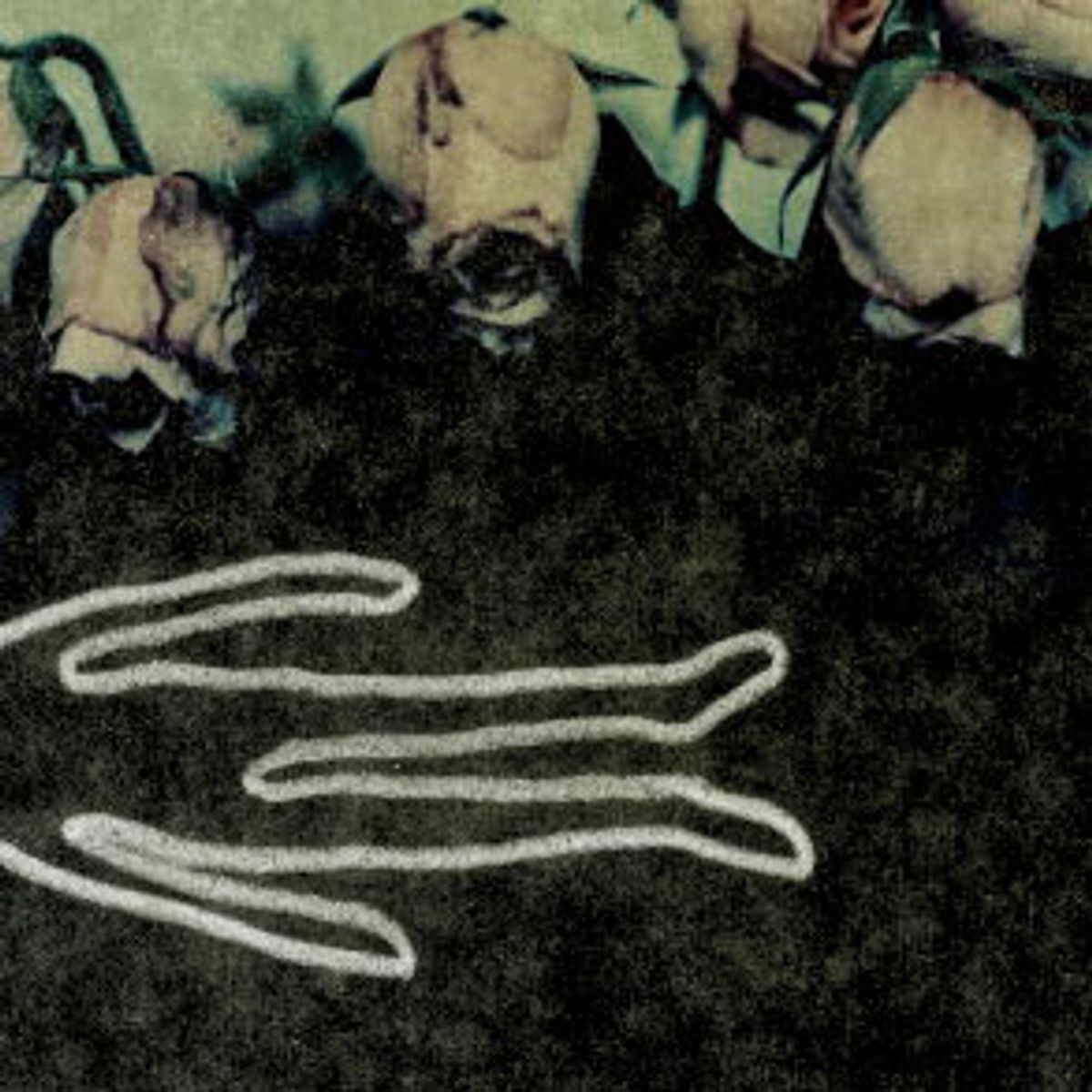 I have been divorced two years this Thanksgiving. (The irony is not altogether lost on me. Bear with.)

I did not believe I would ever get over my divorce, which couldn't have been more painful, squalid or banal. We had just had a baby -- not to save the marriage, I might add, but for the usual joyous, traditional and misguided reasons.

I did not know the marriage needed saving. This shows my general naiveté, something that divorce cures one of forever.

I became a single mother overnight, which is nothing like becoming famous overnight: I believe it is the emotional equivalent of having a stroke. While my estranged spouse recuperated at the requisite tropical island where frothy drinks are served with miniature parasols, I was left holding the diaper bag.

The timing could not have been worse, as I was left to raise our beautiful son at a time when eating or grooming seemed difficult and perhaps unnecessary. (Other activities, such as swan diving off the roof, or driving my car into a cement piling, seemed easy and sensible.) I wanted to die. Unlike my spouse, I did not want Club Med. I wanted Club Dead. Life as I knew it was over, my bills were doubled and my fear and loneliness and sense of complete failure rose like bone dust into the night air.

In a true universe, there would be a place where love and marriages go to die, rapture's own version of the elephant's graveyard. They should not be allowed to dissipate on their own, to float away on some random moment, irrevocable as seed from a dandelion.

There ought to be a body you can bury.

At the grave site: Here Lies the Marriage of Mark and Suzanne, 9/21/96-11/22/00. One could visit the grave, say a few words. Maybe plant a flower, or defecate. It would be up to you. Instead, we are faced with a vague sense of loss and the feeling that a passage has been missed. There are so many marriage ceremonies; there ought to be one for divorce. Instead of rice, people could throw Xanax, Mercedes keys and money for the mortgage.

During the first few weeks, my mother came to stay with me, positioned on the Pottery Barn chair and a half, a kind of angelic sentinel in sweat clothes. She drank Diet Coke and she listened, telling me stories from her own divorce. These stories were not terribly encouraging, seeing as how my father remarried twice and dropped dead at 44. But although my mother wanted to part my husband's hair with an ax, she was happy; I noticed that. She had survived.

Of course, I did not die. Instead, I focused on my extraordinary son and drank midrange chardonnay every night. From the couch, which had become my battle station, I ordered a barrage of mail-order items. I felt like hammered shit every day.

I asked my mother, How long? Two years, she said. My brain did not accept this as viable information. Yes, my mother had been left at 36 with two kids, but that was in the '70s. I announced I could not last that long, that even next month was pushing it. She said, "Oh. Well. Everyone's different, honey."

I walked around my small town with a thought bubble over my head: Person Going Through a Divorce. When I looked at other people, I automatically formed thought bubbles over their heads. Happy Couple With Stroller. Innocent Teenage Girl With Her Whole Life Ahead of Her. Content Grandmother and Grandfather Visiting Town Where Their Grandchildren Live With Intact Parents. Secure Housewife With Big Diamond. Undamaged Group of Young Men on Skateboards. Good Man With Baby in Baby Björn Who Loves His Wife. Dogs Who Never Have to Worry. Young Kids Kissing Publicly. Then every so often I'd see one like me, one of the shambling, sad women without makeup, looking older than she is: Divorced Woman Wondering How the Fuck This Happened.

I remember thinking, This just can't last. Sooner or later my life is going to have to come back from the cleaners. I waited. I was not patient, but I waited. If there'd been someone in a position of authority to upbraid for this, I would have. I would have upbraided most severely.

I asked my divorced friends, How long? Two years, they said.

No no no no no, I thought. This is the new millennium, after all, and I felt certain things could be moved along if only the right therapists or books or audiotapes or workshops or aromatherapy could be found. I was open to seminars, Deepak Chopra, Marianne Williamson, Persian Sufis and Doctor Phil. I was as open as one can be without coming apart entirely. I was the village idiot of self-help.

I got all the books. "Spiritual Divorce," "How to Rebuild When a Relationship Ends," "Dumped," "Crazy Time" and even something called "The Good Divorce," which at the time struck me as the Good Holocaust.

Luckily, I had a good therapist. One with the ability to dispense Xanax.

My therapist said, People tell you to get over it, but they don't tell you how. His insight that there is no magic bullet that will erase the pain and propel one into spanking-new shiny lives, free of lingering trauma, fear and humiliation, was one I could certainly relate to. I felt relieved. I was not doing it wrong.

Time passed slowly, as when one is waiting for aspirin to work on one's severed head.

I got through the first Christmas (or "fucking holidays," as my mother referred to them at the time, incensed on my behalf that Christmas was coming and all I had gotten was abandoned). The first Valentine's Day. The first wedding anniversary. The first divorce anniversary. The pain slowly eased up; the psychic damage was beginning, if not to disappear, then to taper. I stopped wishing him dead, and started wishing him rich so he could send us more money. This did not happen.

And then, just as my mother said would happen, one day I walked down the street with my son and realized I felt happy. Out of the woods.

When people say it takes two years, believe them. Statistically speaking, this is the point in time when one has gotten through it. There is some truth to this -- also some rather flamboyant falsehoods, especially when you have a child running around wearing his face and yours, entwined forever: You have done this, it cannot be undone. You will always have children together; they will almost certainly outlive the marriage in terms of years. It's beautiful and hard all at once. It's marriage and its Siamese twin, divorce. Divorce, which apparently has become the antidote to marriage, although the jury is decidedly out. In the end, it's just life.

Still, I easily relate to what Karen Karbo wrote in "Generation Ex," "There is no statute of limitations on wanting to strangle your ex." I would add that no such statute exists on feelings of affection, anger and even love. You learn that you can love someone and be divorced from them at the same time, in the same way that you loved them before you were married -- except now you know they are capable of ripping your heart out. This changes things considerably. It gives you what time gives you: perspective.

After a couple of years, you can appreciate your ex for who he is and realize that he is separate and distinct from you. You can feel a certain amount of warmth for him, as you do your alma mater, or your car. You can love a car, but you do not attach yourself to the car. You do not buy little gifts for the car, thinking you can win the car over. You do not lose sleep over whether the car thinks you are attractive or if the car is thinking of you too, right now. You do not especially care whether someone else drives the car.

Kierkegaard muses in "Love and Marriage," "We read in fairy tales about human beings whom mermaids and mermen enticed into their power by means of demonic music. In order to break the enchantment it was necessary in the fairy tale for the person who was under the spell to play the same piece of music backwards without making a single mistake. This is very profound, but very difficult to perform, and yet so it is: the errors one has taken into oneself one must eradicate in this way, and every time one makes a mistake one must begin all over."

Or, you can wait two years.