Guy Ritchie and his missus -- aka Madonna -- remake Lina Wertm 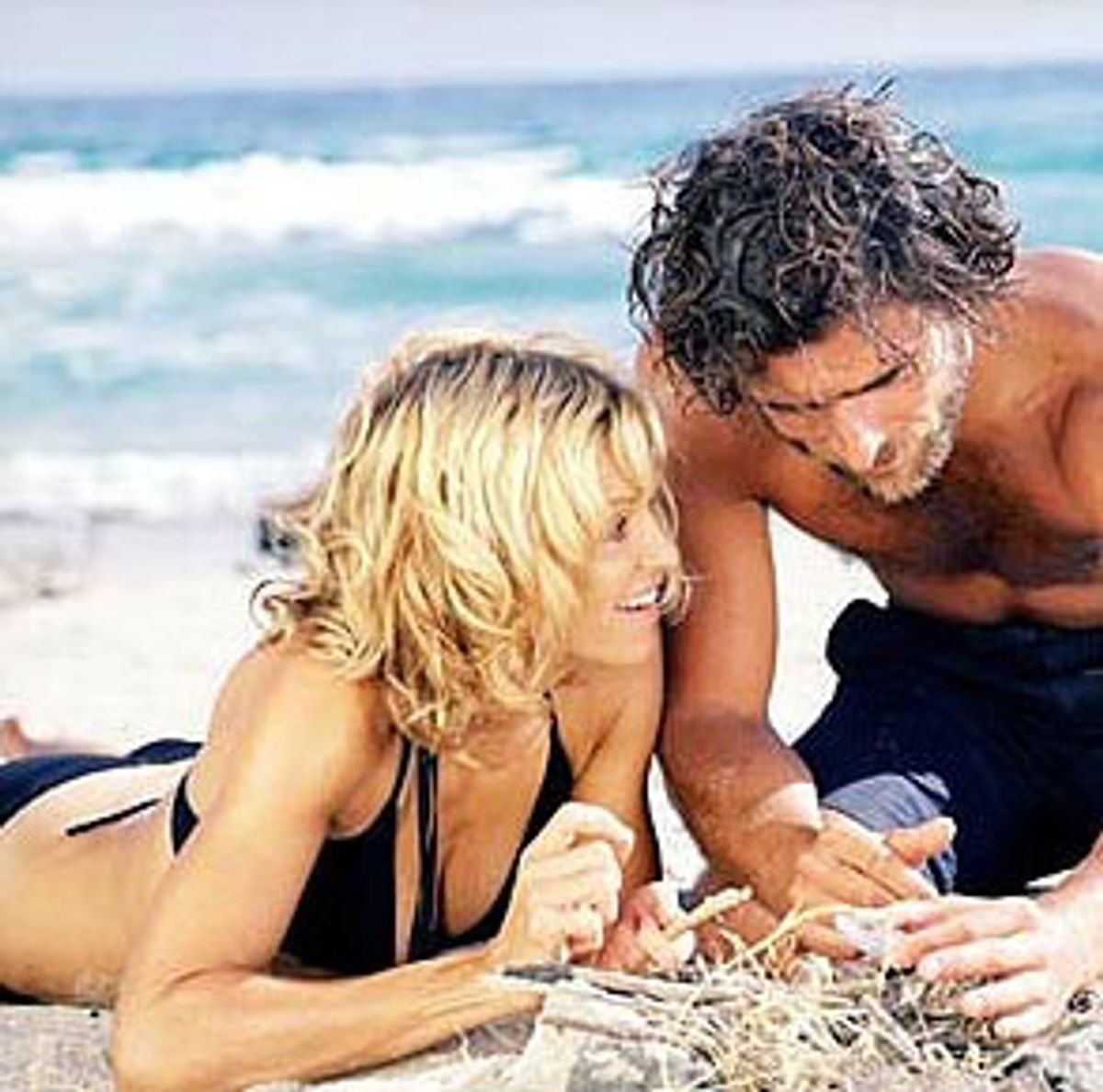 In American theaters, at least, Guy Ritchie's new "Swept Away" isn't dubbed. But it sure feels like it. The characters open their mouths and their lips don't seem to be shaping the right words -- you can't believe any human beings would ever utter such ludicrous dialogue, with so little conviction. But there they are in front of us, for no good discernible reason play-acting their way through a reenactment of Lina Wertmüller's deadly 1974 artsploitation relic "Swept Away ... by an Unusual Destiny in the Blue Sea of August." Not even the greediest capitalists among us deserve such punishment.

Wertmüller's "Swept Away" was bad enough. Ostensibly a piercing, thought-provoking treatise on the evils of capitalism, and an examination of how our deepest drives and desires are shaped by our socioeconomic status, it was really just an excuse for a cheap rape fantasy. A spoiled, loaded broad on a Mediterranean cruise (Mariangela Melato) makes everyone around her miserable, most notably an Italian Communist deckhand (Giancarlo Giannini) who has to suffer her loudest (and boy, is she loud!) and most lacerating insults. When the two of them are marooned on a deserted island, the tables are turned: She becomes his compliant housewife and love slave, and the two find deep happiness, for a time at least, cavorting regressively around their island hideaway.

Wertmüller's film is deadly to sit through, but at the very least, it stands up as a classic example of intellectual flim-flam. Which is to say it's not intellectual at all, but Wertmüller's audacity at thinking she can bamboozle us is fairly spectacular. But Ritchie, the director of this new "Swept Away" (best known, pre-Madonna, for his Brit-Tarantino thrillers "Snatch" and "Lock, Stock and Two Smoking Barrels"), isn't even anything as interesting as a bamboozler. He has no idea what he wants to fool us into believing. He's tinkered with the screenplay, and while it still includes some dialogue about the virtues of communism vs. the evils of capitalism (boy, there's relevance for you), Ritchie seems to have realized that he had to come up with some more current hot-button issues. So he's added some stuff about ecology and pollution -- you know, just to make the sex hotter.

Madonna, in the Melato role, spends most of "Swept Away" in a black bikini, which isn't an entirely bad thing, considering how hard she works on her body. If only her belly button could talk! Then we wouldn't have to listen to her voice. I wouldn't wish the stupefying dialogue of "Swept Away" on any actress, but to watch Madonna flounder through it is more punishment than I can bear. I have adored Madonna as a singer over the years, but she's no actress, and at this point it's safe to say she's had more than enough chances.

When she complains to her swarthy island stud that, given the chance, he'd prefer an 18-year-old to her, he retorts, "Who says?" To which she replies solemnly, "Society says." It's a bad line, and it falls like a coconut from a tree. But it's hardly an isolated coconut. "Swept Away" is littered with them, most (but not all) shaken loose by Madonna. The audience is nearly beaned to death, and she is, too.

In an interesting twist, the role played by Giancarlo Giannini in the original is filled here by his son, Adriano Giannini. The resemblance between father and son is arresting -- in addition to the fact that Ritchie seems to have located the exact same sand dunes that Wertmüller used, watching the young Giannini is a bit like déjà vu. Though Adriano is good-looking in a hairy, needs-a-bath kind of way, it's nearly impossible to tell if he has any talent as an actor. There are moments when he almost manages to make you feel something for him. But most of the time, he's doing the best he can with coconut lines like "Mon-ee corrupts people's preenceeples!"

One of the baldest (and emptiest) of Wertmüller's provocations in the first "Swept Away" was the way Giannini's character beat, slapped and kicked his island wench into submission. This Giannini goes a lot easier on Madonna (he kicks her a few times, in an almost playful way), and some may think it's to Ritchie's credit that he chose to soft-pedal the violence of the original. But it's really a failure of nerve. The fact that Ritchie has distanced himself from the brutality of Wertmüller's version is a clear indication that he never really asked himself what it was doing there in the first place. It was sensationalism, pure and simple -- it had no deeper meaning, and yet Wertmüller's mission depended on making us think that it did.

What meaning did the original "Swept Away" have at all, such that anyone would want to resurrect it? What on earth did Mr. and Mrs. Ritchie see in this project -- particularly considering the way they've diluted both the original's social "message" and the outrageousness of its sexual politics?

The new "Swept Away" doesn't know what kind of movie it ought to be, or even why it should exist in the first place. And did I mention the showgirl fantasy sequence in which Madonna, decked out in a slinky gown and backed by a full orchestra, lip-syncs to a Della Reese rendition of "Come on-a My House"? I couldn't have made that up. Not even the most effective capitalist brainwashing could warp a brain that much.