She's the hottest woman still alive on "24" and I hope they use her as the sultry center of the second season. 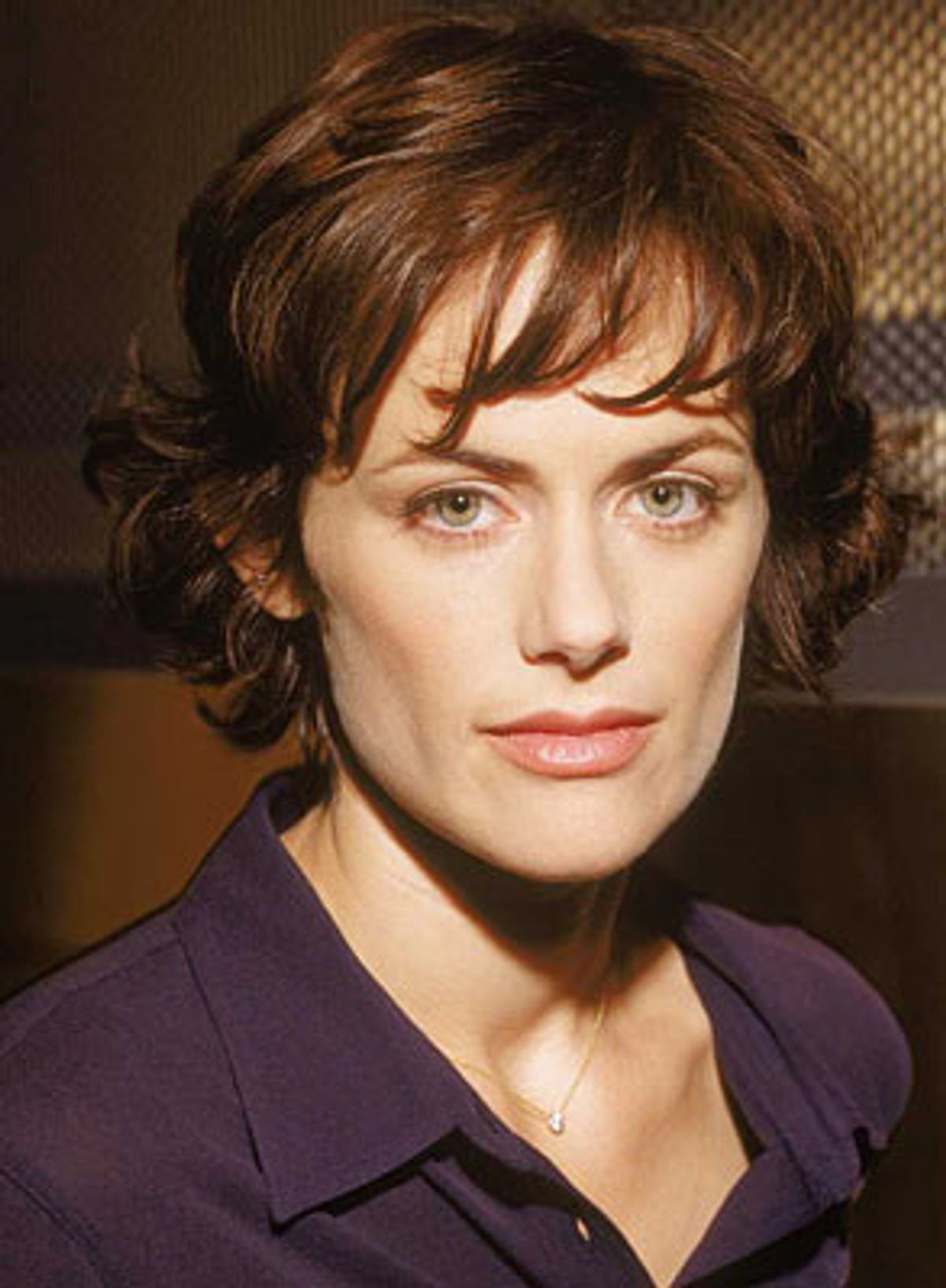 I don't think it's too soon to start worrying over "24," which returns Oct. 29. For just as every fan of the show was always going to say, yes, of course, go for the second series, still there are great dangers in trying to repeat so crazed or hysterical a format. Assuming they use the same format, one overfull day can leave Jack Bauer (Kiefer Sutherland) seeming cruelly overloaded. Two in a row might begin to reveal him as an addict. The desperate lack of sleep on-screen could provoke it on the sofa. At its best in its first season, "24" had the pathos of true drama -- for which there are no second helpings. Lear and Hamlet don't come back for another season.

Not that the promos are unpromising, by any means. Dennis Haysbert would seem to be president by now (and wearing a deep pink shirt, which is promising), and Jack may be the one person in the security apparatus whom this president will trust. Moreover, the flashes of our hectic future indicate the kind of world disaster (are we talking biological agents?) for which every daily paper prepares us. There are shots of people wrapped up in plastic suiting, a haunting image to be sure, but not good for dialogue.

And there is Kim, Kim Bauer (Elisha Cuthbert), who seems to have had a pretty thorough makeover. Well, why not? She's a year older now, and for most of the first series she was on the run, hounded, terrorized, cut off from cosmetics as well as sleep. It would be no wonder if Cuthbert's agent insisted on a new look, and it is promising enough material if Kim begins by being a little hostile toward Jack. "How could you let mother die?" You will remember that Teri Bauer (Leslie Hope) was offed at the end of the first series. I still meet some people who wonder, "Was she really dead?" But I don't see how the first series had all those kicks in its ending if she was just resting. No, I think Teri's gone.

Does that leave anyone?

Readers of this column, who know and try to tolerate its extreme proneness to Nina (Sarah Clarke), may sigh. But any way you look at it, the first series of "24" took its most agonizing turns in the revealed treachery of that tall, dark right-hand girl to Jack, and the poignant inevitability with which she offed Teri. After all, even if Nina was a spy and a traitor from the start, she had had her affair with Jack, and I think it was always evident in her eyes how far that poison had turned into love. So she didn't like Teri, or want her around.

I have no idea where "24" is going, but I tremble for the show and the realization six or seven weeks into the second series that, really, they shouldn't have gone for the repeat. Unless ...

Suppose that in this new amazing crisis that threatens Los Angeles and why not the world, suppose that around Episode 3 or 4 Jack begins to realize that the only person who may know the secret evil (or the secret to the secret evil) is Nina. Nina, I surmise, is in deep custody somewhere, still in her black garb, still pretty expertly made up and maybe with one last cellphone hidden in some private part -- I know, it's crazy, but "24" always was.

And Jack thinks to himself, do I go in and ask that heinous bitch for help? Kim goes berserk when she hears about that prospect. "You're betraying Mom again!"

But the president tells Jack that the safety of the world "as we know it" may rest on your decision. So Jack goes into Nina's cell. He's got 21 hours to get her to cave in, to talk. "Hello, Jack," she murmurs. "I wondered when I'd be seeing you."

This is impure speculation -- still, the show needs a personal hook. Jack interrogates Nina. This can be ultra-third degree, if you like, and Nina "cracks." She breaks down. She weeps. She tells him how she was compelled to act as she did because her triplets are back in wherever threatened with a terrible slow death. Nina thinks she may have the secret, without knowing it. Jack sees the woman he once loved beneath the veneer of traitor. He begins to weaken.

He's on TV so he can't hear the screams from us, the audience, "You idiot! You helpless prick! She'll betray you again!"

Oh, you don't think it's possible? You don't think television would ever be that crass? Well, maybe. On the other hand, wouldn't you like to have "24" (second series) leaving you in tatters by the time it gets to its own Episode 20 or so? And when it comes to tatters, and getting you there, Hollywood has a way of using the tricks that have worked before.

I hope I'm wrong -- because I'd like to be surprised. But I think the second series will hang on the return of Nina.