The writer of "Traffic" mucks up a supposed thriller about college girl Katie Holmes and her stalker ex-boyfriend. 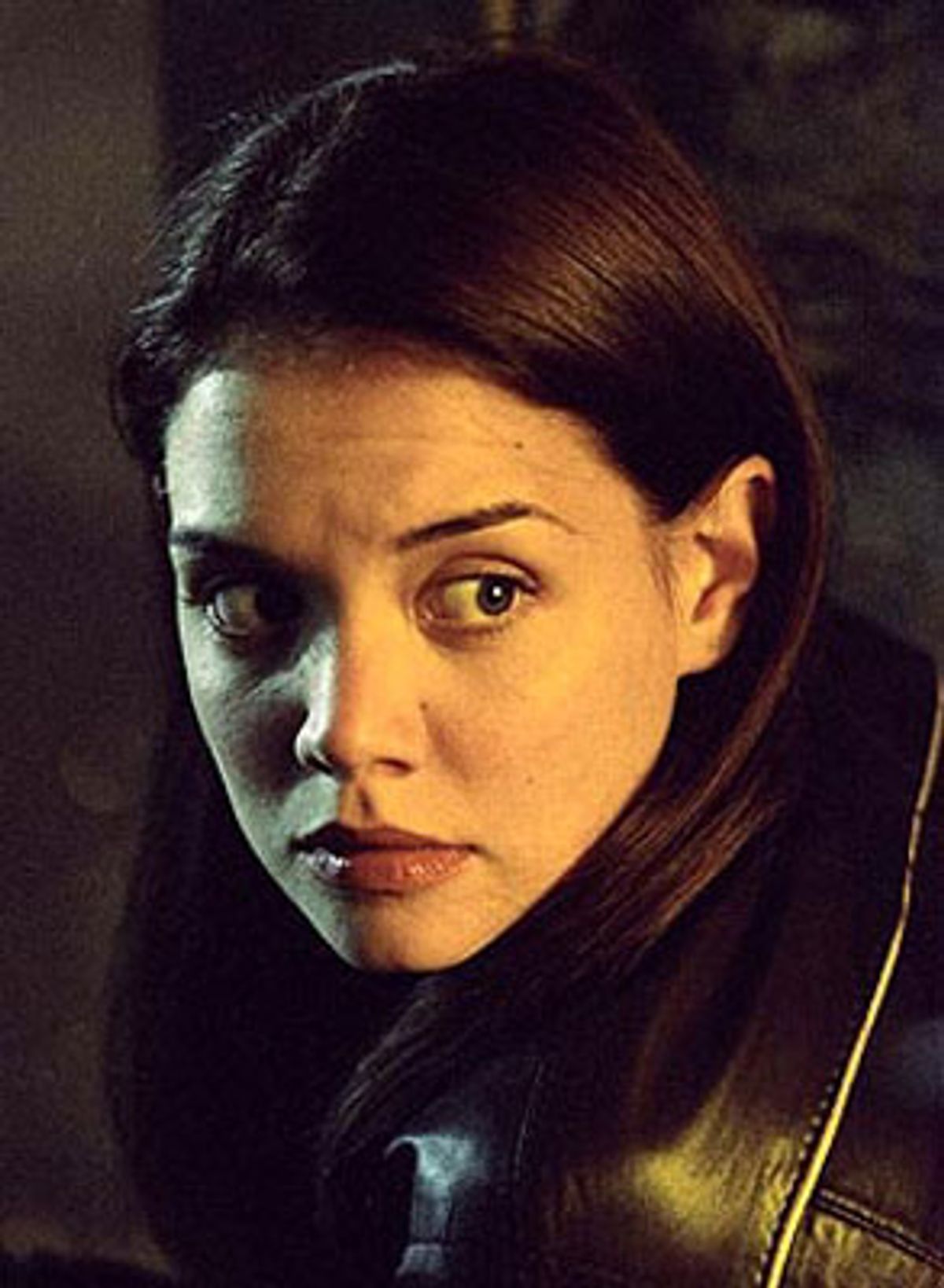 "Abandon" features a succession of the dingiest paint jobs any movie has ever shown. Even if the Loews 42nd Street multiplex had chosen to show the film in focus for the press screening, it wouldn't have made much difference to those ghastly gray, green, beige walls. When the movie's color scheme isn't Institutional Blah, it's Rat Hole Apartment, with those yellowing walls that look as if they haven't been retouched since Harding was in the White House. But I'll say this for the art design: It keeps your attention away from the movie.

"Abandon" is the first film written and directed by Steven Gaghan, who took home an Oscar and a Golden Globe for his "Traffic" screenplay. On both occasions, his acceptance speeches were notable for not including a word of acknowledgment for the British miniseries "Traffik," on which the film was based. "Abandon" is, according to the credits, "suggested" by Sean Desmond's novel "Adams Fall." I haven't read the novel, but seeing what it has suggested to Gaghan, I can't imagine Desmond is happy that Gaghan has finally gotten around to crediting writers.

This alleged thriller, which might be described as "'Gaslight' Goes to College," is one of the most incoherent features in recent memory. Katie Holmes stars as a grind college senior, eking out her thesis while fretting about finals and being courted by big-shot corporate employers. She's also started seeing the boyfriend (Charlie Hunnam) who disappeared two years previously. This guy is some piece of work -- a rich orphan who dabbles in composing and experimental theater, so full of himself that his last act before disappearing was to berate the audience who turned up to see him. Benjamin Bratt is the recovering alcoholic cop who has been assigned to investigate the disappearance.

Why the cops should suddenly want to start working a cold two-year-old disappearance isn't explained to us. (The missing boy's estate is anxious to start the process of having him declared dead, so his riches can be turned over to a trust -- but that's not a police concern.) And it's never clear what Bratt's investigating methods are, since all he seems to do is hang around campus pestering Holmes and only eventually gets around to asking anyone else questions. And when Gaghan does do something that makes sense, he shouldn't. The solution to the movie's mystery falls back on the cheapest dime-store Freudianism.

The narrative here is about as clear as those ugly green walls, and you can say the same thing about Gaghan's direction. Plenty of writers have made a transition to being good directors. But Gaghan has made the classic mistake of equating "cinematic" with pointless cuts, jarring close-ups, shaky cameras, and characters reflected in glass or seen through curtains that need to be dry-cleaned. There are shots of Holmes, plugging away at her thesis deep in the bowels of the campus library, that bring back the memory of every late night you ever spent among the stale air, cramped study carrels, and sickish fluorescent light of your campus library. But there are only so many shots you can stand of people's faces bathed in puke-green lighting before you start feeling a little queasy yourself.

Gaghan has no sense of humor about the self-drama of college life, which is the only way to play a story about an inexperienced girl haunted by the memory of the pretentious fop who seduced her. Hunnam plays the essence of every full-of-himself asshole any college drama department has ever produced. Yet everyone in the movie, from the faculty to the poor cowed students who take part in his production, seems to accept that he was a genius. And on some level Gaghan does, too.

Holmes has one good scene, selling herself during a corporate interview where you sense a grasping, calculating mind at work and a tad of self-disgust for the way she's whoring her achievements. She and Bratt are utterly wasted, though I felt a lot sorrier that Fred Ward and stunner Gabrielle Union didn't have anything to do. I might have been amused by Zooey Deschanel's ditsy routine if I hadn't seen her doing it for real on Jay Leno the night before.

One cast member comes off well here, the terrific character actress Melanie Lynskey (she was Kate Winslet's partner in crime in "Heavenly Creatures") as a wacko library worker. Lynskey seems to realize the ridiculousness of the whole enterprise and plays her scenes purely for eccentric comedy, not even trying for any kind of realism. Everyone else in the movie is lost in the fog emanating from between Gaghan's ears. Lynskey is the only one who seems aware of the odor emanating from a more southerly direction.