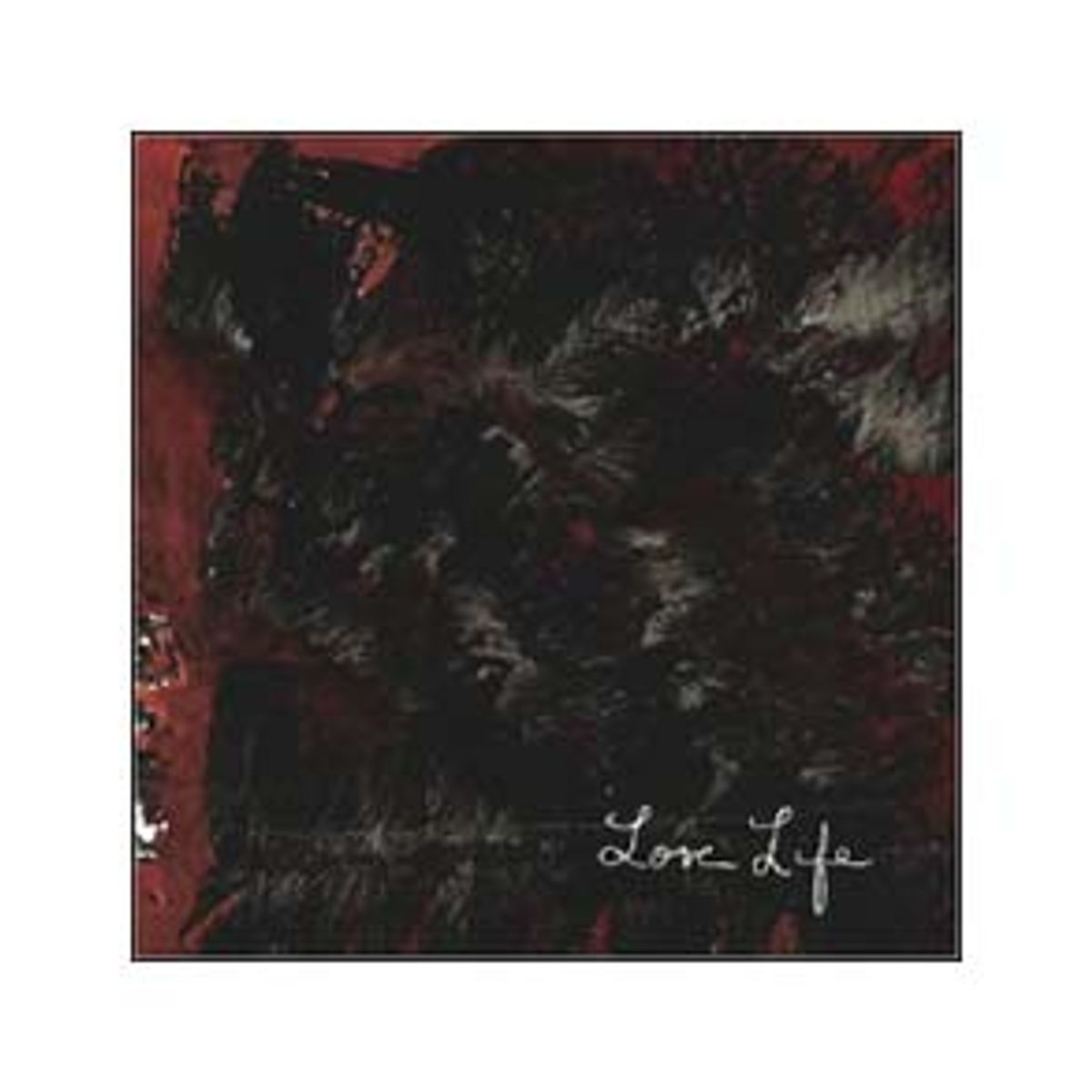 The art-goth quartet known as Love Life began in 1998 when two former members of Ann Arbor's notoriously anti-pop Jaks -- iconoclastic vocalist Katrina Ford and guitarist/organist Sean Antanaitis, now married -- relocated to Baltimore. They got together with bassist Anthony Scott Malat and drummer Dave Bergander one gloomy night, and entered into a covenant to make uncompromisingly creative music. The "alternative music" status quo be damned ... and scorched in hellfire.

Love Life are "goth" by dint of their heaviness and atonal darkness. But the connection with that easy-to-parody genre is at best superficial. Their music teeters between chaos and structure, between beauty and horror. Within the funereal catharsis of the songs on their second LP, led by Ford's girl-Satan vocals, you might discern traces of the Sugarcubes and Joy Division in addition to the Birthday Party and Bauhaus.

Perhaps the most striking aspect of "Here Is Night, Brothers, Here the Birds Burn" is the outright emotional power the band manifest with so little technical adornment. On the track "V" (its slow beginning is not unlike the Beatles' "She's So Heavy") multitracked demonic vocals, floor-shaking bass, and insanely intense drumming lead up to a horn-centered big-band blast of alien surrealism.