Rep. Rob Andrews talks about his proposal to record every gun's "fingerprint" -- and the White House's opposition to it. 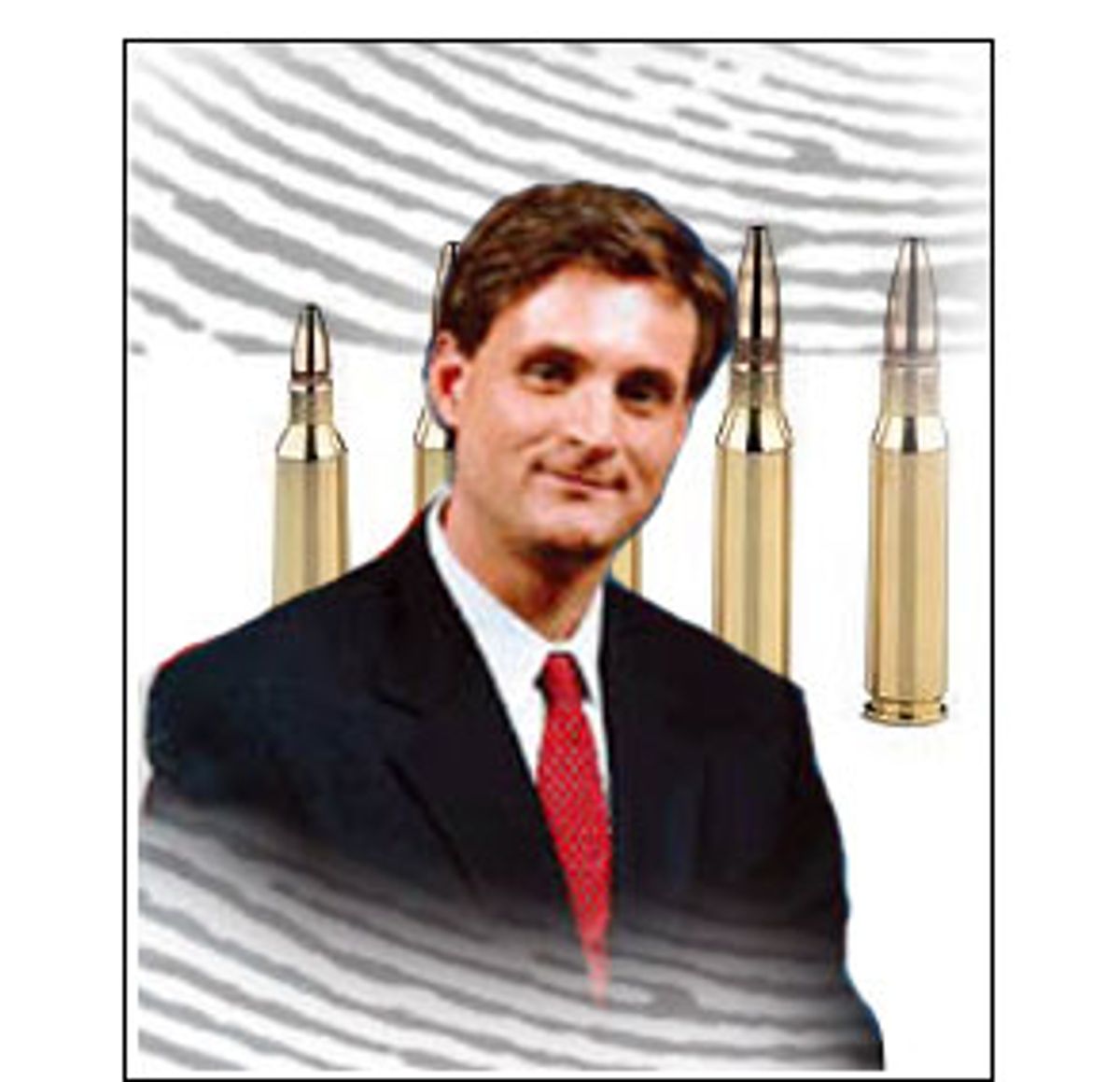 The nine murders in and around Washington this month at the hands of a sniper have reignited an idea called "ballistics fingerprinting," which would require a database to record the unique imprint that every gun leaves on a bullet and shell casing.

Proponents of the database, including law enforcement and gun-control advocates, call it a useful tool. Opponents, including the White House and the National Rifle Association, say it is an unproven system that infringes on the privacy of law-abiding gun owners.

Both sides are preparing to debate a bill -- introduced nearly two years ago by Rep. Rob Andrews, D-N.J. -- that would create a national ballistics fingerprint database. In an interview with Salon on Friday, Andrews said he is optimistic that his legislation will get a much needed kick-start and, eventually, a signature from President Bush.

Very much so. The National Association of State Attorneys General is in favor of this, and the Bureau of Alcohol, Tobacco and Firearms did an extensive study on the technology and indicated it would be helpful. It's not perfect, but it works. I think this is a very powerful tool for law enforcement.

The NRA, among other critics, says this would be an invasive gun-control law.

The most important obstacle is the misunderstanding that this bill is about gun control. I have been a proponent of gun control. I voted for the assault-weapons ban. I support closing the gun-show loophole. I support a proposal that would limit the number of guns one can buy per month. But even people who are diametrically opposed to those measures on the other side ought to support this proposal. It's not about gun control. It is about giving the police a powerful weapon to be used when somebody has committed a violent crime.

The NRA takes credit for Project Exile. It is a project in Richmond, Va., that emphasizes vigorous prosecution against people who commit crimes with guns. So, for instance, they set up a special unit in the prosecutor's office, they clear the court docket to get the cases moving faster, they have harsher sentences for people. I agree with all that. This idea fits Project Exile quite well. If the purpose of Project Exile is to aggressively prosecute people who commit a violent crime with a gun, this is a way to find more of those people more quickly so they can be prosecuted.

What is your response to the White House's cool reaction to the idea of ballistics fingerprinting? They raised questions about the reliability of this technology and concerns about infringing on the privacy of gun owners.

With respect to privacy, I'm certainly willing to find ways so that the privacy of law-abiding gun owners can be respected and protected.

Over the last few years, the focus on gun issues has involved things like background checks and guns purchased and gun shows. Do you see your bill as perhaps a new focus within the gun debate?

This is different because it's a focus on more effectively finding and prosecuting criminals who commit crimes with guns. And if you take the rhetoric of the gun lobby at face value -- where they're concerned about prosecuting gun crimes rather than controlling gun ownership -- they ought to be supportive of this legislation.

After the 2000 election, many Democrats have steered away from gun control as an issue, feeling it cost Gore the presidential election. Has there been any concern voiced that having a gun debate resurface so close to the election might be a bad thing for Democrats?

No, there has been no pressure. There certainly has been much discussion within the Democratic Party about the party's position on the gun issue, but nobody has discouraged me from talking about it.

But has it become OK again for Democrats to talk about gun issues?

I think it's always been OK. But yes, the atrocities happening around Washington have elevated the profile of this issue. Let me say, I introduced this bill in September of 2000, long before these people were killed. I find it repulsive when politicians try to cash in on exploiting people's misery. I didn't run out and introduce this bill the day after these things happened. I thought this was a good idea all along. I think it even more so now.

There were reports this week that Maryland -- which, along with New York, keeps a ballistics-fingerprinting database -- has only turned up two positive matches, and that no arrest has been made in either case. Are there questions about the effectiveness of this technology in catching criminals?

Well, I think in Maryland, that's because the database is virtually brand-new. I think it's very important that we not promote this technology as a panacea, as a cure-all. It is not. But it is an extraordinarily useful tool for police officers to find someone who is killing people. The best person to ask is not me or the NRA. Ask an FBI agent, or ask a D.C. Metro Police Officer or Montgomery County police officer, whether they'd like to have this information now.