By Read by Daniel Gerroll 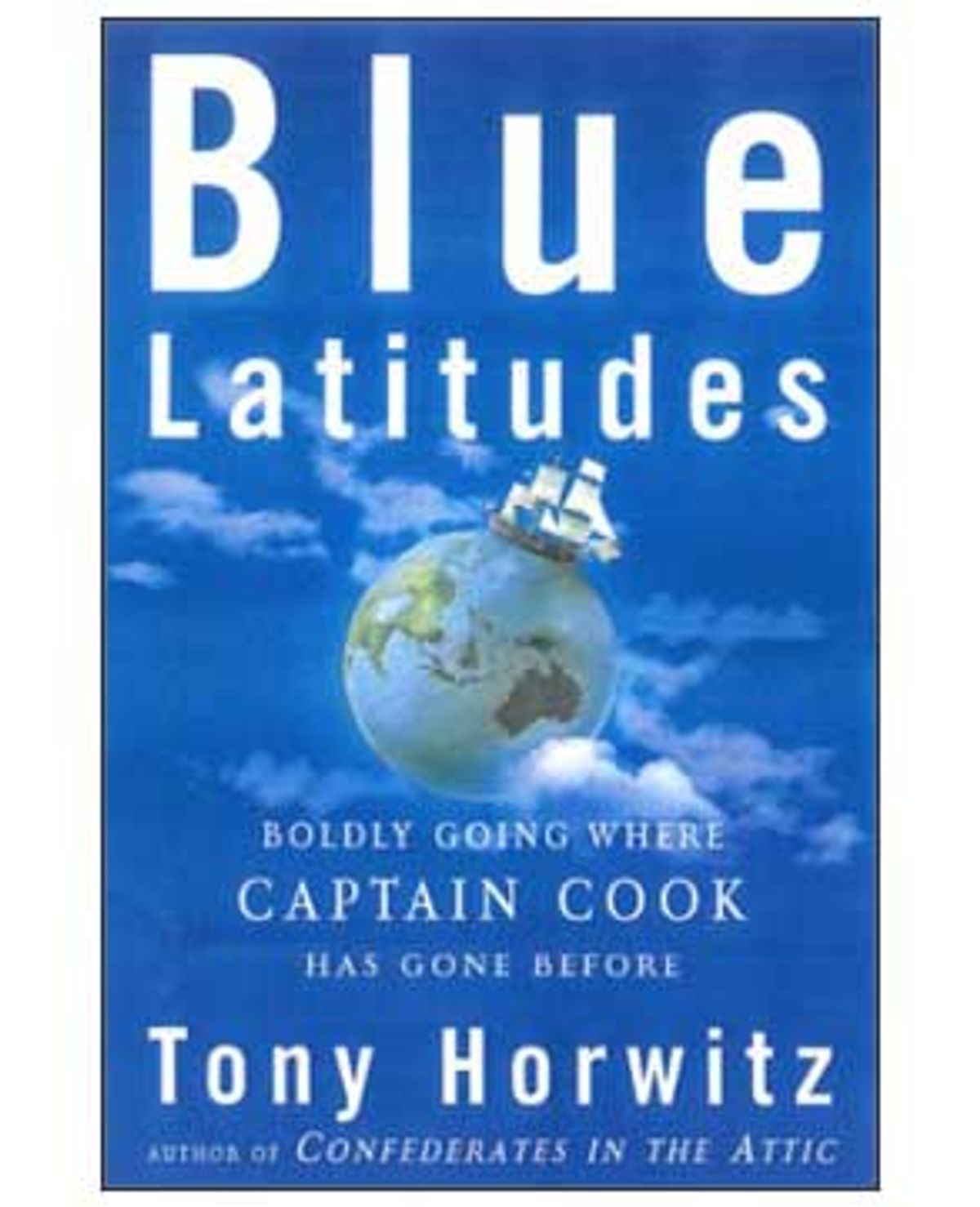 Tony Horwitz is the author of "Confederates in the Attic," "Baghdad Without a Map" and "One for the Road." He is also a Pulitzer Prize-winning journalist who has worked as a war correspondent for the Wall Street Journal and as a staff writer for the New Yorker.

"Blue Latitudes" retraces Capt. James Cook's three epic journeys in the 18th century, the last great voyages of discovery. When he embarked for the Pacific in 1768, a third of the globe remained blank. By the time he died in 1779, during a bloody clash in Hawaii, the map of the world was substantially complete. Cook explored more of the earth's surface than anyone in history -- sailing from the Arctic to the Antarctic, from Tahiti to Siberia, from Easter Island to the Great Barrier Reef -- and introduced the West to an exotic world of taboo and tattoo, of cannibalism and ritual sex. Yet the impoverished farm boy, who broke the bounds of social class to become Britain's greatest navigator, remains as mysterious today as the uncharted seas he sailed more than two centuries ago.

In "Blue Latitudes," Horwitz sets off on his own voyage of discovery. Adventuring in Cook's wake, he relives the captain's journeys and explores their legacy in the far-flung lands Cook opened to the West. At sea, aboard a replica of Cook's ship, he works atop a 100-foot mast, sleeps in a narrow hammock, and recaptures the rum-and-the-lash world of 18th century seafaring. On land, he meets native people -- aboriginal and Aleut elders, Maori gang members, the king of Tonga -- for whom Cook is alternately a heroic navigator and a villain who brought syphilis, guns and greed to the unspoiled Pacific.

Listen to an excerpt from "Blue Latitudes," read by actor Daniel Gerroll, courtesy of Harper Audio.

MORE FROM Read by Daniel Gerroll