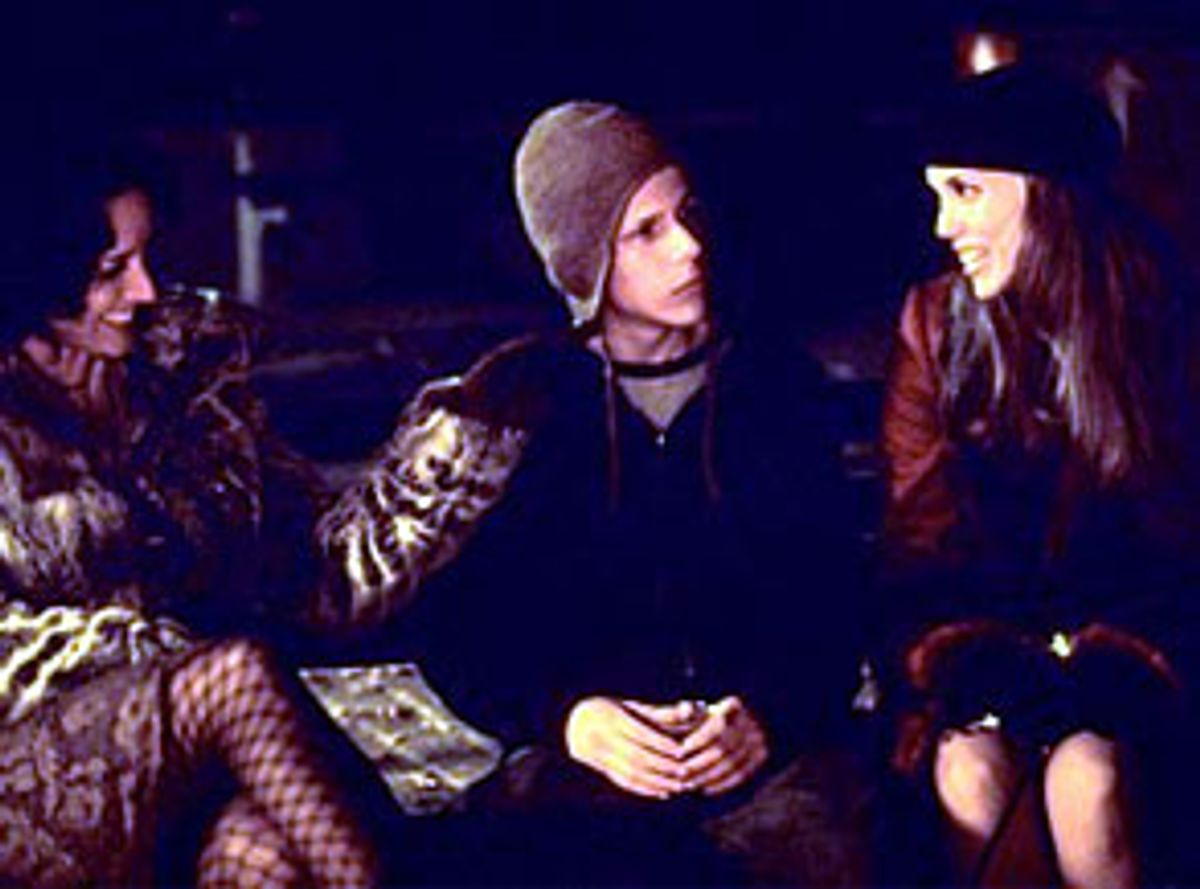 "Roger Dodger" is an anti-date movie. If your crush is someone of the opposite sex, the first thing that you'll notice is that you're laughing at different parts (or at the same part but for different reasons). In some ways, the film promises the same thing that magazines like Men's Journal and Maxim pitch every month: how to pick up chicks. But there's a maddening ambiguity at the core of writer-director Dylan Kidd's remarkably cynical, and bracingly intelligent, debut movie. It's the kind of thing that is just nasty enough to start arguments in cafes and bars, or to stoke a nasty exchange on the walk to the subway or the drive home.

Campbell Scott plays Roger, a yuppie advertising writer who sets off on a bender after getting dumped by his boss, Joyce, played by a sparkling Isabella Rossellini (does she ever not sparkle?). Dragged along for the ride is Nick (Jesse Eisenberg), Roger's 16-year-old nephew, who has dropped in on him while visiting New York to look at colleges. Nick has heard that Roger is something of a ladies' man, and he wants nothing more than to learn how to get rid of his own nagging virginity.

In a way, "Roger Dodger" is also an anti-movie movie, in addition to being an anti-date movie. That is to say that it's mostly one of those films with a lot of talking. (It has more than a few things in common with Neil LaBute's "Your Friends and Neighbors.") The lighting and the shots are fine -- they add up to some sort of comment on how characterless and hard New York can be, especially in places that cost a lot of money -- but the film really isn't about the handheld camera work, nor the lights that flare out behind talking heads. (Interestingly enough, it was shot on film; these days, this kind of low-budget movie is almost always done on video. The funny thing is that all the interior lighting and close-ups would have played to the particular strength of tape.)

"Roger Dodger" is about a conversation, and in particular a conversation about sex. To put an even finer point on it, it's about sex and dating and the differences between men and women in New York City. The topic isn't exactly fresh concrete waiting for a new handprint, but "Roger Dodger" is better than dozens of movies that have mucked around the same subject matter (in particular, the current "Just a Kiss," which uses forced zaniness and quasi-hip animation to mask the fact that it doesn't have a point).

Roger is the kind of guy who cares about details. He wears cuff links, carries a cigarette case and probably belongs to a gym. But he's starting to wear around the eyes, a likely side effect of too many martinis, too many cigarettes and too many women. He says that he goes home with a woman every night, but it's not clear whether or not we should believe him -- he strikes out every time we see him. His pickup technique is pretty much to insult women, to make them feel bad about themselves with his tabletop psychological observations. (That's what he does as a copywriter, too, he says.) He's the kind of guy who will tell women that they are superior to men, but that they all have crushes on their daddies.

Campbell Scott has the unenviable job of making us like Roger; he also has to help us see why women would fall for such a pigheaded cynic. The remarkable thing is that it kind of works. We don't necessarily like the guy, but we can see that he's in pain -- and not just because he was just dumped. We like him because he's got a charming smile, because he's more misguided than venal, and because, probably, we remember him being such a nice guy in indie pleasantries like "The Daytrippers" and "The Spanish Prisoner."

There's a lot of tooth in "Roger Dodger." But what's nice is that there's a casual intelligence that permeates the script. "I need you to be an adult about this," says Joyce. "But I'm her boy," Roger protests later in the film. Both lines gently reinforce one of the main points of the film: That in many ways, Roger is just a child.

As the movie moves along, Roger and Nick sink lower and lower, picking up a pair of women at a bar, then hitting Joyce's party just in time to mop up the drunks (Roger calls it "winning time"). But it's Nick, hunchy, twitchy, and so excited that he looks like he's going to burst, who makes all the right decisions. He wants to get laid, but he doesn't want to turn into a crappy person in the process.

Roger is an impossible role model. He spends his life chasing women, but he obviously finds no joy. You can see it when he's chatting up a new one: He's bored silly. Roger has it all figured out, so much so that there's no mystery left for him. "Sex is everywhere," shouts Roger in the streets. And that might just be the problem.