To those who knew him, Sen. Paul Wellstone personified the highest ideals of the American left. 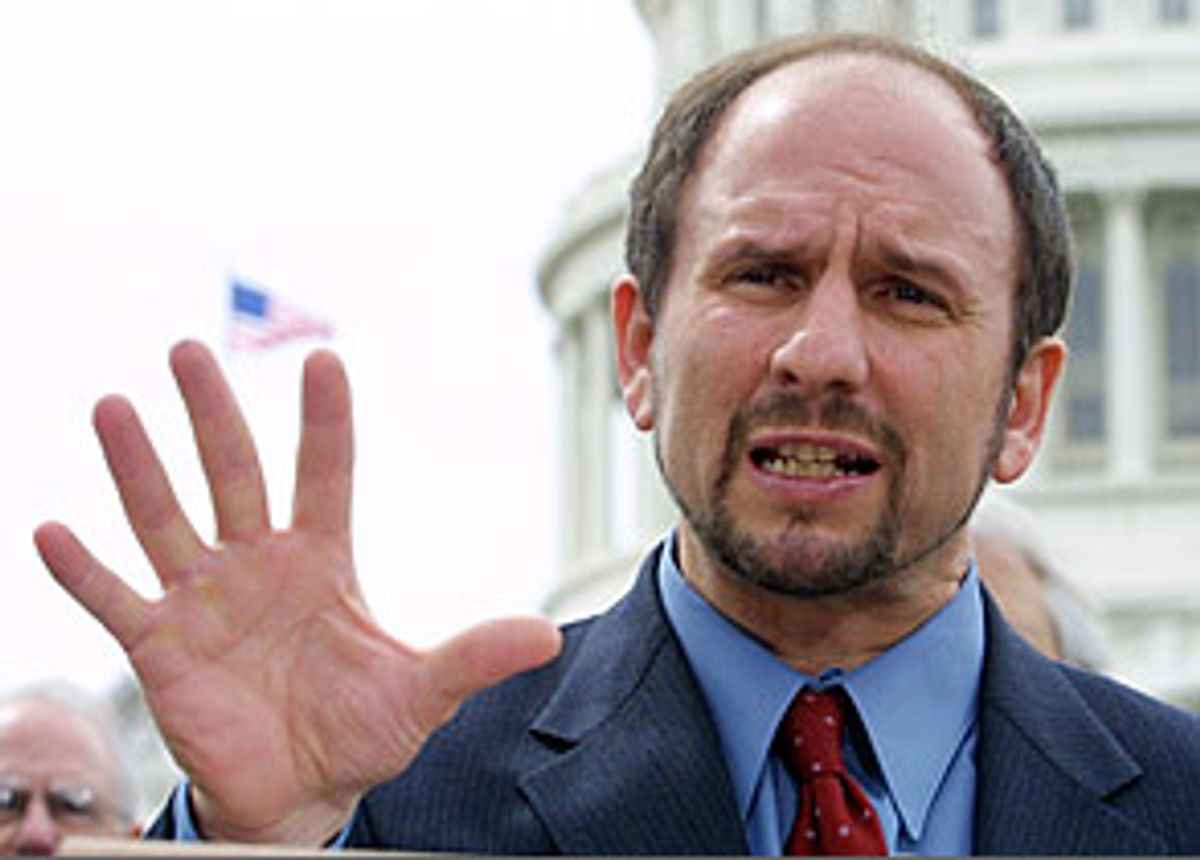 Sen. Paul Wellstone was one of the last links between the American left and the Democratic Party. Old-school progressives may feel increasingly alienated from government and the people who are supposed to represent them there, but Wellstone proved that there can still be a place for them, that the liberal dream of uniting steelworkers and small farmers with urban intellectuals is still alive, however elusive it sometimes seems. "He was the one voice inside the Democratic Party that made it possible to argue that there was still hope within the Democratic Party," says Rabbi Michael Lerner, who worked with Wellstone in support of the Israel peace movement.

"He was sort of like the ideal progressive coalition all in one," says David Moberg, a senior editor at In These Times who has known Wellstone for years and has written about him often. "He inspired passion among labor unions and an equivalent passion among environmentalists. Minority groups felt passionate about him, women voted overwhelmingly for him." And he got under the skin of his opponents -- the first George Bush, annoyed at the freshman senator's incessant questioning at a reception for new members of Congress, asked one of his aides: "Who is this chickenshit?"

When Wellstone ran successfully for the U.S. Senate against Republican incumbent Rudy Boschwitz in 1990, his opponent had five times as much money as Wellstone did. A political science professor at Carleton College in Northfield, Minn., and longtime activist on behalf of small farmers, he was the very antithesis of a professional politician -- the kind of underdog candidate that usually only wins in the movies. "He won because he organized in an old-fashioned way, having a disproportionately large ground operation, direct contact with people, lots of get-out-the-vote," says Moberg. "He brought a great deal of passion into his speaking. His kind of politics involved mobilizing average citizens to get out and believe in doing political work."

It's no surprise, then, that he came off as naive. "I was always surprised that he could get elected in the first place," says John Judis, co-author of "The Emerging Democratic Majority." "He didn't have a conventional politician's personality. He was so feisty, so hot, in an era of people who want to be cool. He's too short also -- he was about 5-foot-5, even shorter than me. He lacked all the usual attributes you associate with being senatorial. He seemed totally inappropriate for the late 20th and early 21st century."

Which is, of course, why people loved him -- he hearkened back to an earlier generation of fiery populists. Roy Grow, an old friend and former colleague in Carleton's political science department, says Wellstone was a great admirer of Saul Alinsky, a legendary Chicago radical and community organizer who in the 1940s united Catholic leaders, labor unions, youth groups and mutually antagonistic ethnic groups to fight unfair labor practices. "[Wellstone] saw in Minnesota an energy in politics that normal politicians had not tapped, " says Grow. "He knew the energy in small towns, on farms, in labor organizations -- his whole campaign was based on tapping into that energy."

Grow recalls the Minnesota farm crisis during the early 1980s, when "all across the upper Midwest there was foreclosure after foreclosure, people being thrown off farms they'd owned for generations. All over the state there were little groups of farmers protesting outside the banks, buying each other's equipment when it went up for auction, refusing to leave their land -- and Paul was always there with them."

Until he left the classroom for the Senate, he brought that same populist passion to his teaching. "He drew energy from people, not from adulation, but from tapping into their feelings and their needs," Grow says. "He wasn't a traditional kind of teacher. He would take a group of students to a union hall, take them to a picket line and make them feel the anguish on that picket line."

Astonishingly, politics didn't seem to change him. "When he was talking about running for president in 2002, I heard him at a small open house," recalls Todd Gitlin, a historian of the antiwar movement and professor at Columbia University in New York. He was so downspoken, to coin a word. Almost shambling. He was so informal and unprepossessing as to immediately mark him off as a man of his political generation, a person who'd come to politics not out of some stupendous sense of his own self-worth or need to compensate for some inner breakage, but out of conviction.

"I only met him that one time, but I can't think of another public figure whose death affects me so personally, " Gitlin continues. "He was the personification of that hope or prayer that a link between the left and Democratic Party could actually be out there in the real world, doing the work of a real politician."

Indeed, as a politician, he didn't sell out the progressives who brought him to power, remaining the most liberal member of the Senate, and in many ways its conscience. "He was a true brother and a true friend, someone who cared profoundly about the powerless, the disabled and working people in general," says Leo Gerard, president of United Steelworkers of America. "I went to his office one time with some steelworkers who were going to lose their jobs. He was lying on the floor with his feet up on a chair, because he had a very bad back. He jumped up and hugged them like he never had any pain. How do you put a value on a friend like that?"

One of Wellstone's last votes was against president Bush's Iraq resolution, a decision many thought would hurt him in a tight race with Republican challenger Norm Coleman, the former mayor of St. Paul. In the end it didn't -- after the vote, his campaign got a boost. "The initial fear when Paul voted against it was that it would hurt his campaign, but the initial polling came up just the opposite," said another resolution opponent, Sen. Dick Durbin, D-Ill., in an interview just hours before Wellstone's death. "It reaffirmed who Paul Wellstone [was] and what he's willing to do and risk -- the fact that he [was] prepared to stand up to the president even with election around the corner."

It wasn't his only brave move on foreign policy -- he remained close to Peace Now, the Israeli opposition group, despite the enormous political danger of criticizing Israeli policy. "He was the one senator who was willing to identify with the Israeli peace movement,"' says Lerner. "When Tikkun did a conference to support the Israeli peace movement in Jerusalem in 1991, right after he was elected, he came against the advice of many of the leaders of the Democratic Party in his area.

"His accomplishment was to be a voice of hope in a period of despair, to be someone who showed that it was possible to be principled and progressive and visionary, and still win."