Jumpy Democratic officials worry that phony phone calls might be a dirty-tricks campaign. 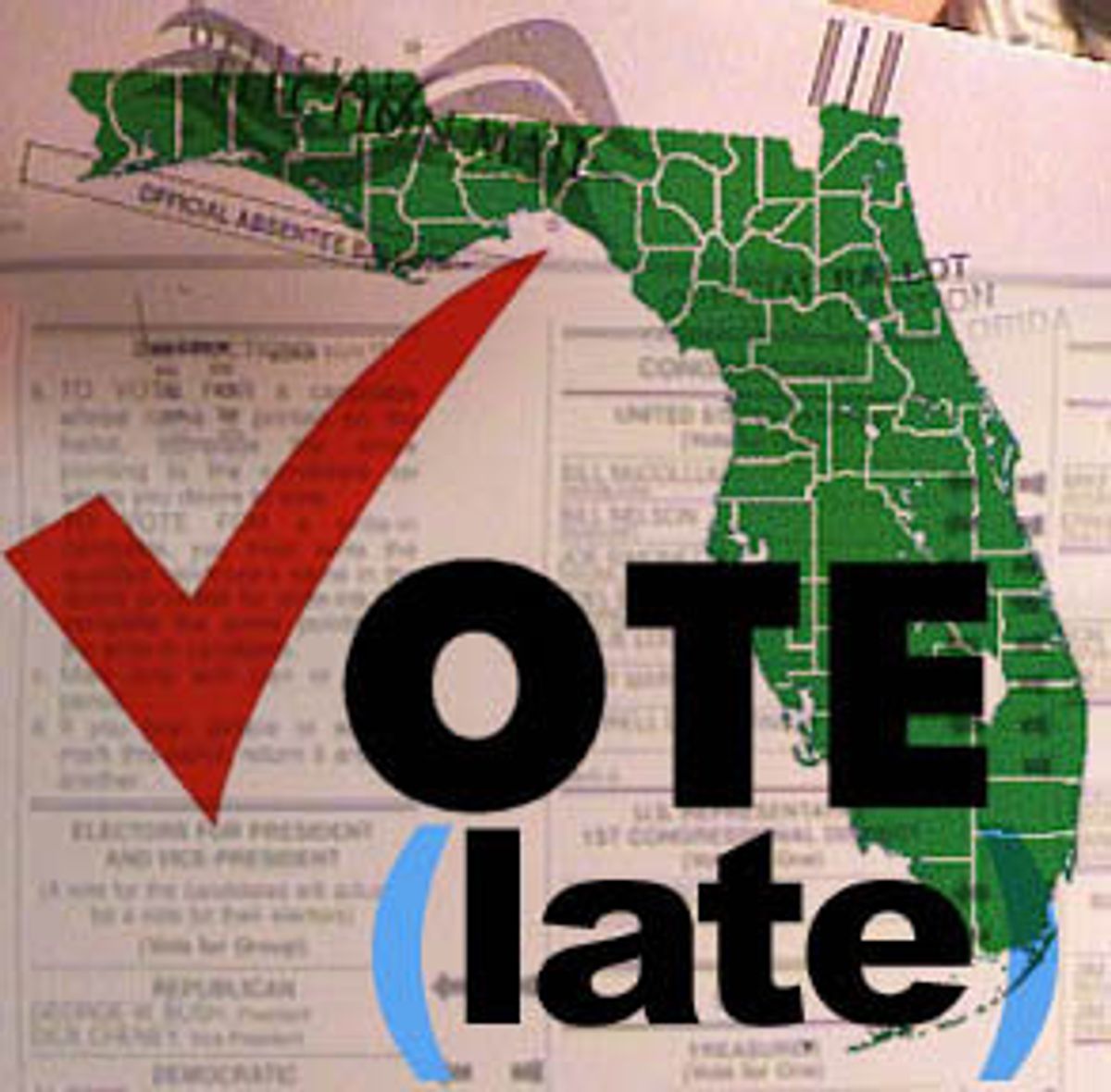 About 15 percent of the Florida voters are expected to use absentee ballots this year. And just last week, Florida Democratic Party chairman Bob Poe and Palm Beach County executive director Lisa Ramsay said they received calls reminding them to get their absentee ballots in by Nov. 10.

The problem, of course, is that's five days after they are due. Immediately, Democrats in this scandal-weary state smelled a rat.

Poe says he grilled the caller when the call came to his cellphone on Friday. The caller claimed to be a campaign volunteer for Bill McBride, the Democratic candidate for governor. When Poe asked to speak to the caller's supervisor, Poe says the caller hung up on him. "I immediately went back to the campaign thinking we had somebody out there with a bad script or something," Poe said. "We went through everybody and determined that at the time we had no live calls going out. So that's when I started getting concerned that somebody was tampering with the election."

Democrats are now suggesting that this could be the work of political dirty tricksters. Larry Noble, executive director of the Center for Responsive Politics, says that while push polling -- the art of disguising an attack against a political opponent as an objective opinion poll -- is common, he has never heard of this kind of deception before. But if the caller falsely identified himself as working for the McBride campaign, the call Poe received is not only unethical, but also illegal.

If indeed this is a deliberate, if somewhat lame, effort to fool Florida Democrats (trying to confuse the leader of the state Democratic Party about the actual date of the election is not the sign of an evil genius), it isn't the first time such a ploy has been used. During the 2000 elections in New Mexico, voters received calls claiming to be from the county clerk's office telling them their absentee ballots were flawed and should be discarded. Others in the state received e-mails claiming that voting for Democrats had been moved to a different day to eliminate overcrowding at the polls.

It is still unclear just how many in Florida received these calls. State Democrats have sent e-mails to their mailing lists seeking reports of calls like the one Poe received, but so far, only one other call has been reported. Both Bush's campaign and the state Republican Party have disavowed any knowledge of or connection to the calls.

But in a state still sensitive to issues of voter fraud and access to polling places, Democrats were not willing to rule out that friends of the Bush campaign deliberately tried to confuse Democratic voters. "Do I think that Jeb Bush paid for this? No," said Tait Sye, research director of the state party. "Do I think they have friends who are smart enough to say, 'Hey, we can do this, and pay for it, and not be connected to the campaign'? Yeah."

But the scale of the calls in Florida does not seem to come close to the anti-McCain calls in South Carolina, or the anti-Bush calls in Michigan. In fact, Poe said the only other person complaining of such a call was a Democratic party employee in Palm Beach County.

Mona Blaber says she fielded a call at Democratic Party headquarters last week from a caller asking for Ramsay. "He said he was a volunteer for the McBride campaign," she said. "He mentioned the importance of voting and said the deadline to get the vote in is Nov. 10. I just figured it was a clueless volunteer."

If the call was unsuccessful in fooling Poe, the call to Ramsay was even more futile. Ramsay said she is not even voting absentee this year. In fact, Ramsay has already cast her ballot, taking advantage of the state's early-voting system.

The caller's number showed up on Poe's caller I.D. with a San Diego, Calif., area code. Poe said he and other party officials have tried calling the number dozens of time since but have not gotten an answer. Numerous attempts to call the number by Salon yielded only busy signals.

One political calling center based in San Diego is Competitive Edge Research and Communication. The firm's president, John Nienstedt, said nobody at his firm made the calls. When told about the content of the calls, he said, "That sounds like a big fat violation of the Voting Rights Act. We've never done anything like that."

Nienstedt, a Republican, said his firm usually handles Republican clients, "from the local city council races up to presidential," but declined to name any of them. He says Democrats may be barking up the wrong tree by trying to trace the call using the phone number on a caller I.D. screen.

"You can put any number you want as the outgoing number," he said. "Most call centers use a T1. There's no phone number associated with a T1 line; you can't make a call to that number, so they may not be able to trace that call."

Poe says his efforts to trace the call have been futile, and he has sent a letter to John Ashcroft calling for an investigation. Party officials say Florida Attorney General Bob Butterworth, a Democrat, is also looking into the matter.

"It all points in the direction of somebody trying to tamper with the election," Poe said.