Measures to put drug abusers in rehab instead of jail could rescue their kids from the cycle of addiction, foster care and crime. 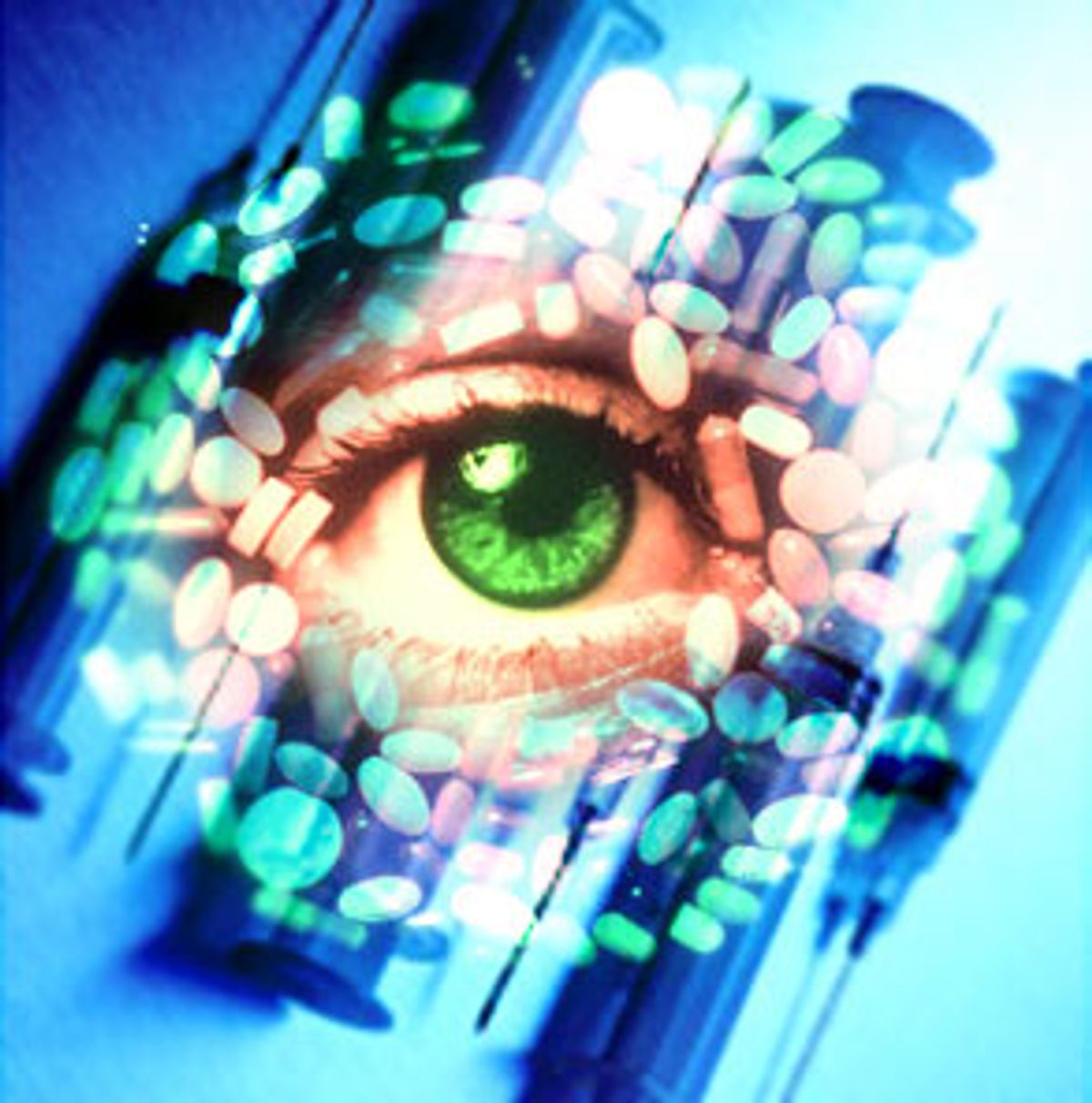 The last time Tracy Carter, a longtime drug user, was sent to the county jail, she ran into her mother. Neither woman was surprised. Carter's parents are both longtime heroin addicts. Her sister is a heroin addict. Carter says she herself was born a heroin addict. So were most of her seven children.

Carter (not her real name), 38, has been in and out of jail throughout her long career as an addict, mostly for violating her probation. She has come out each time -- homeless, jobless and full of good intentions -- and started using again within a matter of weeks or months. This grim routine has left her children trapped in a grueling cycle themselves: bouncing from one home to another; vacillating between faith and despair as their mother makes and breaks promise after promise; and, as they grow up without her, drifting into depression, delinquency and addictions of their own.

In November 2000, California voters decided it was time for Tracy Carter, and drug users like her, to try something different. With 61 percent of the vote, they passed Proposition 36, a measure that sends most nonviolent drug offenders into treatment rather than to jail. Two years later, similar initiatives are on the ballot in Ohio and the District of Columbia; several more states have implemented or are working on legislative fixes to tough drug laws; and more than 70 percent of Americans are telling pollsters they'd like to see the government ease up on addicts.

This new climate may be based in pragmatism as much as in compassion. The number of drug offenders in state and federal prisons has increased more than tenfold over the past decade, from 40,000 to nearly 500,000. Incarcerating them costs five billion dollars a year. With a faltering economy draining government coffers -- and the war on terrorism competing for dollars formerly reserved for the war on drugs -- the price tag for being the world's largest jailer is starting to look a little steep.

A national shift from incarceration to treatment has the potential to save much more than dollars. More than 8 million of America's 75 million children have a parent or parents addicted to drugs or alcohol. Parental drug addiction fuels the foster care system; it feeds the juvenile justice system. It affects welfare caseloads, school performance and child health. And parental addiction is self-perpetuating: Up to 70 percent of the children of addicts become addicted to drugs themselves.

Might drug treatment slow the staggering growth in the nation's foster care system, which has more than doubled in the past 15 years, to over half a million children? Child welfare workers think so. In a 1997 survey by the Child Welfare League, child welfare workers estimated that 67 percent of the parents they dealt with needed treatment, but only 31 percent got it. According to researchers at the National Center on Addiction and Substance Abuse at Columbia University (CASA), parental substance abuse is implicated in seven of 10 cases of child abuse and neglect, and is responsible for $10 billion of the $14 billion spent nationally each year on child welfare costs. Nationwide, according to the Office of National Drug Control Policy, 5 million Americans need drug treatment but only 2 million receive it.

Might treatment stem the tide of juvenile incarceration, which has left 125,000 adolescents behind bars at last count -- many of whom have experienced parental drug addiction and incarceration? Might it aid those hardest cases that stymie welfare reformers -- the families that lose their benefits to time limits before they manage to find another means of support, many of whom are thought to have drug problems?

If these are questions we are only just beginning to ask; the children of drug-addicted parents are well ahead of us.

In 1999, in researching a report on foster care, I interviewed and surveyed in writing more than 150 current and former foster youth in California and New York. When I asked the question, "What might have kept your family together?" one answer came up over and over: Help with a parent's drug problem.

"My father was into drugs instead of me," one teenager wrote. "That's why I'm in the system."

"If there wasn't drugs," wrote another, "I probably would not know what a system is."

Our response to these children has to date lacked imagination: We incarcerate addicted parents and place their children in foster care, or leave them to fend for themselves. CASA researchers spent three years scrutinizing state budgets in an effort to figure out the dollar cost of this approach. In 1998, they determined, the states spent $81.3 billion dealing with drug abuse and its consequences, but of each dollar spent, only 4 cents went to prevention and treatment. This imbalance, they found, had a particularly powerful impact on the young: The states spent $5.3 billion addressing cases of child abuse and neglect, 79 percent of which could be traced to parental drug or alcohol abuse.

But as the nation tentatively embarks on a new way of doing things, early indications are promising. In California, the Department of Corrections has reported a 20 percent drop in the number of drug offenders in its custody since Proposition 36 was implemented, and a 10 percent drop in women inmates overall. As the measure is fully implemented, the state Legislative Analyst's Office estimates, it will save between $100 and $150 million each year in prison costs.

When parents do get treatment, the federal Center for Substance Abuse Treatment has found, kids come home and taxpayers save even more money. In a Florida pilot program, for example, 180 women treated in a single residential program regained custody of 580 children who had previously been in the care of the state.

Charles (not his real name), 18, grew up in Northern California under the old drug enforcement regime. He spent his childhood and adolescence in a series of foster homes and juvenile halls while his crack-addicted mother cycled in and out of jail and prison. When Charles was 16, his mother put herself in rehab. Today, she works at a church and has her own two-bedroom apartment. She hasn't used drugs in two years.

"It feels good," says Charles. "That little piece that's lost -- it's filled the gap there. At first I used to think my mom would be dead, but now I know she's going to see my kids. She'll see me graduate from high school, go on to college. I used to pray at night for a new mommy and daddy. Now I'm getting my mama back."

Does large-scale treatment work as an approach to drug addiction? We don't know, because we've never tried it. But as the casualties of our decades-long war on drugs continue to fill not only our nation's prisons but its foster homes, group homes and juvenile halls, there's plenty of evidence that the alternative has failed the children it was meant to serve.

Despite years of disappointment and betrayal, children of addicts will likely tell you they are willing to give their parents another chance. Three decades into a failed war on drugs, voters may finally be ready to do the same.