Owen Wilson is funny, Eddie Murphy's a braying ass and the easygoing humor of the classic TV series is frittered away. 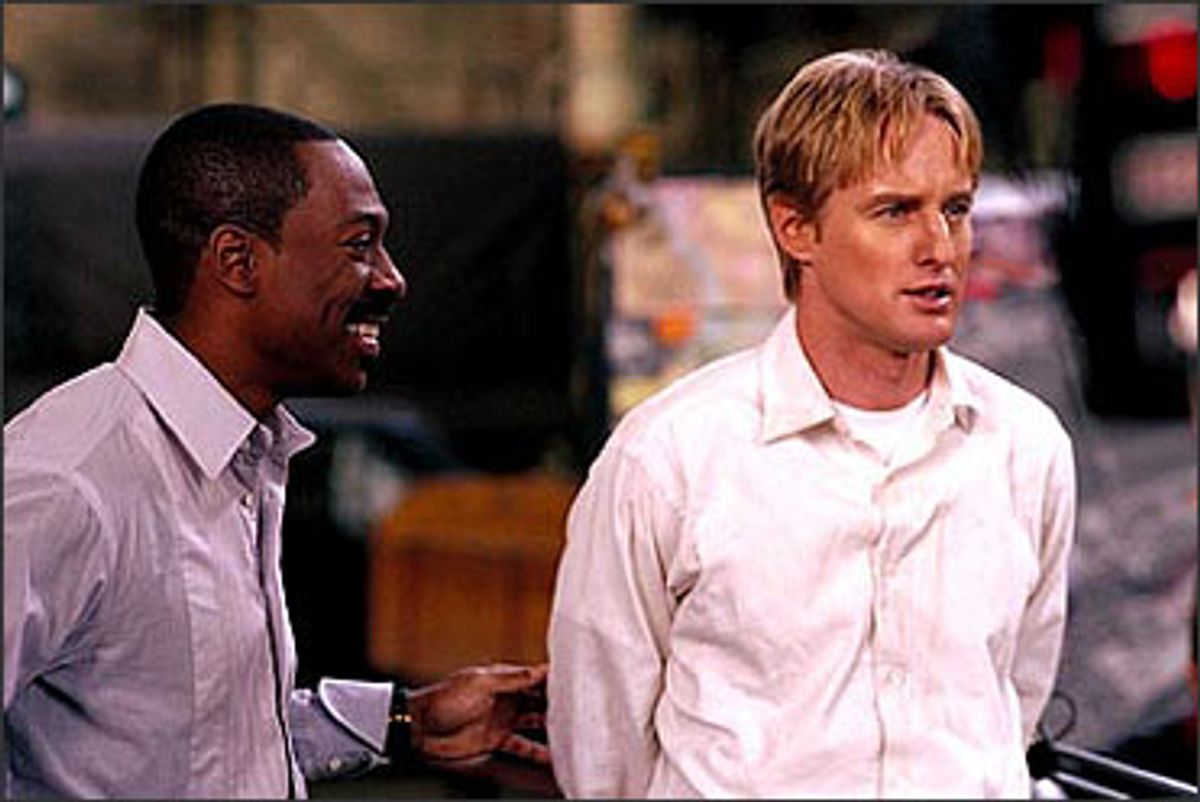 A lot of the attention paid to the 1960s TV show "I Spy" had to do with the casting of Bill Cosby, in one of the first recurring television roles for a black actor that wasn't a servant or a comic stereotype. But the pleasure of the show had nothing to do with its social significance and everything to do with its low-key, offhand approach to the spy genre. The setup had spies Robert Culp and Cosby traveling the world undercover as a tennis pro and his assistant. In essence, the program was about a couple of hipsters who used the spy game as their chance to stage one put-on after another. The humor was deadpan, delivered by the two stars as if letting the audience in on a private joke.

Right away that should tell you why, in the current movie climate, a big-screen adaptation of "I Spy" can't work. A big-budget action movie has no time for subtlety or casualness. There's a neat racial twist in this version with the experienced spy (Owen Wilson) going undercover as an assistant to a champion boxer (Eddie Murphy). And a long scene between the two of them in a Budapest sewer suggests some of the rambling patter that Culp and Cosby specialized in.

About the best thing you can say for "I Spy" is that the work of the director, Betty Thomas (whose best known films are Murphy's first "Dr. Dolittle" and "The Brady Bunch Movie"), is, as always, genial. That doesn't help much, though, when the movie is so thoroughly lousy. It's loud, brash and obvious, full of car chases and explosions and gunplay. And the parodic tone doesn't function as a counterpoint to the material, the way it did in the series. Rather, it's the detached cynicism of people who know they're selling crap and think that acknowledging it's crap makes everything all right.

There are a few funny moments from the always unpredictable Gary Cole, who does a ridiculous bit as a Latino superspy. As another agent, Famke Janssen is as sleek as always, though she's also a lot more stylish than the movie deserves. As the movie's resident bit of Eurotrash, Malcolm McDowell pisses away what remains of a once stellar career.

It's a drag to watch Eddie Murphy, who showed real sweetness in the "Nutty Professor" and "Dr. Dolittle" movies, return to playing a macho, braying ass. Casting Murphy as a blowhard is an invitation for him to do his worst, and he does. Owen Wilson makes the movie bearable, providing the sort of low-key humor the TV series thrived on. Wilson's comic style is all explanation and self-justification, an endless monologue about everything going on around him. He's a goofball in the body of a straight man and he's got a completely original approach to light comedy. If only he got the vehicle to let that shine.

Watching "I Spy," which isn't so terrible to be a disgrace (but is terrible nonetheless), I thought of a remark that Douglas Sirk once made. If an audience can't bring their imagination to a movie, Sirk once said, they have no business going to the cinema. In an ideal world, "I Spy" would play to empty houses. Given what audiences swallow happily these days, I predict full seats this weekend.