The pioneering DJ of Run-DMC was a godfather of '80s Adidas rap-rock -- but he was no thug. 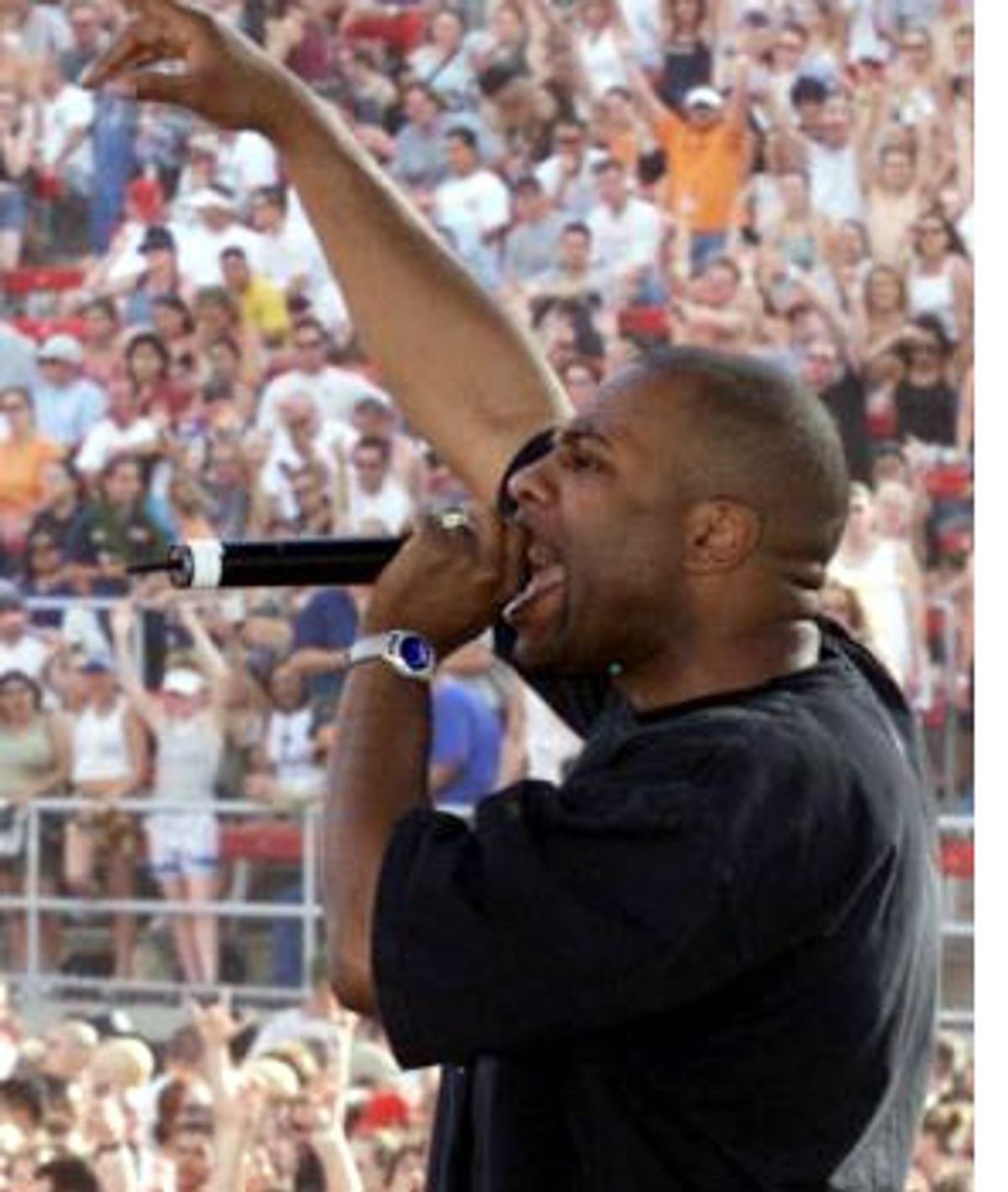 He's a one man band, in his own right
Jam Master jams to the broad daylight
No instruments needed, just two record players
A stage, a crowd and two rhyme sayers

Jam Master Jay, born Jason Mizell in the middle-class Queens, N.Y., neighborhood of Hollis, was the DJ in the legendary '80s rap band Run-DMC. He was shot and killed in a Queens recording studio on Wednesday night. We don't know what chain of events led to Jay's death yet. But it's one thing to take out 'Pac and Biggie, as devastating as those killings were to the hip-hop world. At the risk of taking thug rap at its own word, when you live by the sword, you die by the sword. Jay was 37, a married man with three kids and no particular reputation as a thug or a hard case.

He had earned the right to grow old with grace -- or even without it -- to limp onstage and scratch arthritically and regale the next generation, and those to come, with stories about how they just don't get it. We had earned the right to shake our heads indulgently at him, now that he's been overtaken by Mixmaster Mike and Qbert and the scratch virtuosos who, like all the best children, left their father in the dust.

By the end of the eighties, if you were a kid growing up in New York or New Jersey or Connecticut -- or in my case, all three -- no matter what your name was, there was nowhere you could go without having someone holler out, "Mary, Mary, why you buggin'?" It was practically the Coney Island mating call. LL Cool J, Run-DMC, Grandmaster Flash, this was boardwalk rap, Adidas rap, boomboxes-the-size-of-a-Buick rap. The Beastie Boys were still punk rockers who couldn't play their instruments. Adam Yauch couldn't have found Tibet on a map, and neither could I.

Run-DMC -- if you need a history lesson, Jay formed the group with Run (Joseph Simmons, brother of rap entrepreneur Russell Simmons) and DMC (Darryl McDaniels) -- were hip-hop at its most innocent. OK, so maybe it wasn't so innocent. Maybe all those rumors about Def Jam Records being a money-laundering operation were true. And maybe it's time for us to accept that at the end of the world, it won't be cockroaches and Cher but cockroaches and Rick Rubin. But I was sure as hell innocent. And the sound of a needle scratching on vinyl wasn't the subject of a National Public Radio segment or the soundtrack to a new Gap ad. It was the sound of rock 'n' roll being reinvented for a new generation.

In 1984, when Run-DMC hollered out, "We're live as can be but we're not singing the blues/ We got to tell all y'all the good news," the good news was that rap and rock were never going to be the same. As for the bad news, well you heard it again on Wednesday night.