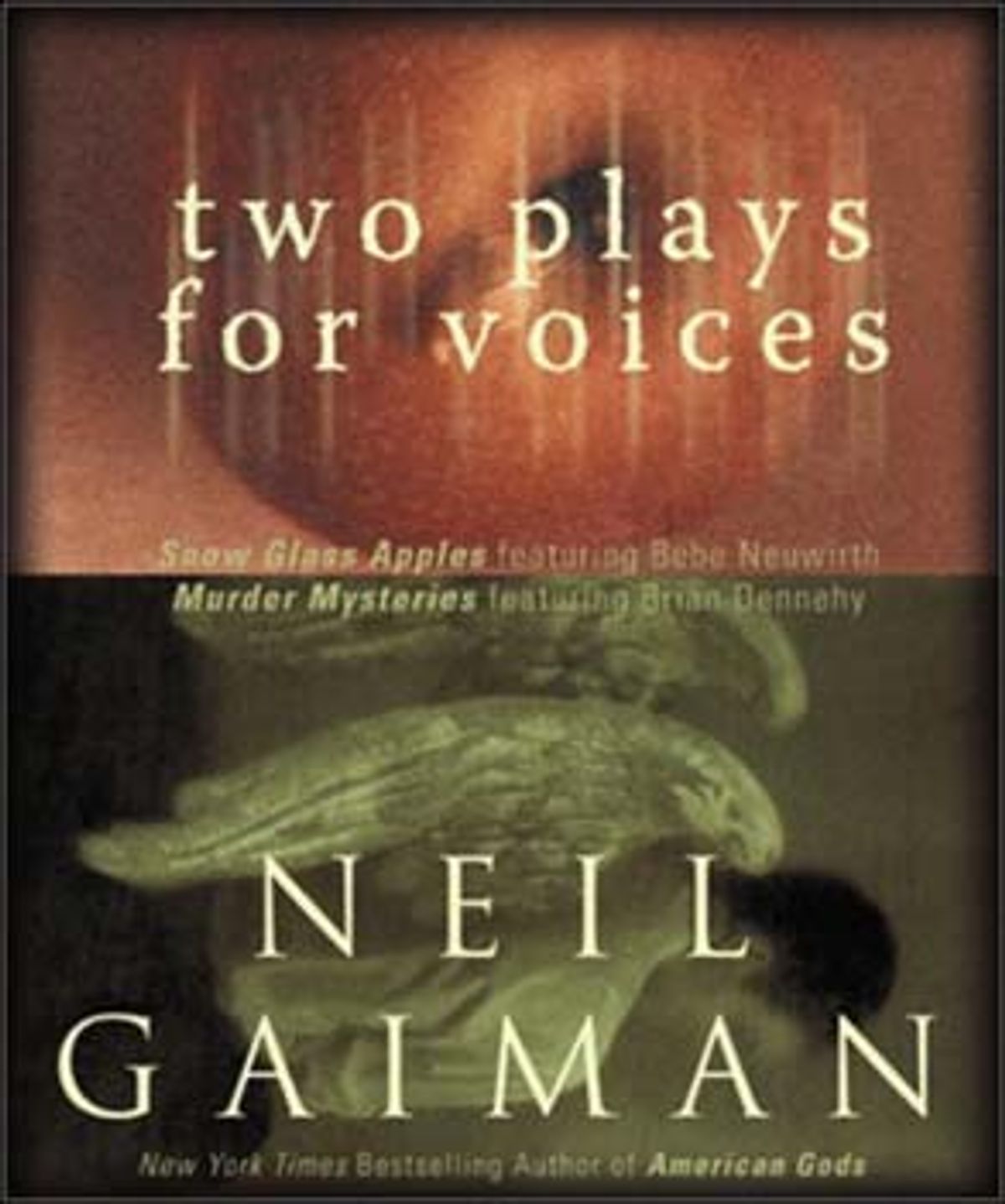 Neil Gaiman is the author of "American Gods," "Neverwhere" and "Coraline." Among the many awards he has won are the Bram Stoker Award and the World Fantasy Award. In 1999 he adapted two stories, "Snow Glass Apples" and "Murder Mysteries," from his collection "Smoke and Mirrors" for a full-cast radio drama that was subsequently produced by the Sci-Fi Channel and Seeing Ear Theatre. Recordings of those performances are now available in a two disc set titled "Two Plays For Voices."

"Snow Glass Apples" is the story of a young princess with skin as white as snow, with hair as black as coal, with lips redder than blood. Sound familiar? Most people think they know what happens to this young unfortunate girl. It turns out that most people are wrong. Tony Award-winning actress Bebe Neuwirth (best know for her performances in "Chicago" and the TV series "Cheers") stars as a wise queen who wants nothing more than to reign over her kingdom peacefully but is forced to match wits with an inhuman child who has an unnatural taste for blood.

Full Cast List:
Bebe Neuwirth as the Queen ; Martin Carey as the Huntsman; Mark Evans as the Prince; Merwin Goldsmith as the Lord of the Fair; J.R. Horne as the Archbishop & Friar; Alissa Hunnicutt as the Maidservant; Randy Maggiore as a Soldier; Kate Simses as the Princess; Nick Wyman as the King.

Listen to an excerpt from "Snow Glass Apples," courtesy of Harper Audio, below.