"The Weight of Water"

Yes, this Sean Penn-Elizabeth Hurley period drama was stalled for two years. It's still better than a lot of movies that get released right away. 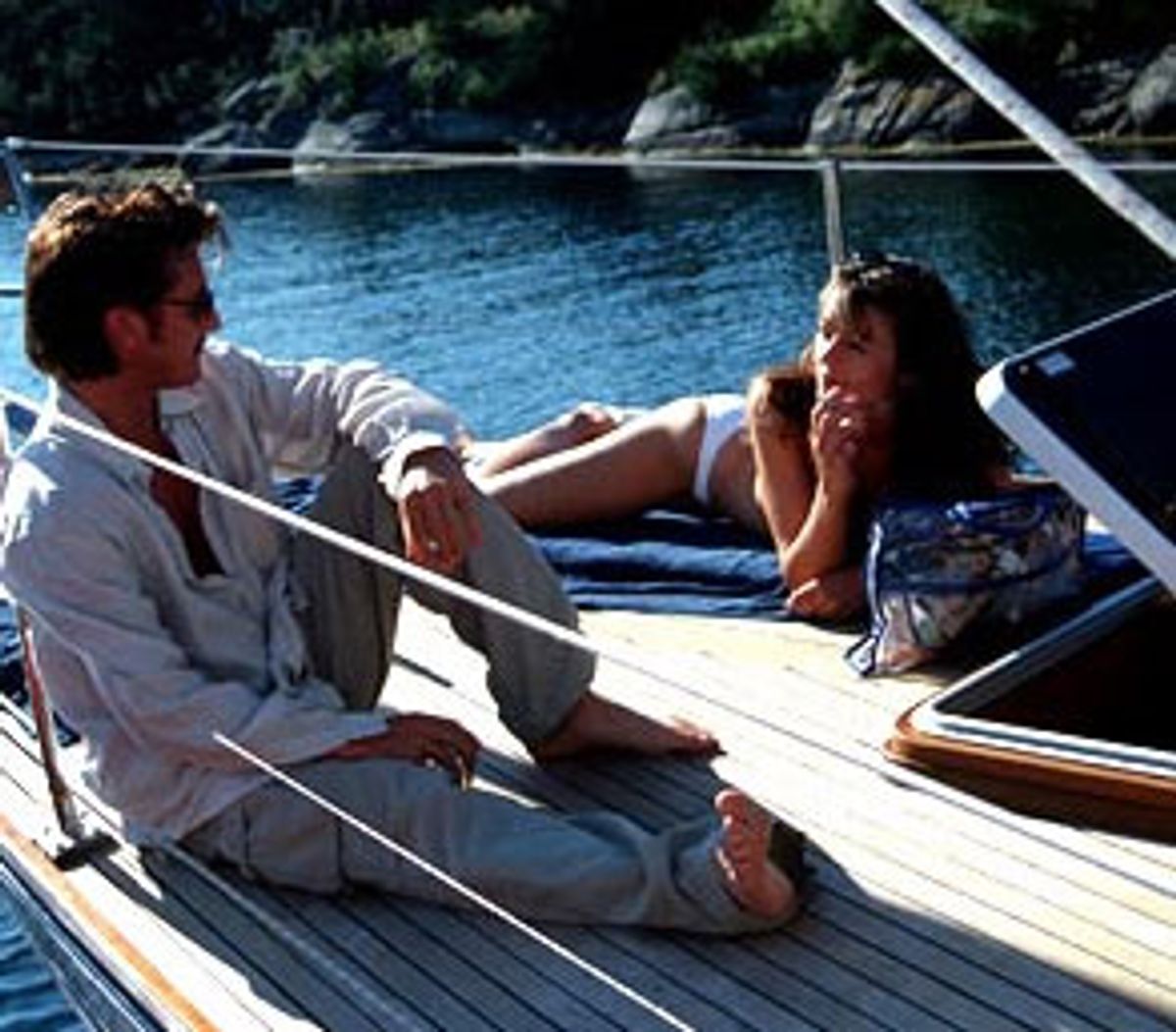 Movies that have been sitting on the shelf for several years always have a whiff of disaster about them. But particularly in this moviemaking climate -- one in which good work can slip through the cracks unnoticed and lousy work can make billions of dollars worldwide for the studios -- who ever knows what keeps a movie on the shelf? If you ask someone who's allegedly in the know about a particular hung-up movie, you're likely to get the extraordinarily unhelpful and authoritative answer, "I hear it's not very good."

Do we believe gossip, or do we believe our own eyes? Kathryn Bigelow's "The Weight of Water" is just now being released; despite the fact that it stars Sean Penn, it's been hanging around for some two years now, languishing after its initial distribution deal fell through. You can like it or not: "The Weight of Water" does have its share of problems -- at times, particularly (and crucially) near the end, it suffers from a lack of clarity, and some of the characters aren't drawn distinctly enough. Still, it's an intelligently made (and beautifully edited) picture that at the very least has a spark of life to it -- more than you can say for plenty of movies that flow through the Hollywood pipeline without a hitch.

Based on a novel by Anita Shreve, "The Weight of Water" tells two stories that aren't parallel but are roughly perpendicular, dovetailing like rustic furniture joints. Catherine McCormack (a fine British actress who hasn't had a chance to make much of a splash Stateside) is a photographer who's been sent to a remote Maine island to do a story on a mysterious ax murder that took place in the 1870s among a small community of Norwegian immigrants. Her husband, Sean Penn, a successful and revered poet, has come along for the ride; they've enlisted the help of his brother, Josh Lucas, who owns a boat, to get them out to the island. When Lucas picks the couple up at the dock, they're surprised to see that he's got his girlfriend, the devilishly seductive Elizabeth Hurley, with him. There's some intense sexual and intellectual connection between Hurley and Penn that McCormack just can't unravel, and it troubles her.

Penn and McCormack's relationship is a tangle of jealousy and well-worn love, and Bigelow, working from a screenplay adapted by Alice Arlen and Christopher Kyle, intercuts their story with that of one of the young 19th-century Norwegian women, Sarah Polley. Polley is a taciturn, businesslike and completely miserable creature who manages to escape a brutal multiple murder: Her sister, played by Katrin Cartlidge (a terrific young English actress who, sadly, died as the result of illness just a few months ago), and her sister-in-law, Vinessa Shaw, aren't so lucky.

Bigelow casts a mood of dread over the picture like a velvet net. That sense of dread is half suspenseful and half mournful: We watch helplessly as Penn and McCormack try to jam some of the pieces of their fractured relationship together. And Polley, who has been married off to a hardworking, decent fellow who barely figures into her existence, harbors a secret love that explains her stubborn unwillingness to engage with life, other than to make a good if loveless home for her husband by cooking, cleaning and handling any number of attendant homestead chores -- like a mantra, she keeps repeating that she welcomes hard work.

Polley is a strange and wonderful actress, with a face that's expressive in very subtle gradations -- even when she's playing a closed-off character like the one here, she's always clueing us in to some submerged motivation or fear or desire. (If you're put off by awkward accents, you might have trouble with the Norwegian-accented English of some of the characters here, but I'd argue that their faces tell the most crucial bits of their stories anyway.) Cartlidge is both touching and unnerving as her thin-lipped, jealous sister; it's a small but firmly controlled performance that gives us a good sense of everything Cartlidge was capable of, which makes her recent death seem that much sadder.

McCormack is a fine-boned beauty who always comes off as believably real: She has a knack for drawing on some deeply recessed source of neurotic energy to give her characters depth and shape. Hurley, on the other hand, isn't likely to ever get her due as an actress, and it's a shame. I wouldn't vouch that she has great range (although really, who ever knows?). But she's been extremely likable (and game) in pictures like the first "Austin Powers" movie and the sorely underrated "Bedazzled." Here, her character is fueled by both simmering treachery and molten-hot sensuality. She's underserved by the story, which doesn't make her role in the grand scheme exactly clear. That means we're left clueless about what motivates her, and the action she takes in one of the movie's most dramatic scenes ends up being simply puzzling. But Hurley carries it off as well as any actress could.

Since Penn is the biggest name here, he's also likely to be the movie's biggest draw. His performance is fine, in that relaxed, offhanded Penn way, although somehow, his character doesn't resonate as clearly as those of the women. This is really their movie: In the case of the modern-day women, he's both a catalyst for their troubles and a bumbling bystander, but, busy with the work of trying to figure him out, they're more dynamic as characters.

Bigelow's movie might not come together as cleanly as it should. But as it moves along, there's always something to watch for, either in the performances or in the way the scenes are so thoughtfully joined. Bigelow is an uneven director -- although I find pictures like "Point Break" hugely enjoyable, I couldn't bring myself to face "K-19: The Widowmaker." But in "The Weight of Water," she's clearly trying to tell a much different type of story, in a way that at least stretches her capabilities. (Considering the way Hollywood pigeonholes directors, that may have been her chief problem in getting this picture released.) We all complain when filmmakers "sell out" and give us recycled Hollywood formula. But maybe it's also time to stop listening when we hear those handy, zombielike, all-purpose words, "I hear it's not very good."