A new box set offers the ingenious 1955 interpretation of Bach's odes to God that turned Gould into a star, and the remarkably different version he recorded in 1981 out of contempt for the former. 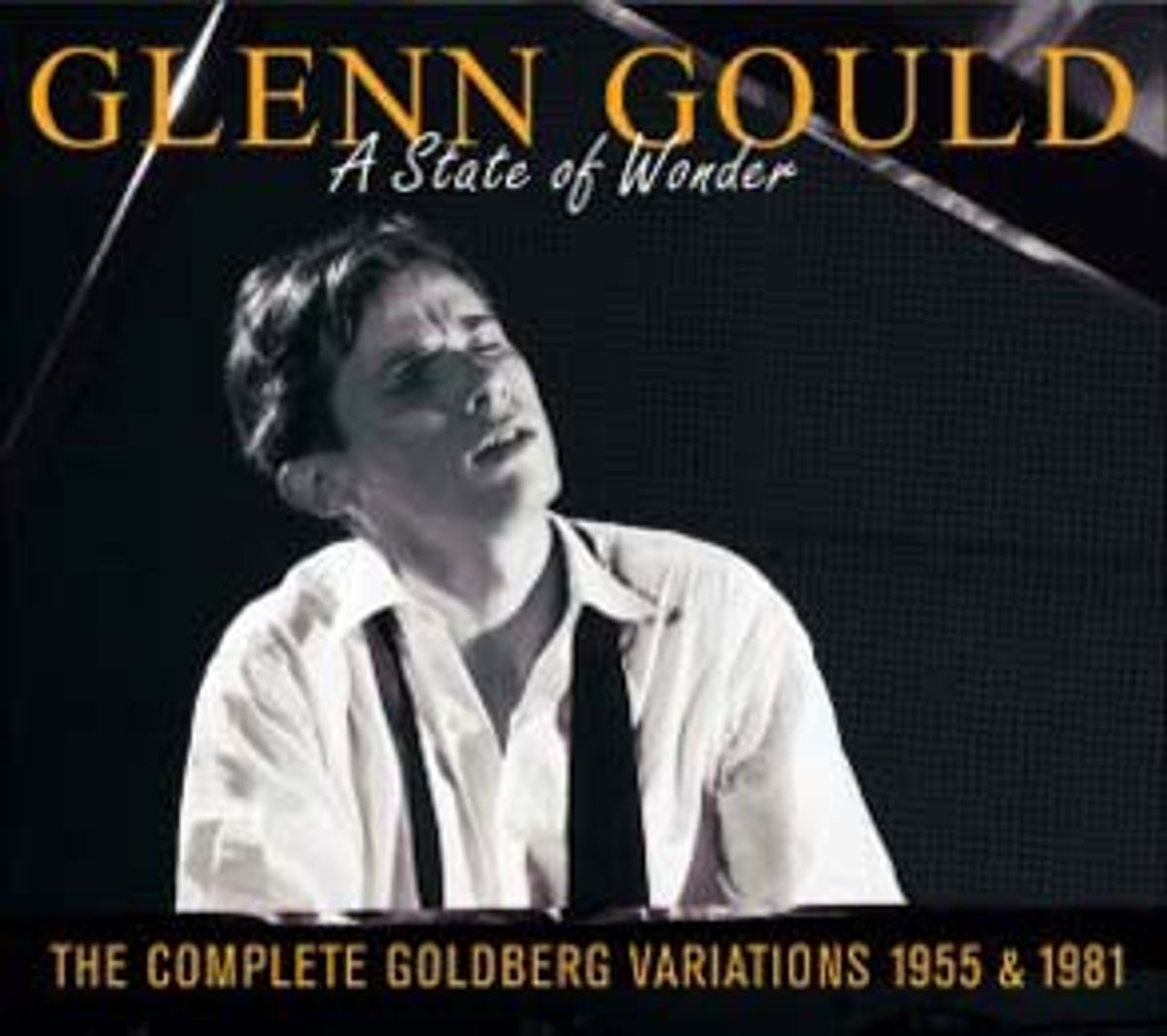 Glenn Gould
"A State of Wonder: The Complete Goldberg Variations"
Out now on Sony Classical/Legacy

That Glenn Gould was both a child prodigy and a musical genius no one disputes. His brilliance was manifest as early as age 3, at which point he read music and demonstrated absolute pitch. To reach the top echelons of classical music, one pretty much has to be a child prodigy, it seems. The classical bins at your local record store are filled with them: Emanuel Ax, Joshua Bell, Itzhak Perlman, Midori, etc. Yet few have been able to achieve the rock-star status Glenn Gould knew from the start of his career to its finish.

Gould burst onto the scene in 1955 at the age of 22 with his first recording -- Bach's "Goldberg Variations." The youthful vigor with which Gould played Bach was more important than his gorgeous technical proficiency in turning this eccentric, skinny pianist into a pop idol. In this breakthrough recording, we hear 18th century odes to God that were written for the harpsichord instead played on piano with bebop influences by a quirky hipster. It was a breathtakingly original interpretation of Bach (who knew the dowdy old German could swing?), and it helped introduce the great composer's work to the Beat Generation.

By 1981, however, when Gould made his second recording of the "Variations," he had entirely changed his mind about how Bach should be played. The 48-year-old Gould, who had never rerecorded any piece, returned to the "Variations" primarily because he had come to hate the recording the 22-year-old Gould had made -- not for its technique, but for its interpretation. Bach should not be toyed with in such a disrespectful way, the older Gould believed, and in his new recording he would play Bach with the dignity and respect he thought the master deserved. The differences between the two recordings are striking. At times they sound like two different compositions. In the 1981 version, Gould replaces his fast-paced, swinging 1955 performance with a sober, elegant rendition that would have been much more to the composer's liking. Still, Gould couldn't resist making some changes, like repeating verses, a technique Bach did not approve of.

The three-disc set, "A State of Wonder: The Complete Goldberg Variations," includes both the 1955 and 1981 recordings, a thick section of liner notes and a third CD containing an interesting and funny interview with Gould as well as some outtakes. It's a great set for fans of Gould or of classical piano in general, as each performance is a true masterpiece, and together they nicely demonstrate how a performer can essentially recompose a work through interpretation.