A federal agency confirms that it maintains an air-travel blacklist of 1,000 people. Peace activists and civil libertarians fear they're on it. 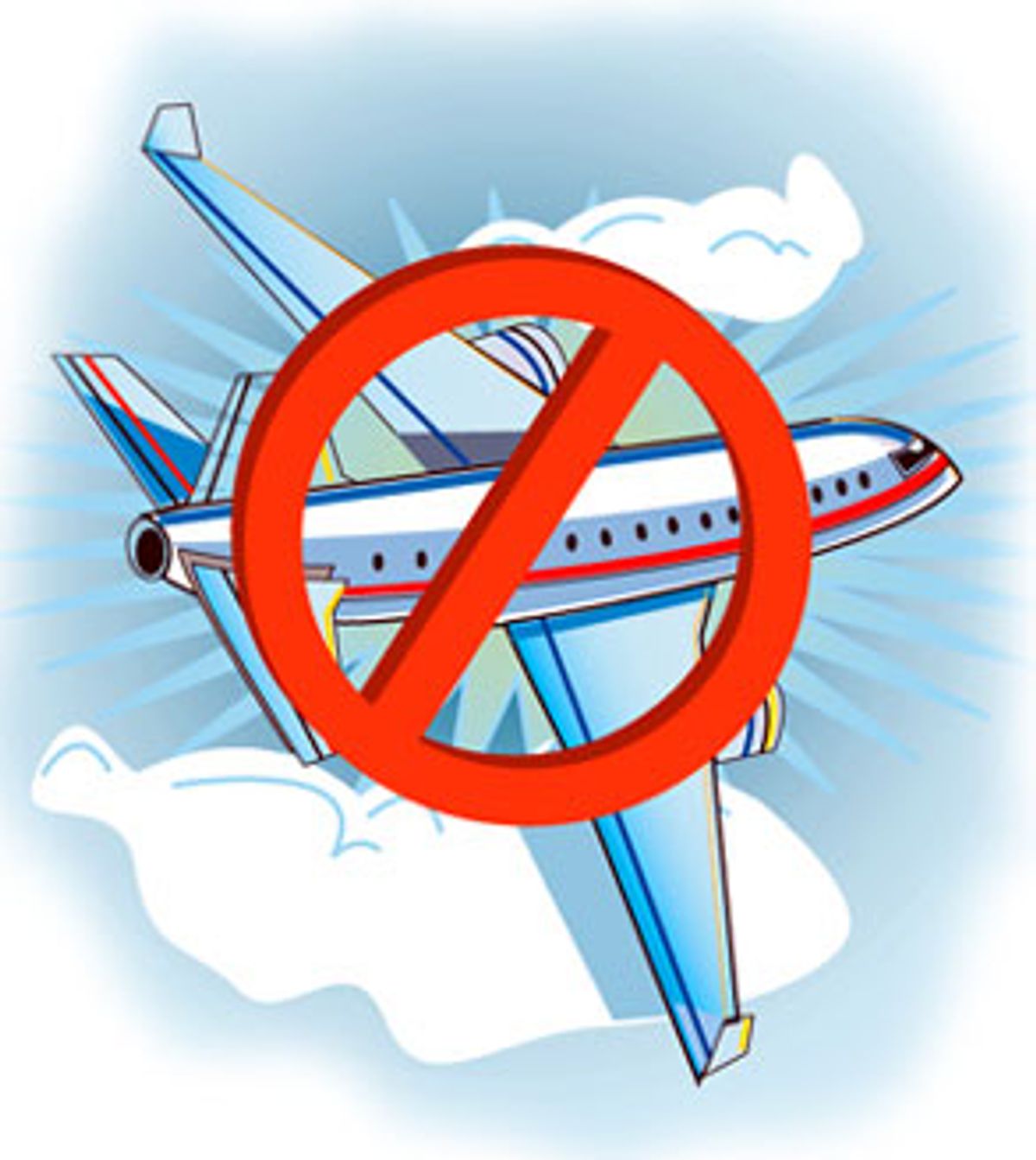 Barbara Olshansky was at a Newark International Airport departure gate last May when an airline agent at the counter checking her boarding pass called airport security. Olshansky was subjected to a close search and then, though she was in view of other travelers, was ordered to pull her pants down. The Sept. 11 terrorist attacks may have created a new era in airport security, but even so, she was embarrassed and annoyed.

Perhaps one such incident might've been forgotten, but Olshansky, the assistant legal director for the left-leaning Center for Constitutional Rights, was pulled out of line for special attention the next time she flew. And the next time. And the next time. On one flight this past September from Newark to Washington, six members of the center's staff, including Olshansky, were stopped and subjected to intense scrutiny, even though they had purchased their tickets independently and had not checked in as a group. On that occasion, Olshansky got angry and demanded to know why she had been singled out.

"The computer spit you out," she recalls the agent saying. "I don't know why, and I don't have time to talk to you about it."

Olshansky and her colleagues are, apparently, not alone. For months, rumors and anecdotes have circulated among left-wing and other activist groups about people who have been barred from flying or delayed at security gates because they are "on a list."

But now, a spokesman for the new Transportation Security Administration has acknowledged for the first time that the government has a list of about 1,000 people who are deemed "threats to aviation" and not allowed on airplanes under any circumstances. And in an interview with Salon, the official suggested that Olshansky and other political activists may be on a separate list that subjects them to strict scrutiny but allows them to fly.

"We have a list of about 1,000 people," said David Steigman, the TSA spokesman. The agency was created a year ago by Congress to handle transportation safety during the war on terror. "This list is composed of names that are provided to us by various government organizations like the FBI, CIA and INS ... We don't ask how they decide who to list. Each agency decides on its own who is a 'threat to aviation.'"

The agency has no guidelines to determine who gets on the list, Steigman says, and no procedures for getting off the list if someone is wrongfully on it.

Meanwhile, airport security personnel, citing lists that are provided by the agency and that appear to be on airline ticketing and check-in computers, seem to be netting mostly priests, elderly nuns, Green Party campaign operatives, left-wing journalists, right-wing activists and people affiliated with Arab or Arab-American groups.