Political spam: Get used to it

An outraged constituent is suing Elizabeth Dole's campaign for sending junk e-mail. Is spam from politicians a crime -- or a vital First Amendment right? 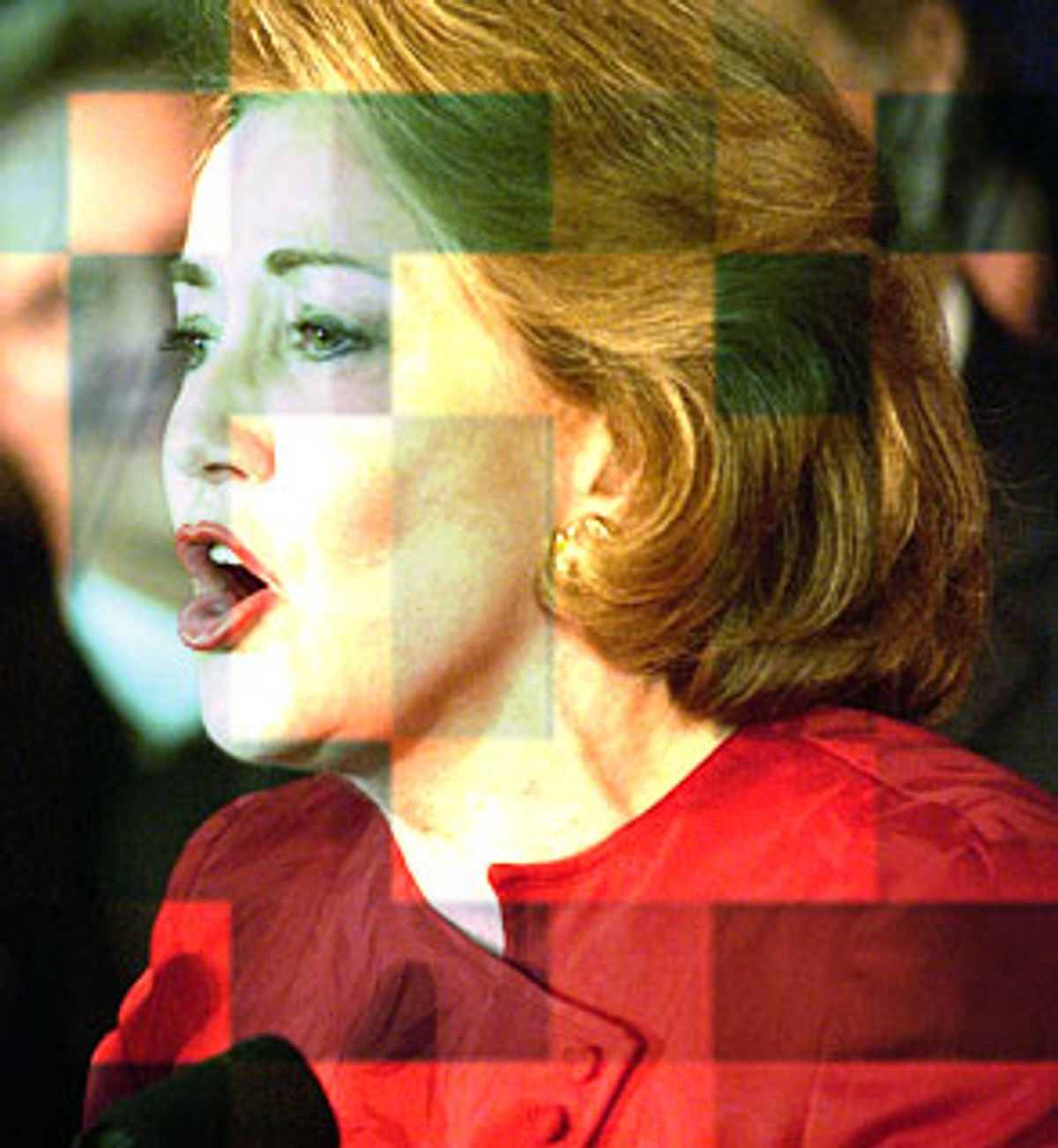 When Ken Pugh, a computer consultant, returned to his home office in Durham, N.C., this summer after spending three weeks hiking the Appalachian Trail in Connecticut and New Hampshire, he discovered a new breed of junk e-mail fighting for his attention among the usual crowd of penis enlargement and Viagra advertisements.

He was the disgruntled recipient of political spam from then wannabe-senator Elizabeth Dole. Pugh, who gets about 25 spam messages a day, had received eight unsolicited e-mails from candidate Dole, outlining her positions on everything from estate taxes (she's against them) to drought relief for North Carolina farmers (she's for it).

The computer consultant couldn't figure out how he'd gotten on the list, since he hadn't signed up for any bulletins from Dole's campaign Web site. One possibility: Dole's site includes a "refer a friend" feature that encourages supporters to offer up their chums' e-mail addresses on her candidacy's behalf.

Pugh didn't know what so-called friend might have opted him in, but he was happy to finally have caught a spammer who'd put her name on the messages: Elizabeth Dole. "All of a sudden, I'd gotten spam from someone who I could identify," says Pugh, a registered Independent.

North Carolina is one of 26 states with anti-spam laws. So Pugh wrote to the Dole campaign demanding $80 in reparations -- $10 for each unsolicited message, as the state statute specifies.

On Aug. 26, the Dole campaign responded, assuring Pugh that he'd been removed from its mailing list, but refusing the payout, pointing out that North Carolina's anti-spam law applies specifically to "commercial" e-mail messages.

"As the Dole campaign is not a commercial venture, we feel it would be inappropriate to send you a check at this time," wrote campaign chairwoman Margaret Klutz. Not missing any opportunity to plug her candidate, Klutz closed by suggesting that Pugh consult Dole's Web site for "more about Elizabeth's plan for helping North Carolina ..."

Instead, Pugh filed suit against the Dole campaign in small-claims court the second week of September. He asked for $80 in damages, which he justifies as $20 for the 12 minutes, at $100 an hour, he spent reading the messages; $20 for "emotional distress for having received spam from someone who should know better"; and $40 in punitive damages.

Although he concedes that Dole's messages were not of a commercial nature, he hopes the "computer trespass" part of North Carolina's anti-spam law will apply to his case, when his suit finally goes to court in Salisbury, N.C., on Monday, Nov. 25.

Although Pugh filed suit in early September, his case was delayed until after the Nov. 5 election, at the request of Dole's lawyer, who was busy with other cases in court. Dole campaign officials did not return calls for comment.

Their silence underlines the paradox inherent in anti-spam laws. The very politicians who craft and vote on spam legislation have no incentive to make the same rules apply to them.

"The politicians will not pass a law that says that they're not allowed to spam you," says Laura Atkins, president of the SpamCon Foundation, a nonprofit that fights bulk e-mail. "It's bad enough that they call me on the phone in the middle of dinner. To have them invade my e-mail in box is just another insult."

But free-speech advocates say that political e-mail messages should not be restricted. "The heart of free speech is political speech. The idea of democracy is dependent on educated voters. If you can't even talk to the people who you want to vote for you without running afoul of the fact that you might annoy them, I think it's a real problem for democracy," says Cindy Cohn, legal director for the Electronic Frontier Foundation.

Sen.-elect Dole isn't the only candidate who has found blasting out e-mails a useful campaign tool. In March 2002, a Republican candidate for governor in California, Bill Jones, sent messages with forged headers to voters, routing the spam through the server of an elementary school in Chonnam, Korea.

In 1999, New Jersey Republican Murray Sabrin caught heat for his spam campaign for Senate. And this year, Delaware Democrat Steve Biener defended his spamming for Congress on the grounds that it allowed him to run for office without accepting donations from special interests.

Politicians appear to spam for the same reasons that hawkers of "amazing love potion that works" do. It's a cost-effective way to get their message out.

But do the politicians have the right to send junk mail?

It all depends on the view the courts take of the e-mail in box. If your in box is considered private property, does that mean you can sue someone for trespassing on it to speak to you? Or does merely having an e-mail in box amount to an invitation to strangers to send you messages? Or does the in box occupy a more ambiguous level of privacy, just like a mailbox placed in front of a house to receive letters?

Atkins of the SpamCon Foundation takes a hard line on in-box privacy: "There's no right for someone to trespass on your property and talk to you," she says.

Jonathan Zittrain, faculty co-director of the Berkman Center for Internet & Society at Harvard Law School, compares candidate spam to a "political pamphleteer letting himself into your house to give you some literature when you hadn't bothered to answer the door."

While speech itself may be protected, the method of delivery of a message may not be.

"If you break into somebody's house to write them a note or write a note and tie it to a rock and throw it through their window, those are communication too," says David Sorkin, law professor at the Center for Information Technology & Privacy Law at John Marshall Law School in Chicago. "If you print up fliers and drop millions of them from a plane, you could prosecute that as littering, even though the sole purpose of that is to communicate."

But First Amendment advocates reject the window-shattering analogy. "I don't think that anyone thinks that getting an unwanted e-mail is like a rock through your window," says Cohn of the Electronic Frontier Foundation. "The speech implications of deciding that every time someone sends you a message it's trespass are tremendous."

While some states, like North Carolina, explicitly limit their spam laws to "commercial" e-mails, other state statutes apply more generally to "bulk" e-mail. Legal scholars stress that the courts have traditionally afforded political speech an even higher level of protection under the First Amendment than commercial speech.

But spam laws simply haven't been on the books long enough to be subject to a constitutional challenge. "This is still surprisingly cutting edge," says Zittrain.

According to Sorkin, there have already been hundreds of suits filed under new state anti-spam laws, brought by individuals, like Pugh, who are fed up with spam and trying to use the courts to make a point. But most of those have been in small-claims court, where rulings do not establish legal precedent.

As for Pugh, he hopes that his small-claims court case will teach Dole, who will begin representing him in the Senate next year, a lesson about spam. "This is sending a message by saying: 'You spammed. You should know better,'" he says. "If I win, they'll know not to spam me again. If I lose, at least I've raised the issues."