"Joined at the Heart" by Al and Tipper Gore

Heartwarming tales of unconventional families from Mr. and Mrs. Gore? Sounds like the snooze of the year -- but against all odds their new book is endearing and even inspiring. 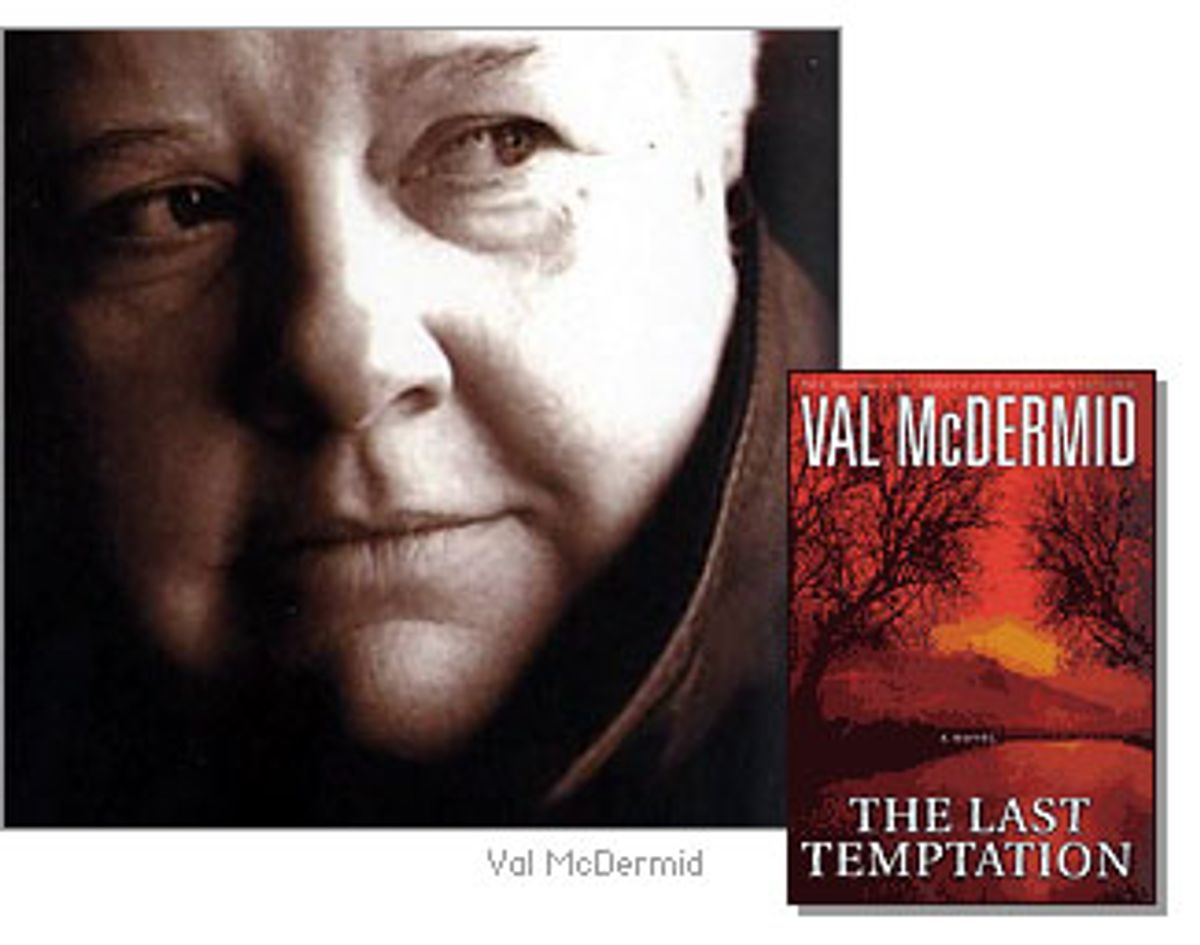 When I first saw the great Web parody "Black People Love Us!" I thought of Al Gore. He, too, proudly reached out to the Black Man, and had many of his awkward advances recorded for posterity (a good selection exists here). A highlight: Then-Vice President Al Gore, in fully Jesusfied delivery, giving the Martin Luther King Day speech before churchgoers at Ebenezer Baptist in Atlanta in 1998, and comparing inner-city turf wars between Crips and Bloods to Rwandan Hutus and Tutsis. Yow.

Sally and Johnny, the fantasy hosts of "Black People Love Us!" also make efforts to speak like their black friends ("Sally's always saying: 'You go girl!' while 'raising the roof' to mainstream hip-hop tracks at bars. That's fun! I relate to that," says one of the couple's "friends"). That's not all they have in common with Gore. They're also painfully earnest and well-intentioned, and they seem to have totally warped looking-glass self-images. When they think they're showing us how cool they are, we're actually seeing the brutal opposite.

Of course, Sally and Johnny are fictional, and Al Gore still wants terribly to be the real president of the United States. As he's made his recent reentry into public life on the promotional tour for "Joined at the Heart," the book he co-wrote with his wife, Tipper, Gore has tried to be more relaxed, more cool.

It didn't take long before he miscalculated again (his poll numbers following the media onslaught were horrific), and the criticisms returned. After his second or third interview (post-Barbara, pre-Katie) a Salon colleague of mine said, "This was supposed to be the new, spontaneous Al Gore, but he's reciting the same talking points in every interview. Jesus!" New York Times reporter Adam Nagourney pointed out that the simple act of trying to look more spontaneous "only invites Mr. Gore's opponents to portray him as reinventing himself again," while columnist Frank Rich noted that Gore's quoting of the popular song refrain "Freedom's just another word for nothing left to lose" -- repeatedly, interview after interview -- made it seem about as carefree an anthem as "I will fight for you!"

Even David Letterman, during Gore's recent "Late Night" appearance, offered a backhanded compliment of sorts. After Gore deadpanned a response (his most personable, if overused, technique), Letterman told him, "You're a lot funnier than I remember you." That's probably because the Gore whom Letterman remembers was simply not funny at all.

"Joined at the Heart," the nominal reason we're seeing so much of Gore lately, could easily have been another complete misfire. The narrative voice in the book shifts occasionally into a third person, as is necessary for such joint projects, threatening to make the Gores sound cloying: "When Tipper was reading several e-mails during a conversation, Al finally sent her an e-mail of his own, even though they were only a few feet apart: 'Will you please stop using your pager and talk to me?' It worked -- at least temporarily."

It's very Sweet Valley High, and the book could have wound up as rich camp, a collection of cute Gore anecdotes bouncing off profiles of the downtrodden lives of the handful of families the Gores choose to represent new American paradigms. But, against all odds, the Gores actually grow on you pretty fast in "Joined at the Heart." Their humor is sepia-toned and quaint, but it's sincere. And that imbues the book with a warmth only a true cynic can resist (and I tried). It's also a difficult exercise to pull off: a couple born into privilege trying to document the struggles of much tougher lives. The result can, and probably ought, to sound pandering or condescending. But what emerges is a fairly upbeat exploration of a few families, very different from our nuclear sitcom stereotypes, and the original ways they've devised to get along, interspersed with the Gores' comments on the restorative powers of family life.

These are not necessarily always gripping. It's Redbook reading -- people tackling awkward complications, like two divorced parents, Cindy Nalley and Mitch Philpott, organizing their lives around a severely disabled son who needs round-the-clock care. With neither willing to give up parental rights, they've split the difference, and their son stays with each parent on alternate days and weekends. That sounds crazy, of course, but it also seems to work since, as the Gores put it, "their three-parent [Nalley remarried], two-home family ... enables them to maximize the love and the energy they can devote to their son, and yet still restore and renew themselves as individuals so that they can continue to meet the challenges to do right by their unique family."

The families the Gores profile tend to be variations on a theme; most stretch the concept of a "blood relationship" by being muddled with step-dads or step-moms or, in the case of the gay couple, adoption. Their stories can be a little didactic -- these are families chosen because they work, after all -- and the struggles they recount to the Gores don't ever sound too bleak. But there's surely value in describing how unconventional families can succeed since, as the Gores amply demonstrate, they're the wave of the future. For better or worse.

Some critics have attacked the Gores' book as Pollyanna-ish, claiming that it ignores the real problems that, according to some researchers, follow divorce and the dissolution of the nuclear family. In the Dec. 5, 2002, issue of the New York Review of Books, the political scientist Andrew Hacker writes that "instead of deploring the ubiquity of divorce and part-time parenthood, the Gores applaud the 'explosion of new family forms and novel solutions to age-old problems.'"

That's not particularly fair. It's true, this is not a book that raises red flags -- its authors never abandon their belief that "Americans will do the necessary work to preserve the essence of family even as its outward form changes." But the Gores' book also serves as a survey of bestselling and well-respected writers and researchers on the family, and it doesn't shy away from those who could alienate a lefty boomer base; Judith Wallerstein's influential book "The Unexpected Legacy of Divorce" is given a full sounding here, drawing on her thesis that "children of divorce may struggle with the fear of betrayal, which in turn impairs their ability to develop and maintain romantic relationships. Lacking role models for healthy relationships, they often have difficulty creating successful families of their own." That's followed by a rejoinder from another researcher whose own findings are more upbeat -- but still, a critic would be hard-pressed to argue that the Gores whitewash divorce. (Hacker complains that "their general position is that marital breakups deserve understanding rather than reproof or disapproval" Geez, it's the 21st century, buddy.)

Tipper, herself the child of divorced parents, was raised by her mother and grandmother, and her own experience says volumes about the pain divorce can cause. "When Al was a young boy growing up, it never once occurred to him that the foundation upon which his security depended -- his family --would ever shake." Any reader not scouring the book in search of material for political potshots naturally wonders, then, What about Tipper? and can read much into the silence there. Instead, we get passages about how "Tipper feels that in many ways she developed resilience because she ... was taught 'Your problems can be your best friends if you learn and grow from them.'" A careful reader will see the pain she's judiciously decided not to share with us.

Gore proved in 2000 that he could be as calculating as any politician, but the suggestion that he is promoting successful family models as a callous political strategy seems fantastical. There are, however, seeds for a platform here, and some of the political ideas can seem a little forced. The Gores call for universal preschool and support after-school youth development programs for elementary and high school students, which seems fine. But in the final chapter they extend their concern to the environment, and while some of their points are well-taken, they don't really belong in this book: "Cleaning up the air and water and preventing more cases of asthma among children would be considered more important than bailing out a polluter who doesn't clean up his own mess" and a passage advocating "phasing out the internal combustion engine, in much less than 25 years." (Gore sure isn't pandering to Michigan.) The authors also call for a more progressive tax system and against privatizing Social Security.

But these are fairly bland political points tacked on to what attempts to be a feel-good experience -- and the book largely succeeds at being that. Anyone reading it can surely find cause to feel a little better about Gore. The stiffness, the "Black People Love Us!" quality, remains -- such as when the Gores write about how the gay couple they profile, John and Josh, try to decide which last name to give their two adopted sons, both of whom are multiracial. "They might have considered hyphenating their two last names for the whole family, but John didn't think that his last name, Coon, was appropriate for the children, since Noah is African-American and Marcus is African-American and Latino."

But that dorky formality -- especially in the face of life's most insane little pranks -- proves endearing. Early on in the book, the Gores describe the fateful moment that they "knew": "We know it seems unbelievable, but on that next date, there was a moment that neither of us will ever forget: while dancing and talking, our eyes met and everyone else melted away. A deep connection was made -- and remains to this day." That's sweet, but crisply rendered and without artifice; it's no cheap attempt to titillate soccer moms (remember that kiss?). It seems genuine, and for Gore, or any public figure, that alone is an accomplishment.