Adrienne Crew reads from her piece about black American princesses, responds to reader comments, and swears never to joke about Oprah again. 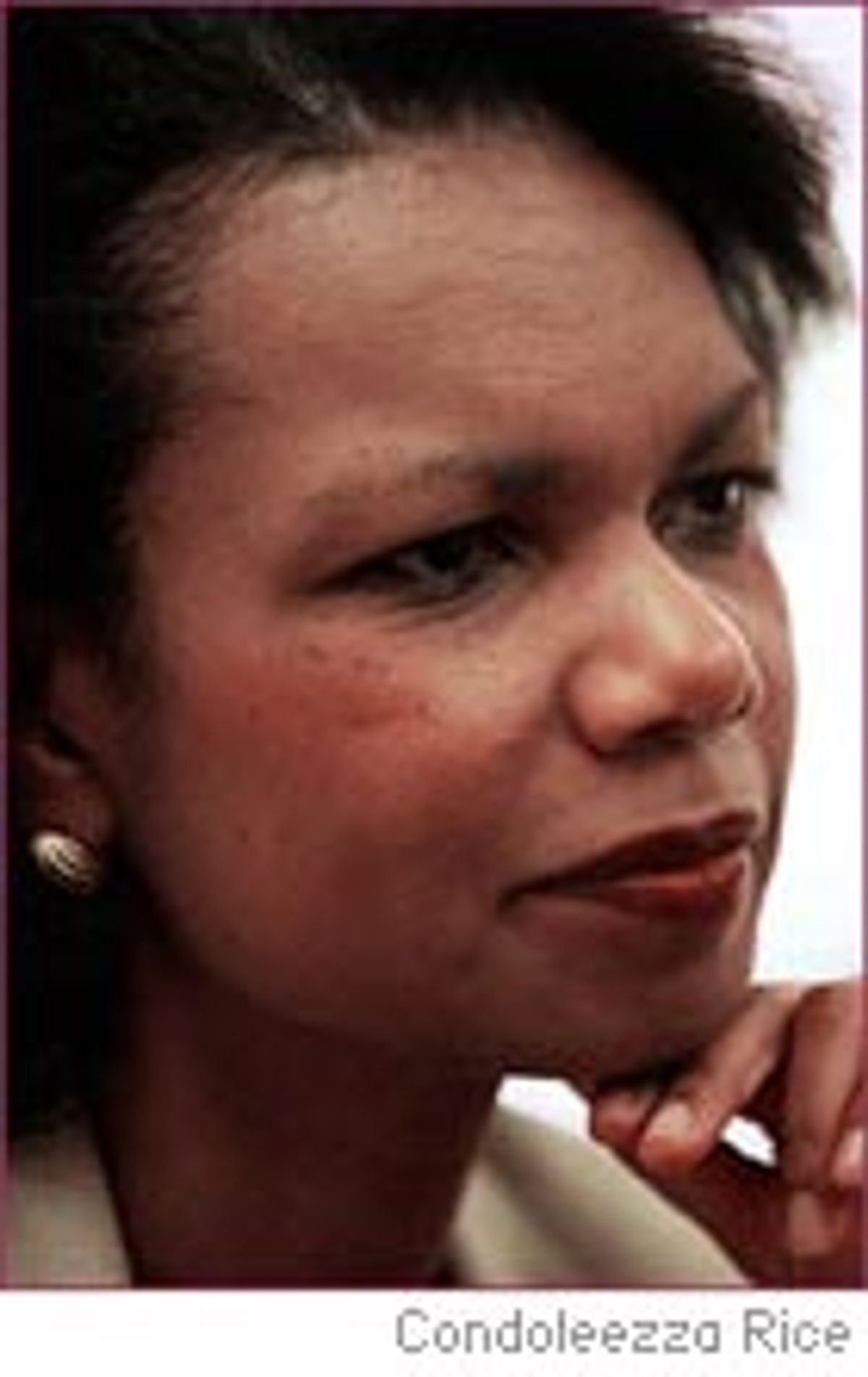 This is an audio adaptation of the article "BAP Like Me," which I recorded for "On Point Radio" (produced by WBUR, the NPR affiliate in Boston).

I received many letters from readers -- some complimentary and others very, very angry. It's fitting that my piece triggered such emotion since I conceived it out of my anger on reading Nicholas Lemann's profile of Condaleezza Rice in the 10/14-10/21/02 issue of the New Yorker.

Before the fur starts flying again, I'd like to say a few things:

1) I've learned to never make jokes about Oprah Winfrey. Mea culpa. I solemnly swear to never do it again.

2) I wrote the piece to shed light on the invidious classism and internalized racism of the black upper middle class.

I'm happy to debate the finer points of who and who is not a BAP, but I feel there's significant elitism, classism and unearned entitlement involved with being a BAP, and am, therefore, not surprised that Condoleezza Rice feels comfortable advocating on behalf of a presidency that supports the ruling class.

On the other hand, I can really relate to her. I'm proud to see a black woman in such an important and powerful position. I respect her intelligence, but I cannot blind myself to the fact that I disagree with her politics and feel that she's made personal choices that I wouldn't feel comfortable making. That's the main point of the piece.

I'm glad the piece triggered emotional responses. Perhaps it will galvanize people to write letters or essays of their own and, in turn, inspire others. Don't stop there; use that energy to discuss, debate and act collectively to break down the barriers that separate us from one another.