This crime drama about a dealer who dips into high finance will rob you of something more precious than drugs: Your time. 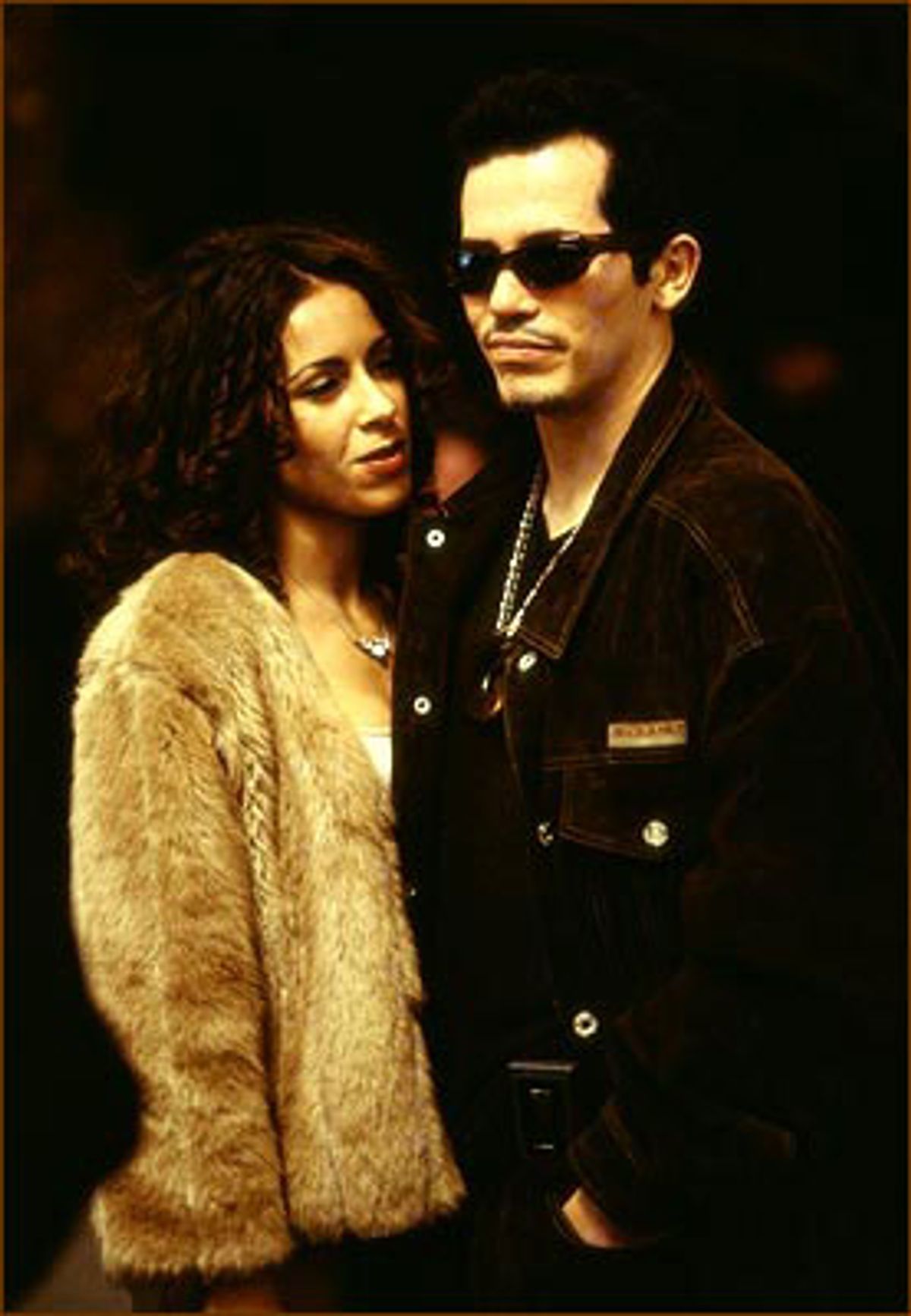 "Empire" is one of those crime dramas that work overtime to rub our noses in the gritty realism of drug dealing in the Bronx. Innocent bystanders get killed, best friends turn against each other, and drug lords (or, in this case, drug ladies) wield the power of life and death over their minions.

It's a tough world out there, except when it comes to plot logic. When common sense becomes a pesky inconvenience, "Empire's" first-time writer-director Franc Reyes simply pitches it out the window. New York's toughest borough becomes a kind of candyland for bad guys, a place where cops appear tentatively now and then to make an arrest or two but mostly stay out of the way; where a child dies in the midst of drug-war gunfire and nobody seems to be very interested in finding out who's responsible; where straight-arrow girlfriends claim to disapprove of their drug-dealer boyfriends' activities yet complain that those men have "lost a sense of their roots" when they try to go straight. Living a life of crime in the Bronx is hard, but not nearly as hard as figuring out what on earth is going on in the minds of half the characters in "Empire."

John Leguizamo is Vic, the leader of a small gang of drug dealers who are more like stand-ins for character types than real characters. (One of them, Chedda, is played by Anthony "Treach" Cress of Naughty by Nature, an appealing actor who has almost nothing to do here except scowl.) When Leguizamo learns that his solid, law-abiding, college-student sweetheart, Carmen (Delilah Cotto), is pregnant with his child, he decides to try to go straight. Opportunity knocks -- oh, how it knocks! -- in the pulchritudinous form of Denise Richards: She plays Trish, a friend of Carmen's, who just happens to have a rich investment banker boyfriend, Jack (Peter Sarsgaard), who's all too happy to coax Vic, with his ill-gotten millions, into a business deal.

Leguizamo is generally a likable and believable actor, and he tries hard to hold "Empire" steady. But the movie's action unfolds laboriously before us, dragged along, bumpety-bumpety, by the plodding voiceover that Leguizamo has the misfortune of delivering. ("A man's actions always have their consequences" is just one of the McNuggets of truth he has to serve up.) Richards, on the other hand, makes a wonderful bad girl, and the picture pulses with life whenever she's on-screen: There's a party scene in "Empire" populated by pretentious rich people, and Richards is right there in the middle of it, wearing a ridiculous white-girl Afro. She's like an exotic, crazy bird, and she's completely in on the joke of her character even when the movie doesn't seem to be. Trish may be a caricature, but Richards' good humor, as bright and shiny as a lip-gloss kiss, ends up feeling like the movie's most realistic and believable feature.

Most of the other actors in "Empire" are like confused molecules with no place to go, and Reyes doesn't know how to guide them. Sarsgaard is supposed to represent the insidiousness of big-business evil, but he just looks like a spoiled kid in a nice suit. Isabella Rossellini has a small role as a drug queenpin, but not even her gorgeously drowsy voluptuousness amounts to much (although she does get to sport a fantastic Jacqueline Susann-style bouffant). The picture is at least nicely shot: Cinematographer Kramer Morgenthau ("The Man From Elysian Fields") comes up with just the right look for the material -- he's extremely conscientious about balancing the picture's brooding darkness with velvety patches of light.

But that's not nearly enough to alleviate the chore of having to sit through "Empire." Life in the Bronx is hard, all right. Getting through a movie shouldn't be harder.