R is for rabid

Liberals are poopie-heads! and other lessons for the children of far-right-thinking adults in Ann Coulter's new kids book, "I Know You Are but What Am I." 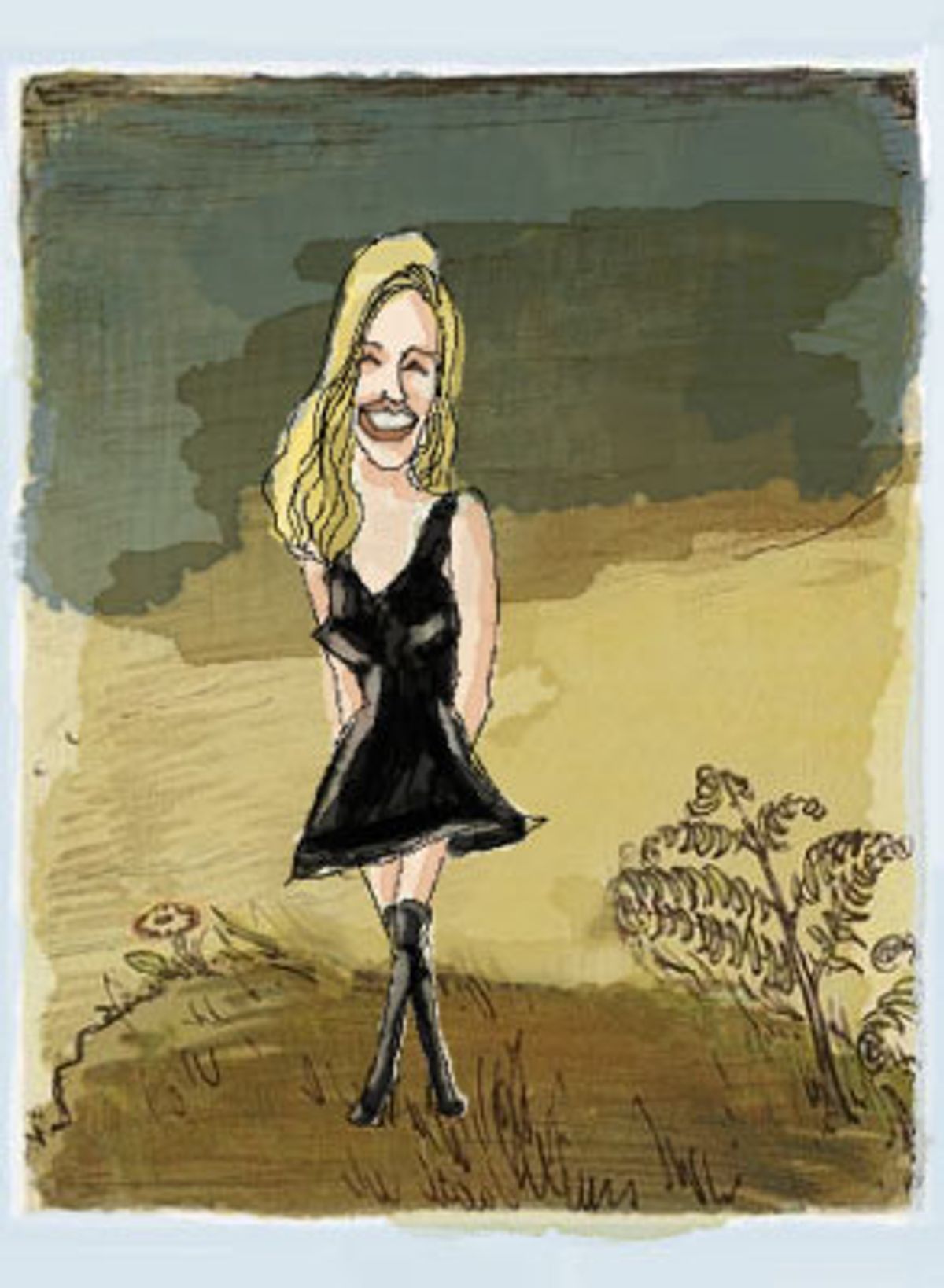 Conservative columnist Ann Coulter announced today that she has written a children's book, joining such celebrities as Jerry Seinfeld, John Lithgow and Spike Lee in the kid-lit field. Coulter says her book "I Know You Are but What Am I?" is aimed at the 4-to-6 age group and reflects such old-fashioned values as self-reliance, hard work and bigotry.

Claims Coulter, "Children are being ill-served by the liberal publishing industry that tries to sell them a bill of goods about how 'self-esteem' and 'compassion' will get them somewhere in life. They need books that show them the value of being white, Christian and middle-class -- now, while they are still young enough to make use of the message."

Coulter asserts that her book not only prepares children for life by teaching them basic facts, such as "Liberals are wrong about everything," but also helps them to cope with the rigors of the playground.

"Let's face it -- children can be cruel in their taunts and teasing. My book helps arm your children by giving them better, crueler invective and more creative taunts to lob at their opponents."

Coulter's effort is an "I Can Read It Myself" book, since the author believes that children should pull themselves up by their own bootstraps and get literate, instead of relying on parents to read to them, or on teachers to teach them.

She also feels that a diet of fantasy books about such characters as Harry Potter and Winnie the Pooh has a deleterious effect on young people's ambition and drive.

"Children have been led to believe that you can just wave your magic wand or find a honey tree, and all your wants are met. Clearly, this is part of the Democratic agenda, which wants to keep children helpless and dependent on the party's largesse, instead of encouraging them to get jobs and support themselves. I think it's time we cut off this parental 'welfare system' for pre-adults and got them back to working in coal mines and chimneys, like their forefathers did. That's why the characters in my book are strong, self-sufficient 6-year-olds who live in the real world, where they work, pay taxes and invade Iraq."

Coulter's editor at Crown's children's division, Mary Lou Perkins, denied having any concerns about the information presented in the book. "'I Know You Are but What Am I?' has footnotes and citations, and probably dozens of facts, so I'm sure it's all accurate and true. And it has lovely illustrations showing the Little Red Hen doing all the work to make the bread and then eating it all herself while the other animals die of starvation. And there are charming pictures showing little American children throwing rocks at children of other nations. I think many parents will find it just the kind of book they've been seeking for their families."

Coulter's book faces competition not just from celebrities, but also from bestselling adult authors, including Michael Chabon, Carl Hiaasen and Toni Morrison, who are joining the children's book industry. But "I Know You Are but What Am I?" has something the others don't -- a photo of the author wearing a low-cut, black vinyl minidress. Coulter denies that this photo might be inappropriate for a children's book.

"Fathers buy 70 percent of the books for their children these days, and I just wanted to give them something to look at while they're rummaging through all the other books, with their bunnies and kittens. And while it's true that a short skirt and blond hair let you get away with a lot, I don't think I'm sending a message to little girls that they can get away with not doing their homework if they just dress like a tart and look cute. I think that is the kind of immoral liberal message sent by the rapist and traitor Bill Clinton."

An excerpt from "I Know You Are but What Am I?"

"That's mean!" said Susan.
"Liberals are bad!
They hate us and call us names and want to take away our guns!"

"Yeah!" said Betty.
"And they like to suck the brains out of little babies."

"And conspire with terrorists," said Tom. "They are poopie-heads."

Susan said, "Yes, they are poopie-heads. We should invade their countries, kill their leaders and convert them to conservatism."

"Let's ask Father to help us kill and convert them," said Tom. "But now, I want to go to the park. Let's go have fun."

Away they went to the park.
Tom said, "I like the park.
I like looking for treasure in the park."

"Me too!" said Betty.
"Look what I found.
I found a note.
My note says, 'I killed Vince Foster. Signed, Bill Clinton.'"2

"That is a good note to find," said Susan. "Let's take it to the attorney general!"

"Yes," said Tom.
"We will take it to John Ashcroft.
Then the internment camps for liberals can begin!"

"Goodie!" said Betty.
"Let's run to the White House and start the purges!"

Sheri Zollinger is a humor writer and co-author (with Scott Clevenger) of Subliminal Cinema: Life Lessons From Lousy Movies.