A collection of underground dance tracks pits a new generation of electro artists (Fischerspooner) against their progenitors (Kraftwerk). 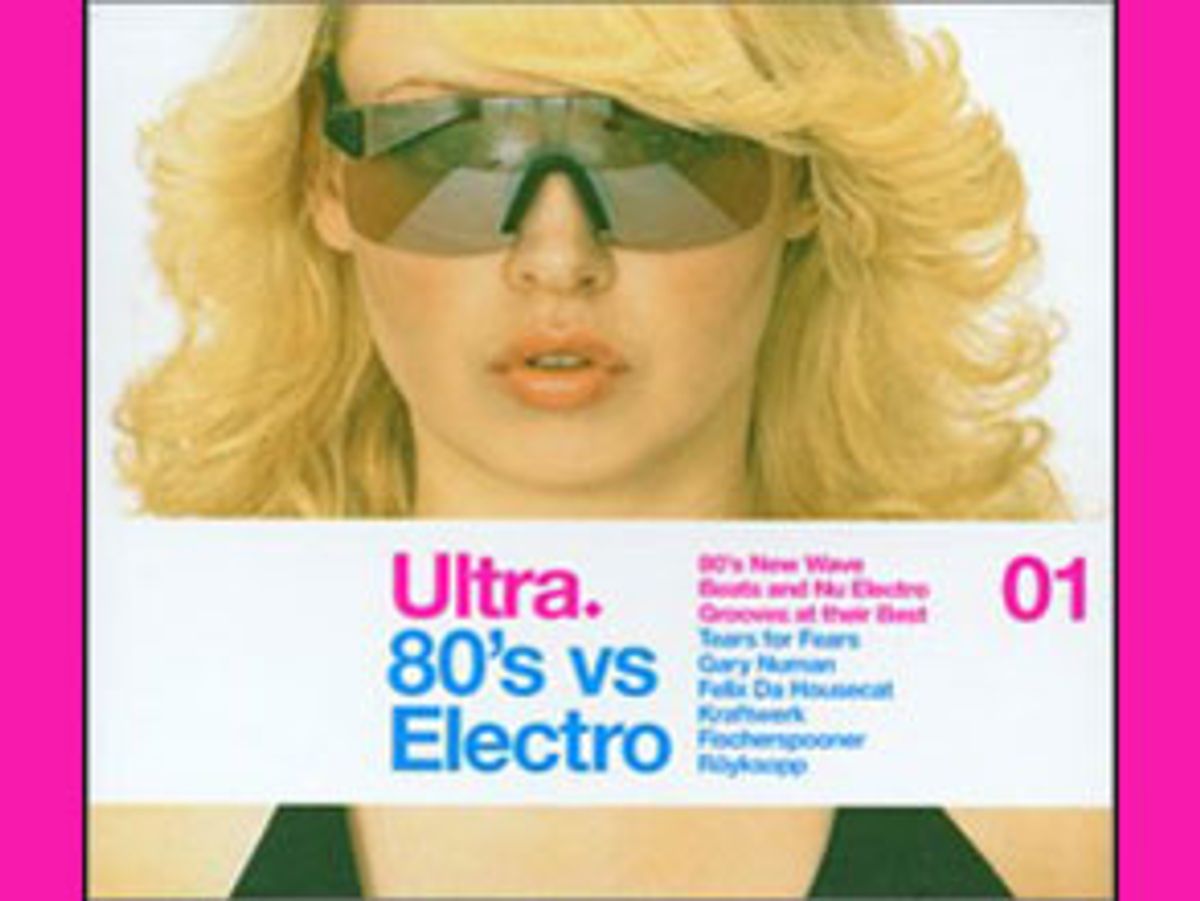 How vital is contemporary electro? At its best, it is superbly catchy dance music -- with simple lyrics and rarely changing beats -- that pays homage to the underground synthetic pop of the late seventies and early eighties. Detractors claim it is derivative, a passing fad to be forgotten as quickly as the ill-conceived McDLT. Proponents, on the other hand, anticipate a breakout hit that will tip the genre into mainstream culture.

Ultra Records has carved out a niche releasing genre-specific collections of dance music. "80's vs. Electro," the latest installment in the label's series, pits a new generation of electro artists against their progenitors. Hence, W.I.T. ("Touch Me, Hold Me"), whose singer Melissa Burns gazes out unflappably from behind dark shades on the album cover, shares the bill with Laidback's "White Horse" (1984), a perennial club favorite with catty lyrics ("If you want to be rich, you've got to be a bitch") that continue to inspire modern fare.

A blissful example of blending old with new is Chicago electro-house impresario Green Velvet's "Genedefekt." Notable for its addictive Spy Hunter-esque synth hooks, "Genedefekt" runs away with the beat of "White Horse" and mimics its facile rhymes with equally monosyllabic lines like "pills for my ills." In more sincere tones, "White Lines (Don't Do It)" by Grandmaster Flash & Melle Mel, a timeless anti-drug gem from 1983, serves as a reminder of the urban roots of electro and its blood ties to hip-hop.

The inclusion of '80s pop hits by Tears for Fears ("Shout") and M/A/R/R/S ("Pump Up the Volume") doesn't contradict the collection's title but seems a tad gratuitous. They don't fit the bill of underground electro like, for instance, Kraftwerk's staple "Trans-Europe Express." Well ahead of its time in 1977 and a testament to the durability of the Kraftwerk lineage, the song meshes perfectly with both the classics and the nouveau electro songs of this compilation.