Stephen Friedman was set to be the next chair of Bush's National Economic Council. Then he wasn't. Then he was again. Clearly, the man has enemies. 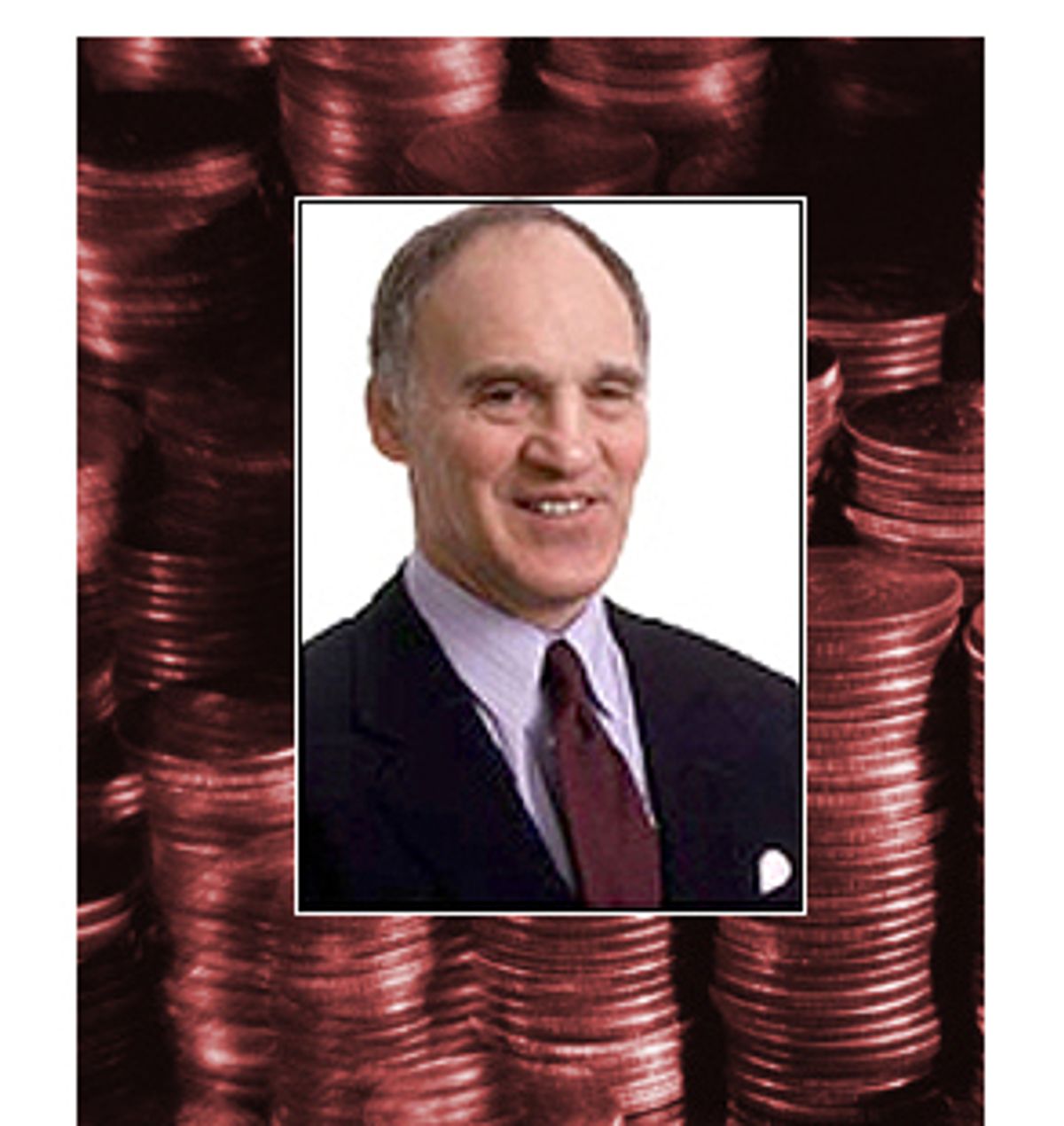 Stephen Friedman seemed a sure bet late last week to succeed Lawrence Lindsey as chairman of the Bush administration's National Economic Council. But then a funny thing happened: Bush critics began praising the appointment, and conservatives who looked more closely found out that Friedman wasn't necessarily one of them.

By Tuesday morning, word was out that Friedman was not among the true believers who want bigger and deeper tax cuts. His political star seemed to be in full -- and possibly permanent -- eclipse. By late afternoon, though, anonymous Bush administration sources leaked word that Friedman's nomination was back on track.

So goes the four-day political rise-and-fall-and-rise of the former Goldman Sachs chairman, who now indeed seems poised to become Bush's top economic advisor. And the rest of the world is left to wonder what, exactly, Bush is thinking.

When Friedman did not appear, as was first scheduled, at the announcement of John Snow as Treasury secretary Monday, it was clear that Friedman's selection to the post was in jeopardy. In Tuesday's Washington Post, an aide who earlier had put Friedman's chances at 95 percent had downgraded them to 75 percent. And at a Tuesday press briefing, White House spokesman Ari Fleischer had the sound of someone who was backing away from the White House Friedman leak, claiming that he had warned all along that Friedman's selection was not a done deal.

But later in the day, a "senior White House official" told CNN that a formal announcement on Friedman's selection could come as early as Thursday afternoon.

So what happened? Administration officials now say that a routine review of Friedman's portfolio took longer than expected. Other sources said it had to do with Friedman waiting for a clean bill of health from his doctor after a recent bout of undisclosed medical problems. But he also ran into some very public, and very vocal, opposition from conservative economists who tried to derail his selection. Stephen Friedman, they said, was no Milton Friedman, one of the economic intellectual gurus of the Reagan administration.

Bush has made clear that the economic shake-up in part was meant to focus the administration's message of tax cuts and economic stimulus for the next congressional session. And that is not Friedman's history. He is a member of the Concord Coalition, a bipartisan group of deficit hawks founded by former Sens. Paul Tsongas, D-Mass., and Warren Rudman, R-N.H. The coalition has taken issue with Bush fiscal policy in the past, and came out strongly against the administration's tax cut package.

In a list of fiscal policy recommendations issued last January, the coalition urged that "if it is decided that an economic stimulus bill is needed, it should be carefully designed to have its maximum effect in the very near future, minimize costs in later years, and provide the most bang for the buck. Back-loaded options, whether tax cuts or spending increases, are not the right method of providing short-term economic stimulus."

And the group had this to say about the farm bill Bush signed earlier this year: "The system is not just costly, but perverse -- a textbook case of an entitlement that survives because it is politically attractive, not because it is good policy."

But one of the coalition's chairmen cautioned that Friedman's positions do not necessarily mirror the coalition's stand on every issue. "It's not the Concord Coalition being tapped," said former Nebraska Sen. Bob Kerrey, a Democrat who now serves as co-chairman of the coalition. "My views are different than what the majority of the Concord Coalition favors in lots of areas, and I imagine that some of Mr. Friedman's are too. But it would be my hope that many of the things the Concord Coaltion has been fighting for would be represented by Mr. Friedman to the National Economic Council if he ends up chairing it."

Kerrey says Friedman has "not been that involved with the Concord Coalition in the last couple of years, or at least I have not seen him that much. I don't think he's going to take a job working for President Bush unless he generally shares his views on what ought to be done, and that might be somewhat different than what the Concord Coalition supports. From what I know of Mr. Friedman, he's not just going to go along to get along."

But Friedman's association with Washington's leading deficit hawks has not impressed the supply-side, tax-cutting advocates who are influential with Bush. "We've been promoting and helping to create some of the doubts about [Friedman's selection]," says David Keating, executive director of Club for Growth. "We agree with the president that creative forms of tax relief can stimulate economic growth. You want someone on your team who understands that, and there doesn't seem to be much to indicate that he'd be a credible spokesman for the president's message."

With the administration preparing to fortify its supply-side economic message, it probably didn't help Friedman much when he got a plug from one of his former Goldman Sachs colleagues, Sen. John Corzine, D-N.J.

"He is intellectually disciplined about how he approaches problems," Corzine told Fox News Sunday. "I think he'll be a voice to make sure that you look at our economic issues, with the pros and cons weighed against each other."

Rudman also endorsed Friedman Tuesday, saying his selection would "bring a note of reality to the budget process." Then again, this comes from the man whom the White House is reportedly trying to keep off the commission investigating the Sept. 11 attacks.

Chris Edwards, director of fiscal policy studies at the libertarian Cato Institute, was not overly enthusiastic about the possibility of Friedman heading the council. But, he said, "Even if he comes in with a balanced budget philosophy, if he can be a team player, then I see no problem."

The roll of the National Economic Council chief is essentially to promote the administration's fiscal plan, Edwards says. "They're supposed to be the salesmen for the good ideas that come from the [Council of Economic Advisors] and the Treasury. I wouldn't be against eliminating the office, frankly."

And though Friedman may not be the best advocate for new tax cuts, he could be an asset for other major administration economic proposals. While certainly not a tax-cut champion, Friedman and the Concord Coalition have been strong advocates for Social Security and Medicare reform, which will presumably be moved to the front of the domestic political agenda at some point next year.

Bush has long advocated a plan for personal investment accounts, allowing younger workers to invest a small part of their Social Security contributions in the stock market. Many Democrats have dismissed the plan as too risky, and used the issue as a way to try to rally senior citizen support for Democrats come election time.

In testimony before the Senate Finance Committee in October, Concord's executive director Robert Bixby joined the president's call for change. "Changing demographics make the current pay-as-you-go system fiscally unsustainable and generationally inequitable over the long-term," Bixby warned. "Social Security reform is on the political agenda not because President Bush wants to change the law, but because the law must be changed."