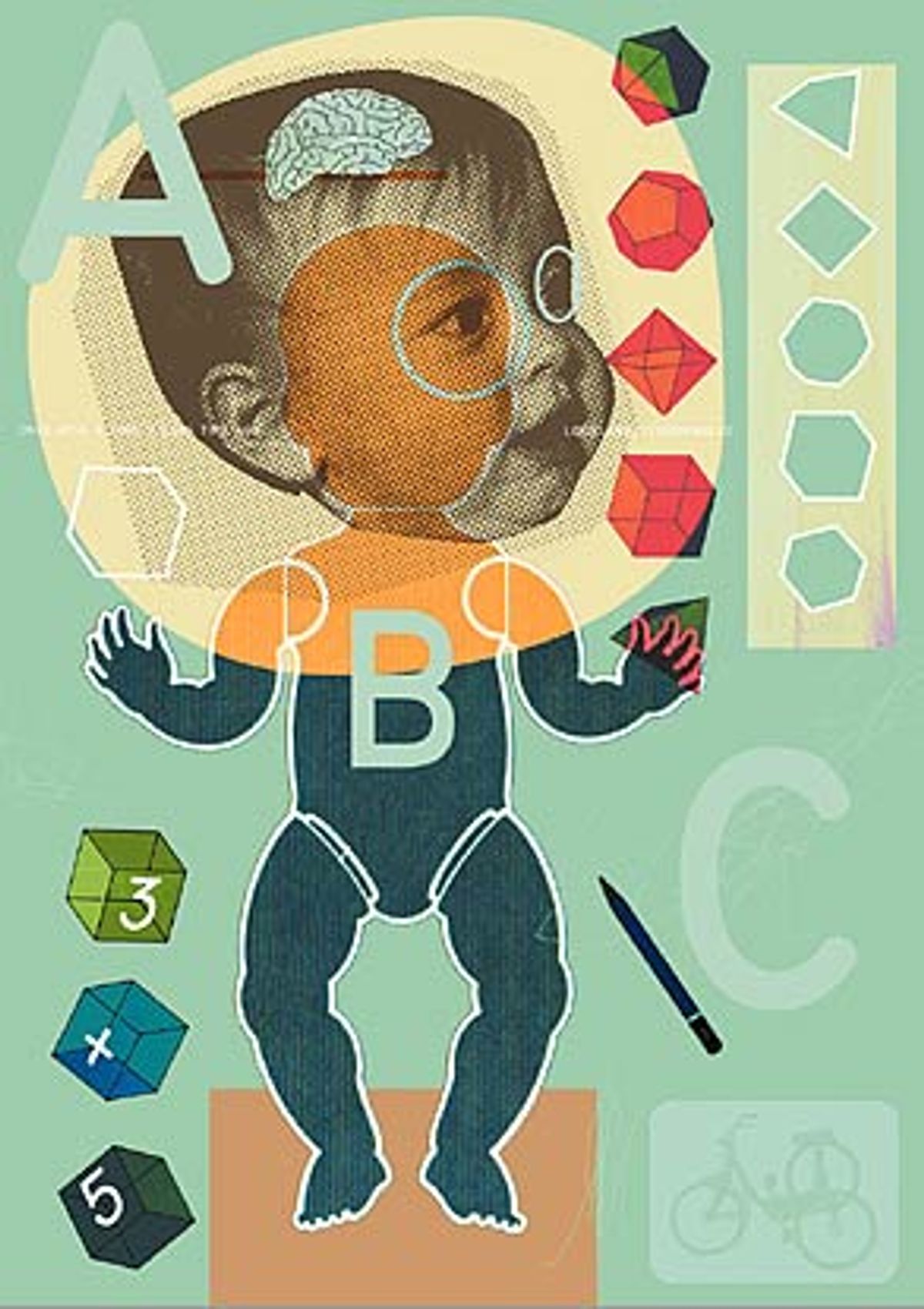 I am the mother of a "spirited" 4-year-old boy whose behavior has become almost too difficult for me, or his preschool teachers, to handle. At school, I'm told, he is unable to sit still, stay focused or get along well with the other kids. He has been aggressive, and I'm not sure he's going to be allowed to stay. At home, he is active, in fact he bounces off the walls, but so far we haven't gone beyond basic attempts to control him.

His teachers, and a couple of parents, have hinted that he might have ADHD and that we should look into medication. I am at wit's end, but I'm very, very reluctant to start giving him pills. My impression is that this is the accepted treatment, but I need to know: Is there an alternative that works?

The controversy over attention-deficit/hyperactivity disorder (ADHD) and its main treatment, Ritalin, refuses to go away. Parents struggling with their children's seemingly insurmountable behavioral issues -- at home and in the classroom -- still face a bewildering array of passionate, conflicting opinions about the diagnosis of ADHD and the safety and effectiveness of stimulant drugs like Ritalin in treating it. This confusion reigns despite relative unanimity from mainstream medicine that ADHD is a brain disorder, and its best treatment is Ritalin or one of the newer, long-acting drugs like Adderall or Concerta.

Now, however, there is heartening news from a major study of toddlers with ADHD -- and the surprising outcome should please virtually everybody.

This multi-site study headed by Laurence Greenhill of Columbia University involves several hundred children from ages 3 to 5 who have been thoroughly screened and diagnosed with ADHD. That, in itself, is a remarkable feat. The government-funded project was the result of a national brouhaha that erupted two years ago when an article in the Journal of the American Medical Association (JAMA) revealed that the number of Ritalin prescriptions for toddlers as young as 2 for alleged ADHD were soaring.

ADHD in 2-year-olds? The news was astonishing, and raised many more questions than it answered. Just how much activity, distractibility and impulsivity distinguishes a "disorder" from some variation of normal in the 5-and-under set? And should Ritalin be the treatment of choice for this very young age group? The public's reaction to the JAMA article was vigorous and skeptical. Political cartoons featured babies in cribs staring up at mobiles dangling pills instead of cute bunnies.

This new study's primary purpose was to determine the effectiveness and safety of stimulants in very young children. But extra thoughtfulness and care went into the design of this study -- a reaction not just to public anxieties about pills, but to worries about the ADHD diagnosis and efficacy of treatment without medication.

Unlike most drug studies, which are financed by the pharmaceutical industry, this study required all families in the trial to participate in a behavioral intervention component before their children could receive Ritalin or a placebo. Greenhill explained that researchers felt both morally and medically obligated to offer support and strategies for therapy to parents before trying out medication on their very difficult children. Indeed, no one knew for certain just how well the behavioral interventions would work. Amazingly, no one had looked until now.

And a funny thing happened once they finally did look. Results are preliminary and the percentage could still change somewhat, but nearly half the families are opting out of the study after the three-month behavioral intervention because they are satisfied with the changes in their kids. Suddenly, a pleased but chagrined Greenhill doesn't have enough children to participate in the medication arm of the study to satisfy statistical certainties. It is likely that more money will be needed to recruit additional children and pay their families to complete the research.

The fact that brief, focused, short-term parent education and support work (teaching the parents the need for immediacy of rewards and consequences -- "less talk, more action") should please everyone, except, perhaps, the drug companies. What Greenhill's group discovered is that, at the end of behavioral intervention, the children didn't change as much as their parents' attitudes. The parents came out of the therapy feeling much more in control of their kids, and as a result, they wanted to see how things would go without trying medication.

Whether these children continue to demonstrate ADHD behavior as they grow is important. Up until now, most researchers say that ADHD is biological and basically fixed at birth (or even conception) and that parenting doesn't make much difference. I, along with many other doctors on the front lines, have found otherwise -- especially if interventions in the family are made before age 6.

I'm not saying that Ritalin doesn't work at this age, though I will say that it doesn't work as well and has more side effects than with older kids. But even if Ritalin works, it is not a moral equivalent to helping parents parent better. And it still is unclear, despite thousands of studies on Ritalin, whether the drug makes a difference in the long term. For myself, I'd bet on the effectiveness of healthy parent and family relationships over a drug anytime.

So where does this leave the parents of ADHD toddlers or even those of older kids who are struggling at home or at school? Try to find someone who works with families and knows children well but meets primarily with the parents and school personnel. Unfortunately, finding that someone won't be easy for most families. Access, availability, and costs for therapy are more daunting than offering a pill. But news of these parenting successes should spur us to provide these families with the kind of help that works, and the support they apparently prefer.