Groups like NOW, the Sierra Club and the National Council of Churches -- plus a raft of celebrities -- reach out to Middle America as they denounce a preemptive, unilateral war with Iraq. 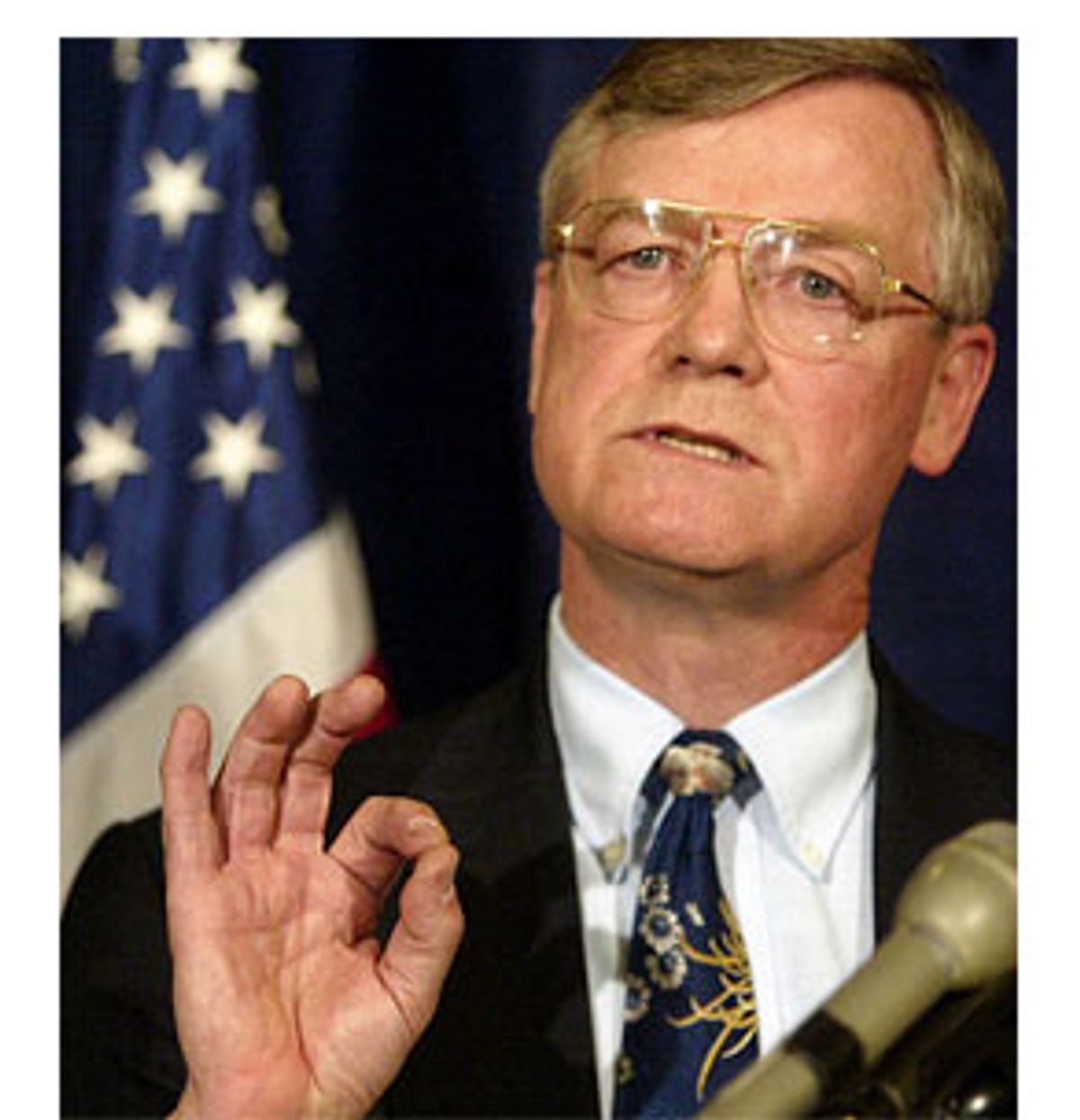 For months, Americans opposed to Bush's belligerent unilateralism toward Iraq but uncomfortable with the radical sectarians leading many antiwar marches have felt excluded. Sure, some mainstream opponents to an Iraqi war have been able to overlook the dubious politics of early antiwar organizers Not In Our Name and the ANSWER coalition, groups tied, respectively, to the Shining Path-supporting Revolutionary Communist Party and the Kim Jong Il-loving Workers World Party.

But others have felt nearly as alienated by their warmed-over lefty rhetoric as they have by Bush's bellicosity. As George Packer wrote in the New York Times Magazine on Sunday, "If you're a liberal ... why is there no anti-war movement that you'd want to join?"

One might have finally appeared Wednesday, when many of the pillars of progressive politics in America announced they were banding together to oppose a preemptive, unilateral war on Iraq. The Win Without War coalition includes the National Council of Churches, NOW, NAACP, the Sierra Club, MoveOn, Working Assets, Business Leaders for Sensible Priorities, Physicians for Social Responsibly and Veterans for Common Sense. Taken together, these groups represent a vast swath of America -- the National Council of Churches alone indirectly represents 50 million congregants -- and they aim to channel their millions of members into antiwar activism.

"We will bring into the antiwar movement millions of people who have concerns and fears but have not had an outlet for them," says Michael Kieschnick, the president of Working Assets. "We're going to give them an outlet. When those millions get engaged, whether through street events, letter writing, visiting the representatives, calling and writing Bush -- when those millions move, I think Bush will have to pause."

Win Without War is also behind the antiwar letter signed by hundreds of celebrities that came out Tuesday -- a letter that, for all the mocking it engendered, made the news in a way mere civic leaders no longer can. The mainstream media has virtually ignored even the largest antiwar demonstrations, but on Wednesday, Janeane Garofalo was on "Good Morning America," offering a far more scathing critique of Bush's Iraq policy than any milquetoast Democrat or platitudinous pundit.

Also on Tuesday, United for Peace, a coalition comprising many of the same groups that work closely with Win Without War, held vigils and protests throughout the country to mark Human Rights Day. The New York Times reported that that there were more than 150 events, each ranging from a few dozen to a few hundred people. In New York, 100 people were arrested at a nonviolent protest in front of the U.S. Mission to the United Nations, including Daniel Ellsberg and Ben Cohen of Ben and Jerry's.

"I think [the mainstream peace movement] will come with some rapidity now," says the Rev. Peter Laarman, an organizer with United for Peace who helped put together Tuesday's U.N. protest. "There were a lot of people early on who said something is better than nothing and lent some support to ANSWER and Not In Our Name. I myself signed the NION statement, but I did so after telling them, 'I need you to know that I know who you are.' Many of us saw the need to build things that are not in any way beholden to other agendas and that have the capacity to reach people."

The emerging peace movement has that capacity. It has more than impressive numbers: It offers a critique that acknowledges Saddam Hussein's brutality and ordinary Americans' fears while arguing that the administration's war fever puts us all in jeopardy.

On Wednesday, Win Without War took out a full-page ad in the New York Times with the headline, "Let the Inspections Work." It read, in part: "The United States has made a commitment to approaching the danger that Saddam Hussein poses through the international community. The resumption of the inspections regime is a triumph for the United States, and for international law and multilateralism. But the United States will lose all credibility with its allies if it appears that it will go to war regardless of the inspections' success. And by alienating and infuriating allies through unilateral action, the U.S. could throw the success of the campaign against terrorism into jeopardy."

This message is a far cry from "U.S. Out of the Middle East," and hardcore peace activists might find it a bit insipid. Unlike more strident slogans, though, it's likely to resonate throughout the country. After all, while polls seem to show broad support for a war against Iraq, there is very little backing in the country for a unilateral strike. In a Fox news poll taken in late November, 68 percent of the respondents supported military action against Saddam, but a mere 36 percent said the United States should "maintain the right to go it alone." That's why Win Without War is important -- it speaks for the majority.

The broad-based support for Win Without War's message is evident in the fundraising to disseminate it. MoveOn, an online progressive organization that formed to fight President Clinton's impeachment, solicited donations on its Web site to pay for the New York Times ad, which cost $40,000. In less than a week, it had raised $370,000.

"The message is a very mainstream one," says Eli Pariser, MoveOn's director of international campaigns. "We're patriotic folks concerned about our country's security and concerned about the threat that Saddam Hussein poses, but we don't think this rush to war is something that serves our country well or serves the world well."

Like many other people in Win Without War, Pariser is careful not to criticize radical groups like ANSWER. "I'm personally not antagonistic towards ANSWER. I feel that we need everyone who's concerned about this issue to be speaking out. If they're on the far left, that's OK. And if they're on the far right, that's OK. But [Win Without War] will position the center of gravity in this movement more towards the middle. Having a coalition that isn't associated with the traditional left is going to welcome a lot of folks into being active that might not otherwise feel comfortable."

"It's unprecedented," he says. "The war hasn't started yet, young men and women are not being brought back in body bags, and already there's a thoughtful, pro-American, anti-Saddam Hussein coalition that believes there are alternatives to war."