A leading Mississippi segregationist says his old friend shares his racist views and his recantation is bogus. 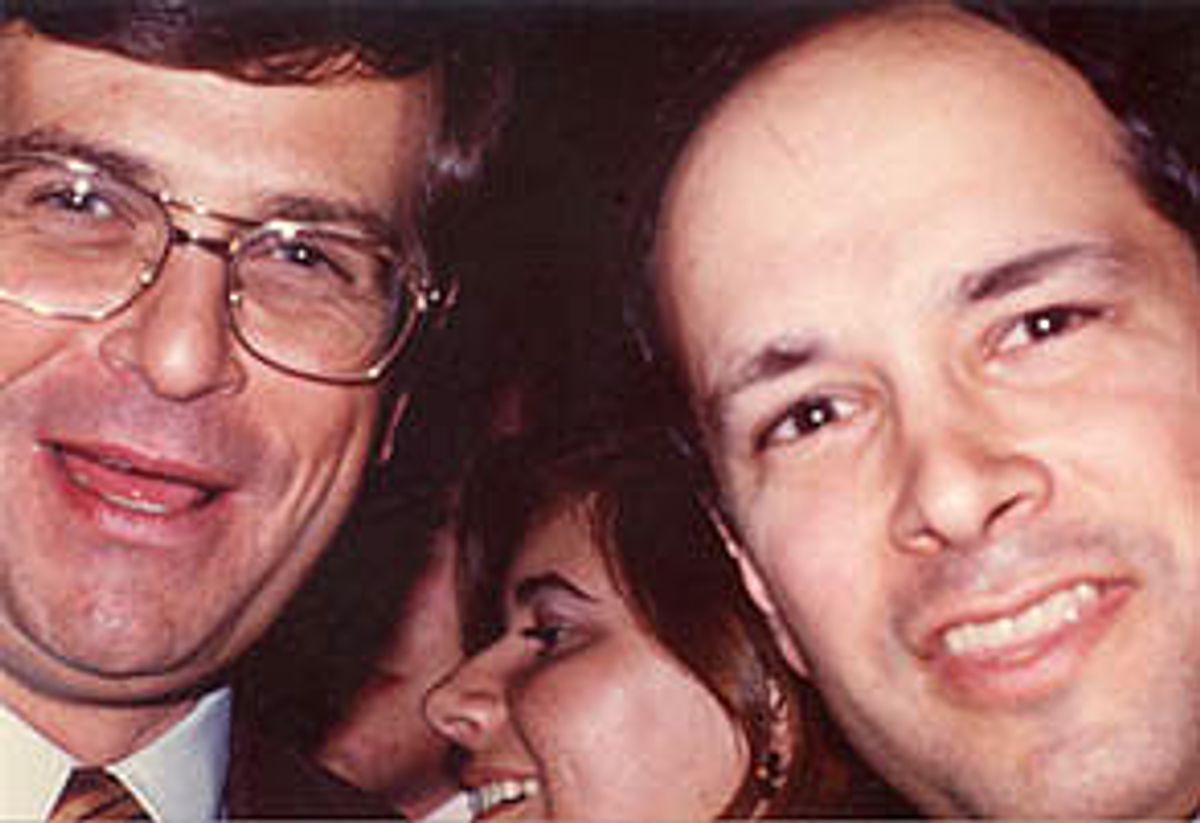 Richard Barrett doesn't understand what's gotten into his friend and longtime political ally, incoming Majority Leader Sen. Trent Lott, R-Miss. As the world knows by now, at the birthday party last week for retiring centenarian Sen. Strom Thurmond, R-S.C., Lott said, "I want to say this about my state. When Strom Thurmond ran for president" -- as a segregationist Dixiecrat, in 1948 -- "we voted for him. We're proud of it. And if the rest of the country had of followed our lead we wouldn't have had all these problems over all these years, either."

Lott has since apologized -- and therein lies Barrett's confusion. Barrett, you see, is first officer for the Mississippi-based segregationist Nationalist Movement, and he has long considered Lott an ally in his fight.

"I think he's pulling a Galileo," Barrett says, referring to the Italian astronomer who proved the Earth revolves around the Sun and, tried by the Inquisition in Rome, was ordered to retract his conclusion. "He recanted, but it didn't change the heavenly orbits," Barrett says, "and neither does Trent Lott's recantation make integration moral."

Lott spokesman Ron Bonjean says that Barrett is just wrong. "Sen. Lott stands by his words," Bonjean says. "He repudiates segregation because it is immoral."

Barrett is more than a little familiar with Lott; hanging in his house is a photograph of the two of them taken maybe 25 years ago at a reception in Pascagoula for Lott's one-time mentor, segregationist former Rep. William L. Colmer, D-Miss. When Barrett talks about Lott, the memories run deep. "Trent Lott began as a cheerleader at Ole Miss," he says. "He ran onto the field carrying the Confederate flag -- that's how he became popular. Would he have become popular running onto the field carrying a picture of Martin Luther King? I don't think so."

That's why Lott's apology and capitulation angers Barrett so much. "When did Trent Lott become an integrationist?" he asks. "It certainly wasn't at Ole Miss carrying the Confederate flag. Not when William Colmer put him in his office." After Colmer retired in 1972, he supported Lott, his chief aide, to succeed him, even though Lott ran as a Republican.

And Barrett remembers that November 1994 night, right after Lott was reelected to his second Senate term when, "at his victory celebration, at the Coliseum Ramada Inn, Trent entered the hall and the first person he went up to shake hands with and greet was me. He called me by my name and was very affable."

But has Lott ever specifically talked to Barrett about supporting segregation? Barrett finds the question naive. "Does Jesse Jackson talk to Al Sharpton about integration?" he asks. "Do they have to? Is there some split in the black caucus on that issue? There is certainly no split in Mississippi on segregation. Mississippi is still the solid South."

Barrett says he spent a lot of time on the phone Wednesday night with close advisors to Lott, he says. "We're all like one big happy family in Mississippi. We're the heart of Dixie. I've certainly never heard him say anything in favor of integration, let me put it to you that way."

But is it possible that Barrett was mistakenly assuming that Lott supported segregation? "As Al Smith used to say, let's look at the record," Barrett says. "Trent Lott has opposed the Martin Luther King holiday. He has backed white segregated schools." Barrett is fully aware of all the dribs and drabs of controversy that are remaking their way into newspapers in light of Lott's comments about Thurmond -- his November 1981 amicus brief on behalf of Bob Jones University, which declared that "discriminatory practices" are not "illegal in themselves," defending the school's rules against "interracial dating as part of its sincere religious belief," asserting that "(i)t remains unclear whether [the law] prohibits racial discrimination by religious schools."

Barrett knows all about Lott's 1992 declaration that the racist Council of Conservative Citizens "stand for the right principles and the right philosophy," his 1989 opposition to a congressional resolution designating June 21 as "Chaney, Goodman and Schwerner Day" after the three civil rights workers, James Chaney, Andrew Goodman and Michael Schwerner, killed in Philadelphia, Miss., on June 21, 1964.

"Many of these things were from years gone past, some as long as 40 years ago when our country was in a different era," Bonjean says. "We are in the year 2002 and Sen. Lott repudiates segregation." Bonjean adds that Lott has a "good civil rights record," presenting a three-page document showing Lott's work on such matters as making it a federal offense to commit arson in black churches, his work bringing 6,000 jobs to the predominantly poor and black Mississippi Delta, and providing funding for state schools such as the historically black Jackson State University, where a space research center is named after him.

In 1981, after Rep. John Hinson, D-Miss., resigned in disgrace, arrested for attempted sodomy in a House office building's restroom, Barrett says he "met with Trent Lott and asked him if he would have any objection to my running to succeed Hinson. He said, 'Of course not, jump in the race.'"

There is no question as to who Barrett was and what he stood for, he insists. "State Sen. Hob Bryan gave a speech on the Senate floor denouncing me, calling me the last segregationist." He's proud of such descriptions. In Mississippi, Barrett contends, he is anything but a fringe player. "I am chairman of the Spirit of America Day," he says. "It's an organization that holds an annual festival honoring Mississippi high school athletes." The Anti-Defamation League describes it as "an annual dinner honoring white male athletes," which enjoys "the support of United States congressmen, governors and local politicians as late as 1984 (long after Barrett's racist views were publicly known)."

These are just white Christian athletes? I ask Barrett.

"They're the leading young people of their generation," Barrett says. "It is the future leaders of Mississippi."

But they're just white, right?

"I won't be race-baited," Barrett says. "They're red, white and blue. They're all-American young people. I will say that the event has been criticized by the Jackson Advocate -- a Negro newspaper -- as a Klan rally." Anyway, Barrett says that "every year Trent Lott sends a letter of greeting and congratulations to young people."

Barrett has harsh words for President Bush's Thursday rebuke of Lott. "Sen. Lott was right" in his original comments, Barrett says. "Integration is immoral and should also be illegal." Barrett thinks that whatever he's saying now, Lott still believes that in his "heart of hearts." What about Bush? "His heart of hearts has been addled by his drug-abused brain," Barrett says.

Mississippi is still the Deep South, Barrett says, and Lott should have stood up for it, should have stood up for the segregationist spirit that still lives in Dixie. But that's OK, the state will last a lot longer than Lott. After all, "you don't judge France by those who collaborated with the Germans," he says. "You look to the Resistance, not to the appeasers.

"What's that poem?" he asks himself. "'Those who shout appease, appease, are hung by those they sought to please.' That's the tragedy of Trent Lott."