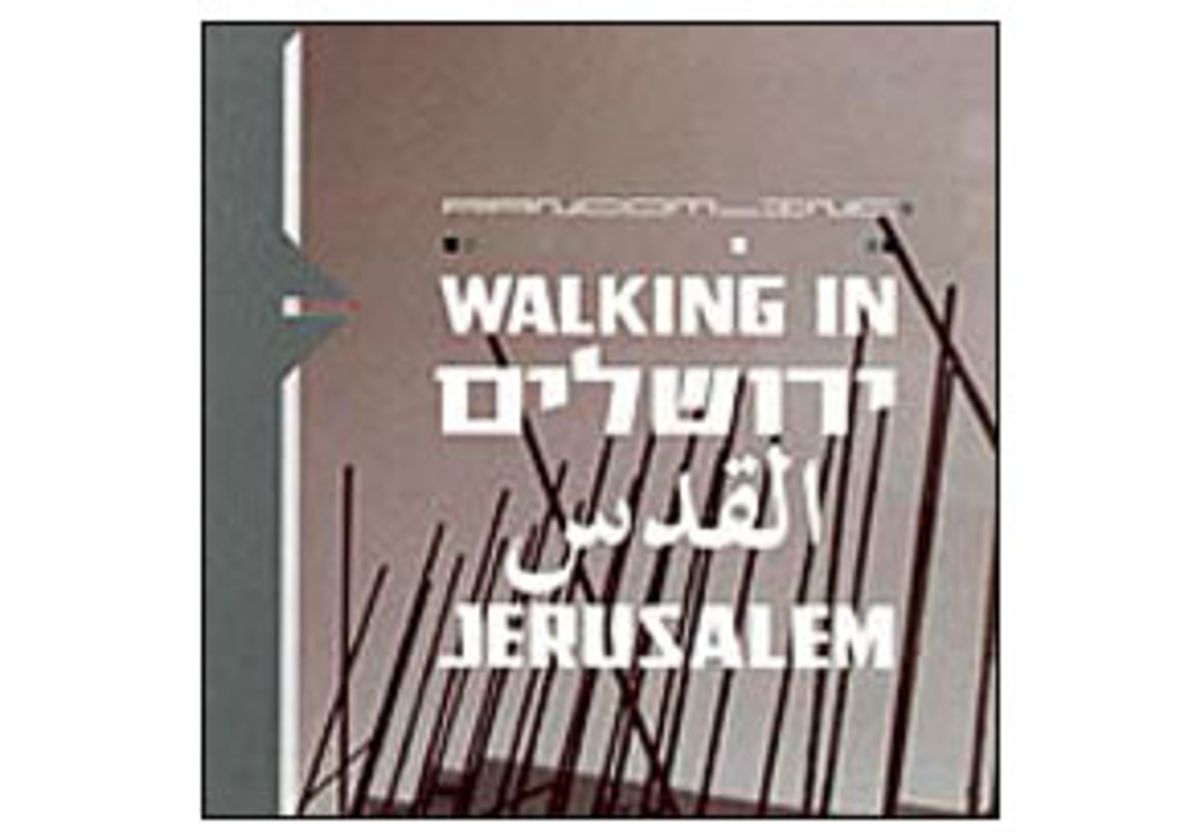 Random Inc
"Walking in Jerusalem"
Out now on Mille Plateaux

Heeding the pledge of the psalmist, "If I forget thee, O Jerusalem, let my right hand forget her cunning [...] let my tongue cleave to the roof of my mouth," electronic composer Random Inc (aka Sebastian Meissner) has devoted two consecutive projects to the embattled holy city. For "Walking," he assembles sound fragments from Jerusalem and the music of a host of collaborators into textured melodies of truncated notes and spliced snippets.

Like a modern-day Leopold Bloom traipsing through James Joyce's Dublin, Meissner's peregrinations take him across the city, moving in and out of its Israeli and Palestinian sections and absorbing them with his recording equipment and prodigious curiosity. The peripatetic theme is furthered by the elegant printing to the CD of a map of the city, marked by red numbers correlating, presumably, to the tracks of the album, each of which is named after a neighborhood.

On "Entering Jerusalem (Coming from the East)," Meissner layers particles of noise into molecules of sound, then loops them together over the whispers of passing cars and murmuring songbirds. On "Meets Electric Birds in Mamillah," elongated beeps run alongside a slow loop that leads into a complex, deliberative composition. Each of the longer tone poems is supplemented by brief interludes of found sound such as a child talking about chocolate in Hebrew, a baby crying and an Arabic voice selling food in a market. An accompanying booklet contains a thoughtful collection of poems and short excerpts from writings on Jerusalem, each related to the district that inspires the specific tracks.

Several electronic artists contribute, but the sense that many hands are stirring the pot does not detract from this intelligent and timely work. The haunted tone that pervades the album is fitting for an accomplished homage to a cherished city embroiled in conflict.