Lott: It gets worse

Troubling new disclosures about the Senate's top Republican and his record on race relations raise questions about his fitness for office. 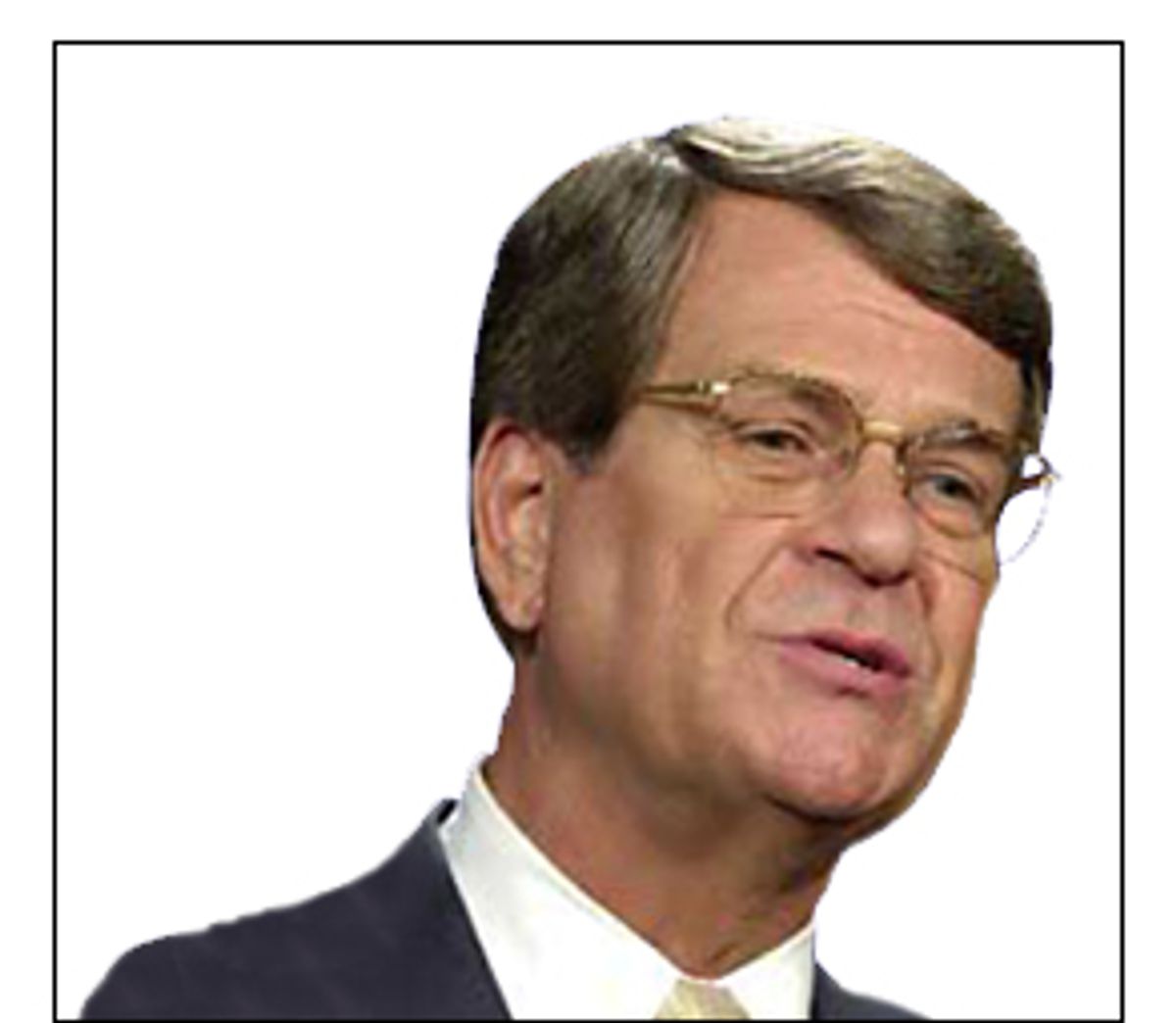 President Bush rebuked incoming Senate Majority Leader Trent Lott Thursday for his racially divisive remarks last week, and disturbing new revelations about Lott's record on race relations and wavering support among fellow Republicans raised new questions about whether he could hold on to the most powerful post in Congress.

A new report published by Time Magazine online detailed Lott's efforts to block integration of his fraternity while he studied at the University of Mississippi. And in a 1984 interview that circulated widely Thursday, Lott expressed strong opposition to the national holiday that had been established to honor the Rev. Martin Luther King.

Based on those and earlier disclosures, a picture emerged of Lott as a 21st century Republican leader who was still fighting battles that his ideological allies had lost in 1865 and in the civil rights era of the mid-1900s. It was a picture that made even past allies profoundly uneasy.

"If Senator Lott can provide a satisfactory explanation for his statement, this entire episode should be forgotten," said Bennett, the education secretary under President Ronald Reagan, in a statement reported by CNN. "If he cannot, he needs to step down as the Senate majority leader."

Lott's troubles began at Thurmond's bash, where he told the crowd the United States "wouldn't have had all these problems over all these years" if it had followed Mississippi's lead and backed Thurmond's 1948 bid for the presidency. And according to other reports this week, Lott made a similar comment in 1980 during a Reagan campaign rally. But Thurmond had openly run in '48 on a platform calling for segregation of the races. And though Lott has issued a series of explanations, regrets and apologies, the storm has continued to gather force.

Democratic National Committee chairman Terry McAuliffe criticized Bush for his tardiness in speaking out. "Unfortunately, it took a full week and enormous political pressure for the president to personally acknowledge what the American people have known all along, that Sen. Lott's remarks are anathema to our democratic [principles]," McAuliffe said.

Of course, McAuliffe did not mention the tardiness of many Democrats in criticizing Lott. Some, like outgoing Majority Leader Tom Daschle, D-S.D., initially accepted Lott's first apology Monday, and did not begin to criticize Lott's remarks until midweek.

Though some of Lott's dubious history has been reported in past years, the latest controversy has sent reporters sifting through his record on race issues. Those searches have yielded a steady stream of new and rediscovered data that has caused many to question his fitness to lead the Senate.

In his own defense, speaking to CNN's Larry King Wednesday, Lott said he had a record of promoting diversity in the state's universities. "I do have a long record of trying to involve African-Americans and supporting our historical black colleges and universities -- Jackson State University, Alcorn University -- making sure that we had an active intern program to bring African-Americans into the state."

But Time Magazine published a story on its Web site Thursday detailing a very different history concerning Lott and diversity on Mississippi campuses. The piece details Lott's fight -- ultimately unsuccessful -- to keep blacks out of the Sigma Nu fraternity while he was a student at Ole Miss.

"Trent was one of the strongest leaders in resisting the integration of the national fraternity in any of the chapters," said Tom Johnson, a former aide to President Lyndon Johnson who was a member of the same national fraternity as Lott during his student days at the University of Georgia. "He was against integration." The fraternity was integrated in 1968.

Salon contributor Joshua Micah Marshall posted on his Web site the full text of a 1984 interview Lott gave to Southern Partisan magazine. In it, Lott refers to the Civil War as "the War of Aggression" and explains his opposition to the "punitive voting rights legislation" Congress passed in the 1980s, and his vote against a national holiday celebrating King's birthday.

"I would not vote for a new holiday for anybody, including Thomas Jefferson," he told the magazine. "Look at the cost involved in the Martin Luther King holiday and the fact that we have not done it for a lot of people that were more deserving."

Democrats including Sens. John Kerry, D-Mass., and Russ Feingold, D-Wis., have called upon Lott to step aside as majority leader. A number of conservative leaders, including the head of the Family Research Council and the Wall Street Journal editorial page have joined former Vice President Al Gore, the Congressional Black Caucus and civil rights groups in calling for Lott to give up his leadership post. To date, no Republican senators have called for Lott's resignation, but some, like Sen. Richard Shelby, R-Ala., encouraged Lott to give a major speech to civil rights groups to explain his positions on race matters.

Among those calling for Lott's resignation is People for the American Way president Ralph Neas. Neas said it is more than just Lott's recent comments that make him unfit for the post of Senate leader. "The more people find out about his overall record, the more they will continue to speak out," he said. "This was not an aberration. Throughout his career, Trent Lott has clearly demonstrated an insensitivity and hostility to key civil rights principles and protections."

"Daschle's reaction was everyone's initial reaction," said Morris P. Fiorina, a senior fellow at the conservative Hoover Institution at Stanford University. "'Well, that was a dumb thing to say but we all say dumb things sometimes.' But it doesn't look like this was off the cuff when you realize he's said things like that before ... This wasn't a case of a guy tossing off a few beers."

Can Lott survive as Senate majority leader? "I couldn't predict that yet," Fiorina said, "but it seems more serious now than when it first appeared."

Bruce Cain, a political analyst at the University of California at Berkeley, suggested Lott could survive -- but that it might be difficult.

"That will depend exclusively on the Republicans," Cain said. "If they believe he's become a major electoral liability, he'll be thrown out ... Without looking at all the data, my guess is that he has become a liability, and they'll have to get rid of him in the next year or so."