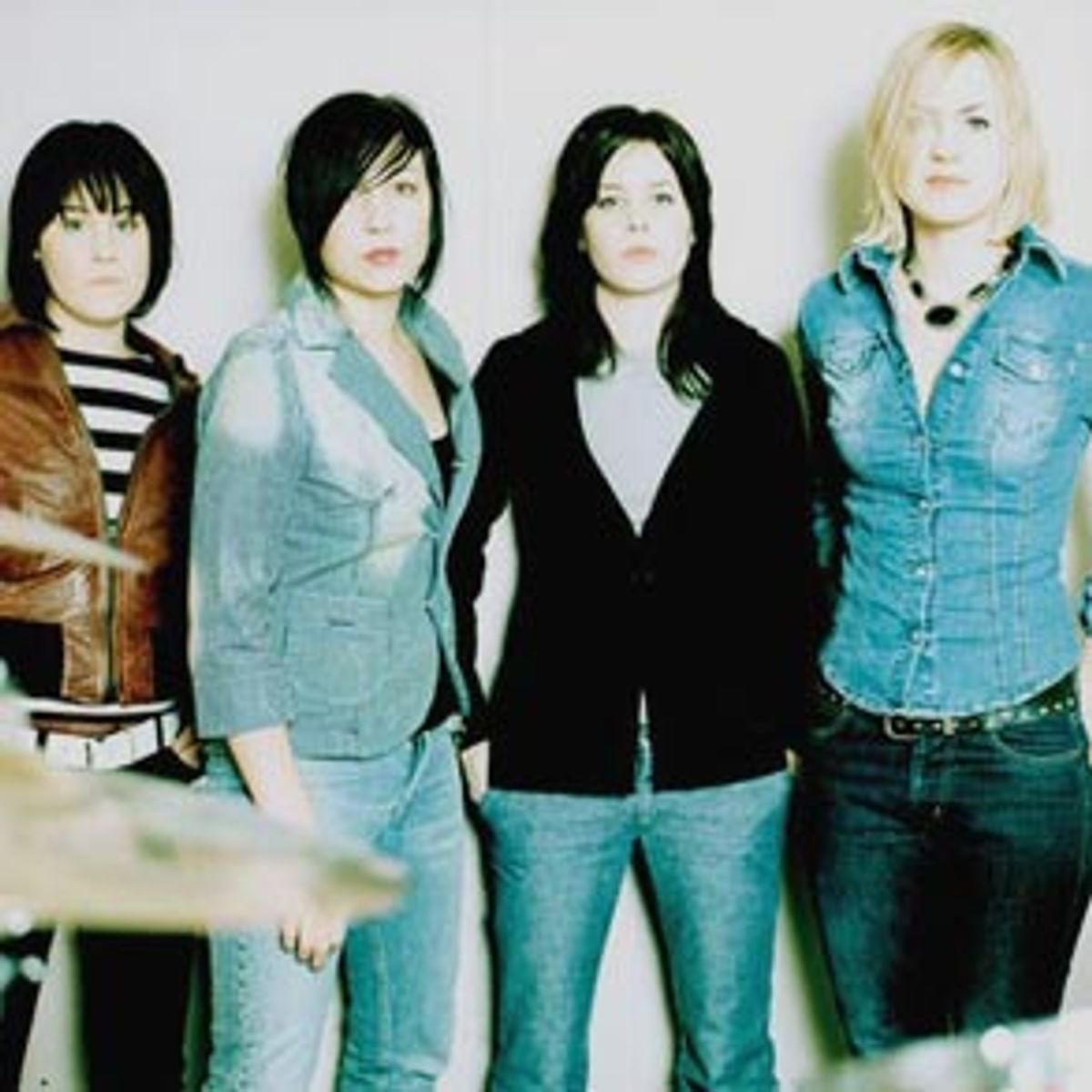 The end of 2002 is coming, and with it the inevitable slew of proclamations that the Strokes and the White Stripes saved rock 'n' roll from the clutches of manufactured pop, Creed sound-alikes, and rap-metal. But rock was merely hibernating in the U.S., while in Sweden, acts like the Hives and Soundtrack Of Our Lives made their country a hotbed for energetic riffs and charismatic tunes. Now, four lasses in their early 20s known as Sahara Hotnights are garnering attention stateside with melodious and sweaty bar rock.

Their thoroughly satisfying album "Jennie Bomb" deftly navigates the straits explored by acts like the Runaways and the Donnas, blending a sassy image and a tough-with-a-hint-of-softness attitude with straight-ahead licks and compact arrangements. Lead singer/guitarist Maria Andersson has an alluring voice, and is consistently supported by lively, playful backing vocals, which play well against the raw, three-chord approach of songs like "Keep Up the Speed."

Their approach is simple: "I wanna make some noise," Andersson explains on the forceful "Alright Alright (Here's My Fist Where's the Fight)," and continues her assault by stating, "I'm on top of your world once and for all." Indeed, they never back down. Clocking in at a little over half an hour, "Jennie Bomb" is well-tested, recognizable rock -- at times cleverly evoking the late '70s power-punk of the Buzzcocks and the '80s hair band rock of the Pat Benatar variety. It is not the be-all, end-all of rock 'n' roll, but serves as a nice reminder that musicianship and the DIY attitude of garage rock haven't gone the way of the dinosaur, or the Spice Girls.