The gift of virus

In the spirit of the holiday season, a tale of one man who clicked too soon but discovered that missent e-mail can still lead to a wonderful life. 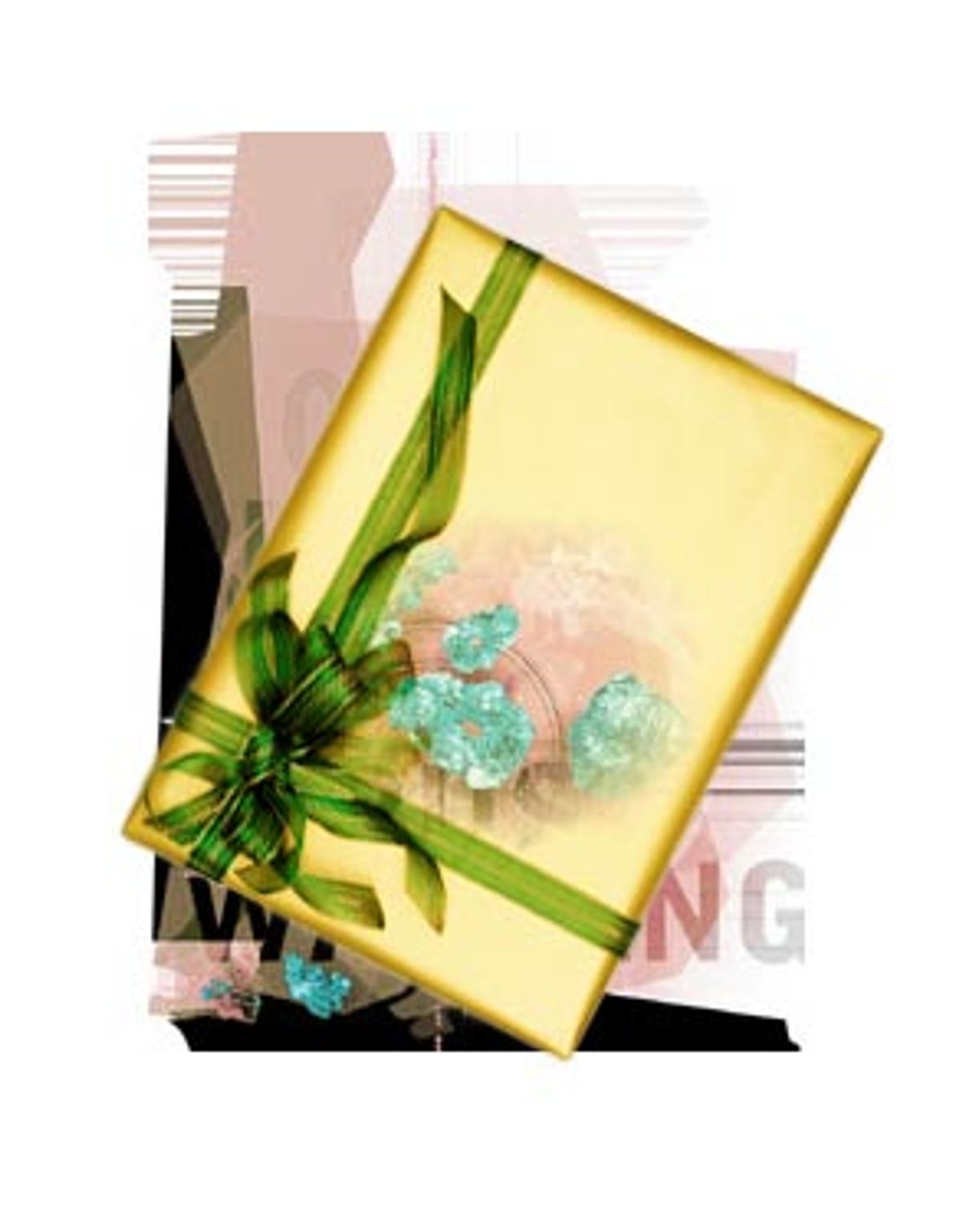 This holiday season, when thoughts turn to family and friends, we are all perhaps a little more trusting, and maybe a little more gullible. This is not necessarily a bad thing. That's my one excuse for falling prey to a software virus that disguises itself as an e-card. Mind you, this was a particularly crafty virus, customizing its message with both my own name and the name of the sender. But still. For the first time in my fairly geek-smart life I fell prey to an e-mail virus that in the two minutes it took me to neutralize, managed to e-mail my entire contact list with a message that said something like,

Dear [name of recipient], You have received a card from Nick. Click here to receive your card:

I was mortified at having become one of those suckers we all laugh at when we get one of those "Clik here for Anna Kornikiva Pics!!!" e-mails, but I decided suck it up and e-mail my contact list acknowledging my mistake, warning them not to open any links I may have sent them. Then I went out for lunch to avoid the expected slapback.

Like many of us, my e-mail contact list is not exactly as clean as it perhaps could be. Basically, I've never removed anyone from it in four years of being at the same account -- a dot.com that exploded in population before imploding a number of times over. In other words, it is filled with people I once worked intimately with but haven't spoken to in years. Most of those acquaintanceships ended when I received their "I only have five minutes at my computer before the mooks march me out, but here's my contact information" e-mail.

Which set me up for the Gift of Virus. Whoever designed that craftily proper-English, simple and yet customized teaser message, my hat is off to you. Within five hours I had been re-contacted by a dozen former friends and acquaintances I would probably never have spoken to again but was thrilled to hear from.

There was: "Hey Nick! Good to hear from you. Sorry about the virus. I own my own business now! Happy Holidays!"

There was: "Nick! I'm a carpenter! Check out these pics of me installing cabinets in a mansion in Connecticut!"

There was: "Hey! How've you been? I'm a private investigator now, using my database skills against white collar crooks and corporate embezzlers. Can you believe it? Are you still single? Cause I know some people. Merry Xmas!"

And there were a number of invitations to grab coffee or lunch and "Let's catch up" from people I hadn't heard from in two, three, four years. It was, quite frankly, a Christmas miracle of reconnections and good will. And not one of them mocked my foolishness at having installed a non-Microsoft-sanctioned plug-in. A number of them mentioned that they thought the invite looked suspicious and didn't click, but I also received a number of "Hey, that card doesn't seem to work but great to hear from you!" messages.

Two days later the number of reconnections has gone up to more than 20. I have coffee and lunch outings scheduled almost every day for the next two weeks and a handful of kid and pet pictures to look at, and I have had almost two dozen friendly exchanges with people I cared enough about to save their contact info but was too self-involved to actually stay in contact with.

Virus! You have done me a great service, and I thank you. You have humbled me and exalted me, both. Virus, you are the gift that keeps on giving. You are the Santa of the e-generation. Your viral nature has made my holiday season, and I will never forget you, Virus. I will also never again install a plug-in from a Web site Ive never heard of, and I thank you for that as well.