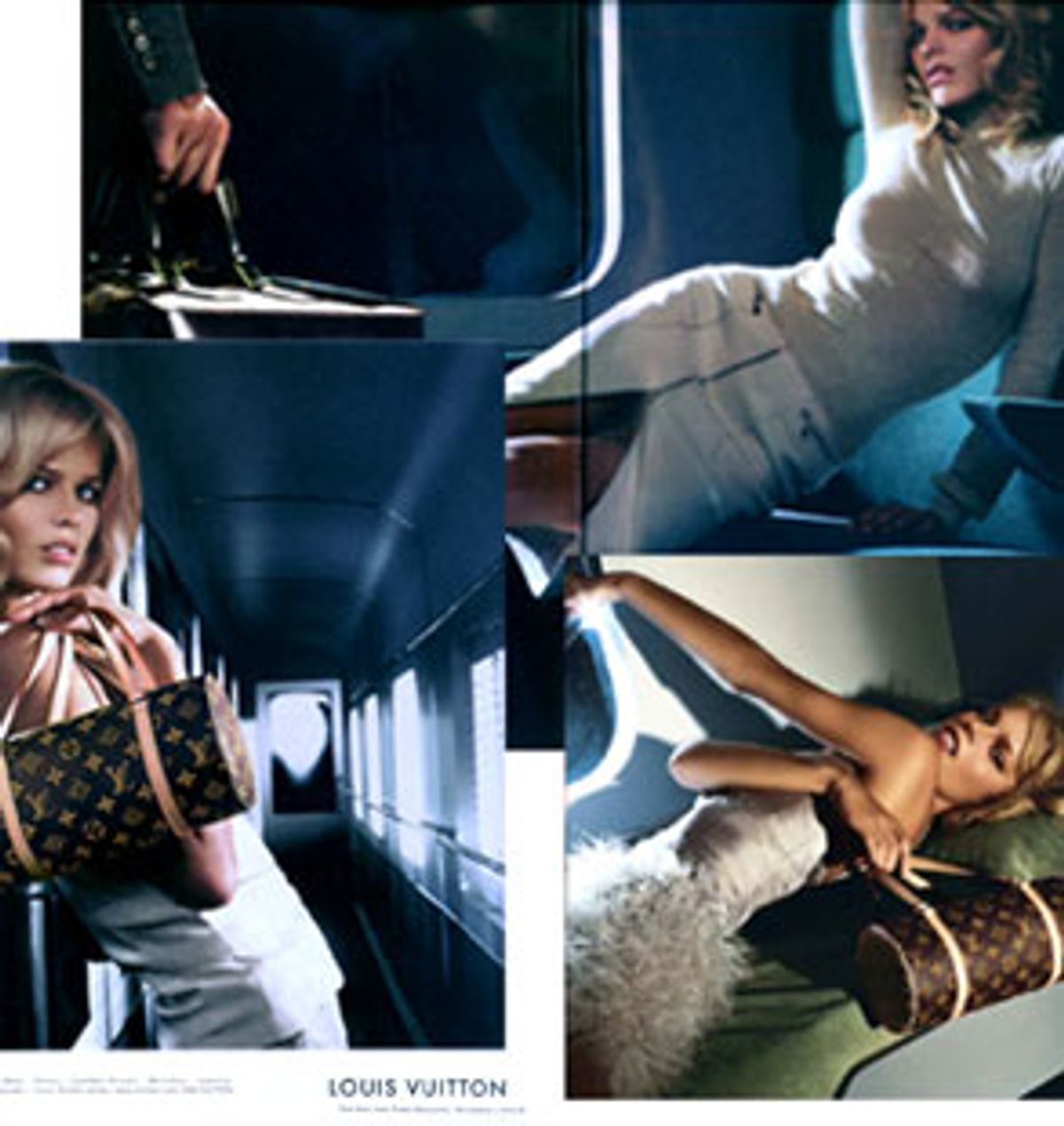 "It's going to be a long night and I don't particularly like the book I've started." That's Eva Marie Saint to Cary Grant at the beginning of a long train ride in "North By Northwest." Granted, she had it good. Even in the days of the Twentieth Century Limited, when train travel was at its most luxurious, not everyone had Cary Grant to choose for a cross-country dalliance.

The sexiness of rail travel has less to do with the phallic shape of trains (an obvious association) than with that rocking, relentlessly forward motion, which duplicates the rhythm of sex. And it has even more to do with our fantasies of trains themselves. No matter how many crummy, inevitably late Amtrak rides we take, we still retain the images that have been burned into our brains by novels and movies like "North By Northwest" and "The Lady Vanishes" and "The Palm Beach Story" and the sex-fantasy sequence in "Dreamscape" of plush, private compartments where the possibility exists of clicking with some gorgeous stranger. Fooling around while the train glides through some picturesque setting -- and with the possibility of being interrupted by the porter adding to the thrill -- makes train sex among the most grown-up of sexual fantasies, a manifestation of our visions of being sophisticated and suave. Train sex is a cashmere sweater. Compared to it (especially given the size of plane bathrooms), the Mile High Club is a polyester shirt.

Nothing has done more to reiterate the romantic fantasies of train romance than the current series of Louis Vuitton magazine ads. Featuring a sultry blond model (a cross between Claudia Schiffer and Eva Herzigova) who is drenched in an appealingly lewd aura of sleepiness, the ads tell the story of a train-board seduction in just three photographs.

In the first, the model leans against a compartment door in a sleek, narrow train corridor. Gazing right into the camera, she offers a frankly appraising stare, sizing you up as the prospect for an evening's entertainment.

In the second photo, the model has moved into the compartment and the lighting has changed. Enveloped in a shadowy green darkness, the model is now greeting her fellow passenger. All we see of him is a right arm (holding a Vuitton travel case, natch) but nobody wants to look at him anyway. The focus is on the woman, in a white, zip-front skirt and snug, champagne-colored sweater. Her left arm and hip resting on the seat, her head nestled into her upraised right arm, she's arching off the banquette as if she's already begun lovemaking, as if she were meeting the movements of some invisible partner.

It's the third picture that completes the story. In the right side of the frame, the compartment door has opened to reveal the model, stretched out on an upper berth, her hand drawing down the curtain on the blue rainy night outside. Between her legs, one of which is raised, the marabou hem of her silver satin gown fluffs up in the light streaming in from the window, an unmistakable suggestion of downy pubic hair. The look on her face as she greets her berth mate is one of triumph; she is about to yield to the seduction she has put in motion.

That eroticism wouldn't be there for the photographer and the model to draw on if it didn't tap into a well of common fantasies about train travel. It's not just the girl that's sexy -- it's that she comes wrapped in a gauze of sensuous luxury. The dream of train travel is a dream of being pampered, treated like a sophisticate with all the time in the world on your hands, of not caring about arriving but enjoying the journey. There's something about people who present sex fantasies with so much plummy chicness. They're offering the same thing as the staff that took care of passengers in the golden era of train travel. They are encouraging us to indulge. We may not all be able to afford a Vuitton bag. But the fantasy these ads offer doesn't cost a thing.