The latest Dickens adaptation is a bleak house. 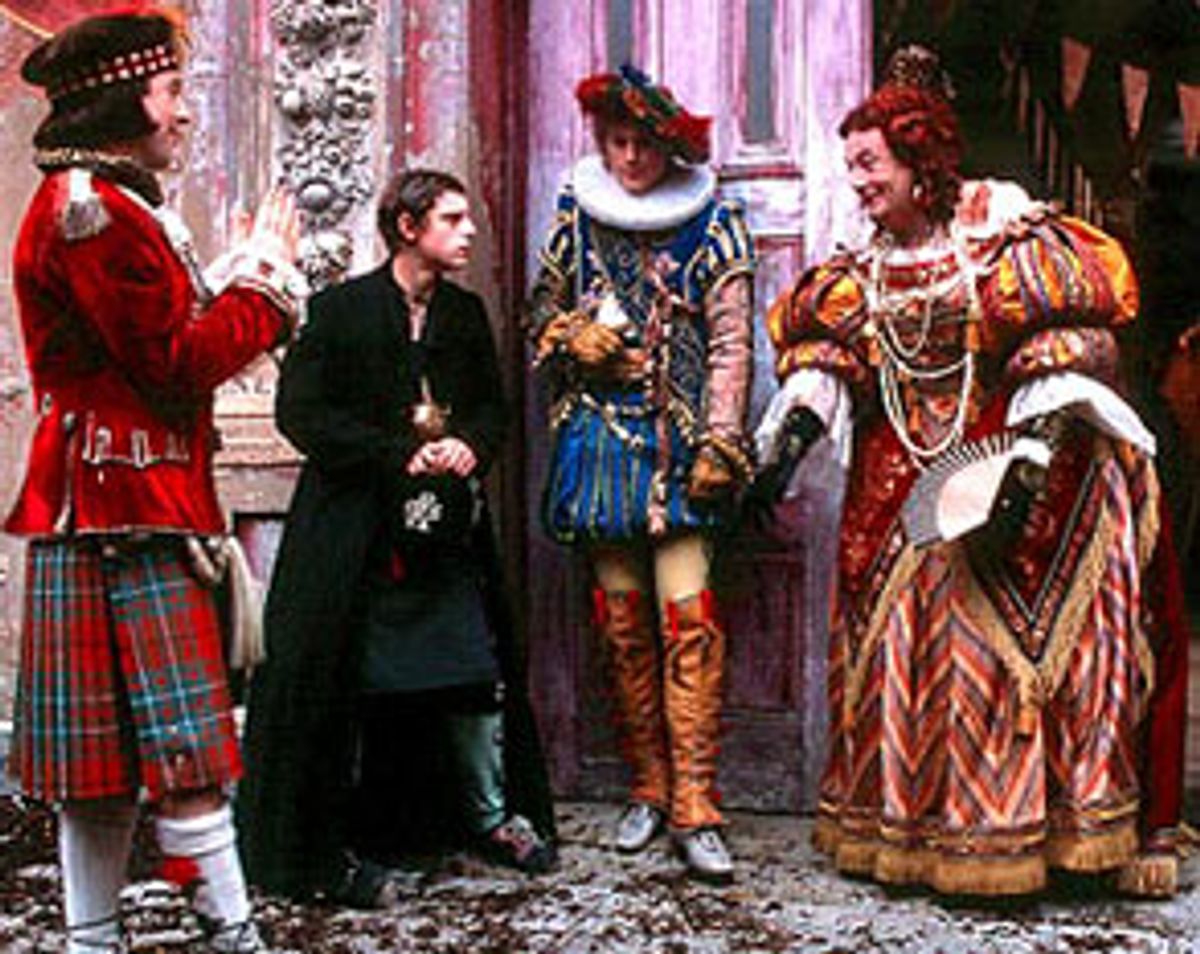 Douglas McGrath's new screen adaptation of Charles Dickens' "Nicholas Nickleby" has the rare distinction of being both too long and much too short. It's too short to capture even remotely either the subtly spiced flavor of Dickens' writing or the ambling narrative momentum of his story (and if the idea of ambling momentum seems like an oxymoron, remember that Dickens' ambles are like no one else's).

Yet "Nicholas Nickleby" seemingly goes on forever, its parade of characters (some of whom are authentically Dickensian and some of whom are more like instant-pudding versions) marching by before we've had much of a chance to figure out who they are and what makes them tick. It has to be tremendously difficult to shape a magnificently embroidered sprawl of a book into two hours and some change. And McGrath (who adapted the novel as well as directed) tries to keep us entertained every minute -- he clearly took care to avoid filling the picture with the gelatinous, faux-literary fat that often sits so numbly at the center of movie adaptations of great books.

But his shorthand strokes, all of them clearly made with good intentions, too often feel like the wrong ones. Nicholas Nickleby (here played by the blond and bland Charlie Hunnam) is a young man who marches bravely out into the world to fend for his family only to be thwarted deviously at every turn by his conniving and bitter uncle, Ralph Nickleby (Christopher Plummer, in a marvelously calibrated performance, is a cartoon with depth). Among the enemies Nicholas makes are the wretched schoolmaster Wackford Squeers (Jim Broadbent) and his even more terrifying wife (Juliet Stevenson).

But his journey also puts him in the path of friendlier souls who become a sort of family for him: A troupe of actors led by Vincent Crummles (Nathan Lane) and his lovely bride, Mrs. Crummles (Barry Humphries, who is perhaps not as well-known as his alter ego, Dame Edna Everage); his kind employers, Charles and Ned Cheeryble (Timothy Spall and Gerard Horan, respectively); Madeline Bray (Anne Hathaway), a young woman who, like Nicholas, has surmounted any number of difficulties; and, most significantly, the beleaguered orphan Smike (Jamie Bell), whose resilience fortifies and inspires Nicholas.

It's hard to find fault with most of the casting: Plummer, Spall, Broadbent, Stevenson and Tom Courtenay (as Ralph Nickleby's long-suffering right-hand man, Newman Noggs) all feel like pure Dickens; Lane and especially Humphries tap right into Dickens' vaguely wacked-out humor. (Humphries, a vision of portly beauty in his bonnets and swinging skirts, walks off with the movie with a single line. When Nickleby makes a remark about needing to tend to his own family drama, she replies knowingly, in a voice as exaggeratedly feminine as a crinoline, "Those are always popular," and McGrath knows enough to leave the line hanging -- the three beats that come after it make it even funnier.)

And then there's Hunnam, whose character admittedly isn't so much the focal point of the story as the lightning rod whose presence attracts its most lively and interesting elements. But Hunnam's even-toned dullness only drags the movie down. He's playing a stalwartly good guy, and definitely not a very scintillating one; but in a role like this, an actor needs to give a movie some fluidity and grace, not a stiff backbone. Hunnam plays Nickleby's kindly, principled dignity as a sort of determined rigidness, and since he gets so much screen time, he gives the whole picture a dull, stiff aura it doesn't need.

McGrath -- who also directed the 1996 "Emma" -- does get Dickens: He's very conscious of the author's social messages, and of his sensitivity to the plight of the poor. (And Dick Pope's cinematography strikes the right balance between cloudy urban grayness and sun-dappled, countryside dewiness.) McGrath also knows that it's the whirl of characters that, more than a century after those figures came into being, makes Dickens' work seem so vibrantly alive. But to paraphrase a line from another Dickens' novel, "Nicholas Nickleby" is too much like a fragment of an underdone potato. The chef tended it very, very carefully, and still, it didn't turn out quite right.