"The Voice of the Poet: John Ashbery"

The award-winning poet reads "Memories of Imperialism" and "The Underwriters." 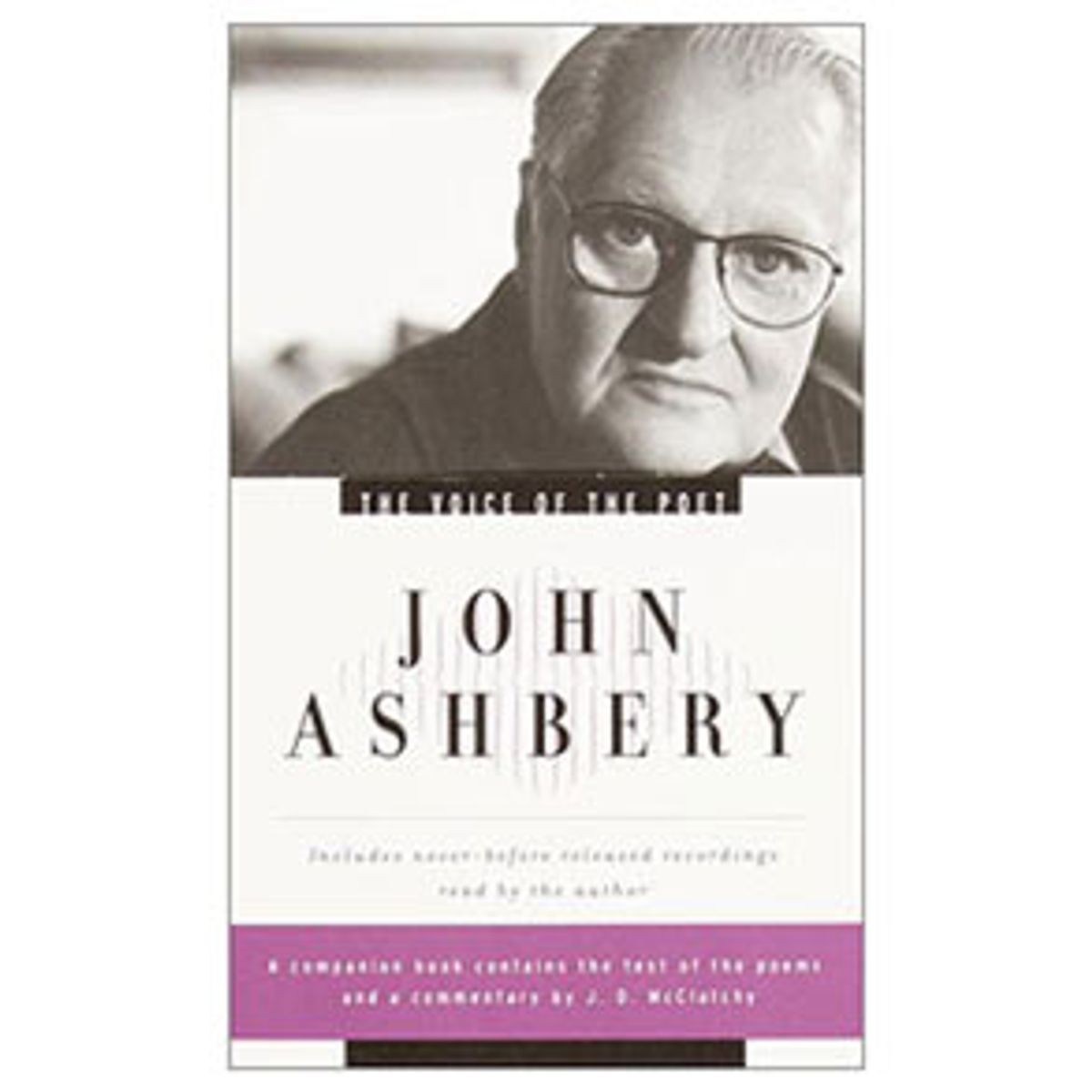 John Ashbery is one of America's most acclaimed living poets, and his work has been honored with the Pulitzer Prize, the National Book Award and the National Book Critics Circle Award, all in 1976. His more recent books include "Self-Portrait in a Convex Mirror" (1992) and "Your Name Here" (2000).

"Paradigms of common experience" is Ashbery's label for his own poems: the mind listening for its haphazard memories and unconcious desires while hearing the world's buzzing distractions. The task of his poetry remains constant -- to explore how we receive information and make meanings, then how those meanings are transformed. Pop culture and high romance go hand in hand. From the start of his career, Ashbery has been among the most innovative poets in the language, and he has kept his work open to both experiment and tradition.

Listen to John Ashbery read "Memories of Imperialism" and "The Underwriters." Both are featured on the release dedicated to Ashbery in "The Voice of the Poet" series [Random House Audio], edited by J.D. McClatchy.