Missy has become one of the world's preeminent rappers and again scores the highest marks in flow, cleverness and style. 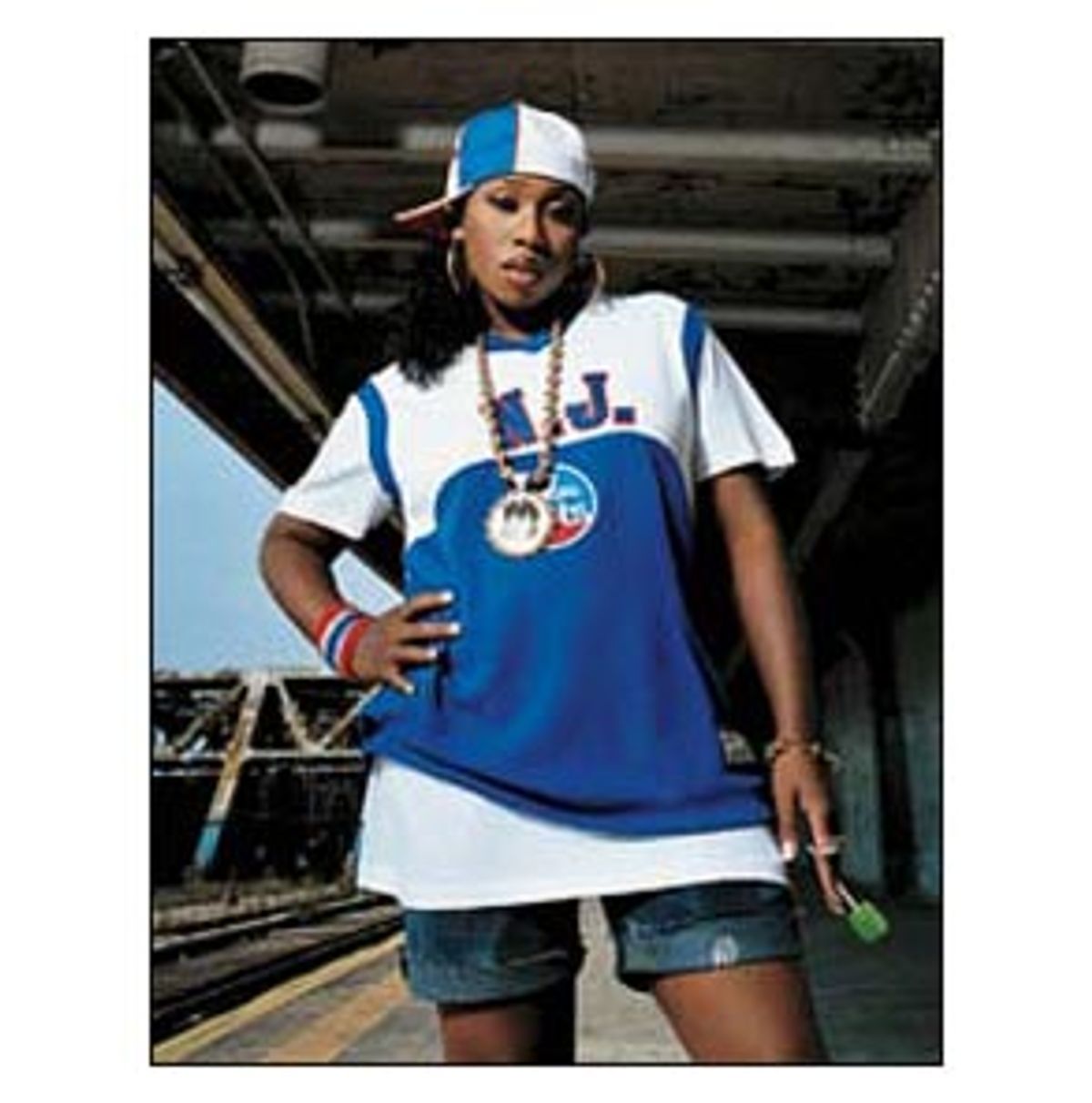 Missy Elliott
"Under Construction"
Out now on Elektra

From the squeaky opening bars of "Work It," the first single off Missy Elliott's nearly flawless fourth album, it is abundantly clear that this talented star has done it again. Backed by her longtime collaborator Timbaland, a producer with a nose for hits brighter than Rudolph's, Missy Elliott has truly become one of the world's preeminent emcees.

In "Work It," a sublime moment follows the setup to the chorus: "Is it worth it? Let me work it. I put my thang down, flip it, and reverse it." The line sounds something like "It's your femmy neppy thwen yet," but what does it signify? By careful electronic manipulation, i.e., playing the song in reverse, the mystery line reveals itself to be ... the previous line played in reverse. The concept is chiasmus, the inversion of the beginning of a phrase at its ending. It is a marvelous example of hip-hop cryptography, but not surprising coming from an adroit artist who has made a habit of breaking new ground.

Being queen of the hill has its numerous advantages, chief among them the right to select from the pantheon of hip-hop greats for guest appearances. To wit, Jay-Z, Ludacris and Method Man prove themselves to be good neighbors by pitching in on chart-ready numbers. "Back in the Day," the Hova song, belongs to a genre that includes similarly nostalgic records like Notorious B.I.G.'s "Things Done Changed." Likewise, Timbaland shows a predilection for old-school samples and beats throughout the album.

Missy scores the highest marks in the qualities shared by all gifted rappers: rhymes, flow, cleverness and style. She bends the rules with next-wave feminist lines like "Call before you come, I need to shave my cho-cha," and especially "Pussy don't fail me now" on the delightful R&B slow jam "P***ycat." If men can exhaust the possibilities of their sexual prowess and endow their members with superhero qualities, why shouldn't women do the same for theirs? Work it, Missy.