Leaving behind the rambunctious beats of his electronic music as Hrvatski, Whitman strips, loops and tinkers vibrant guitar sounds into a thing of beauty. 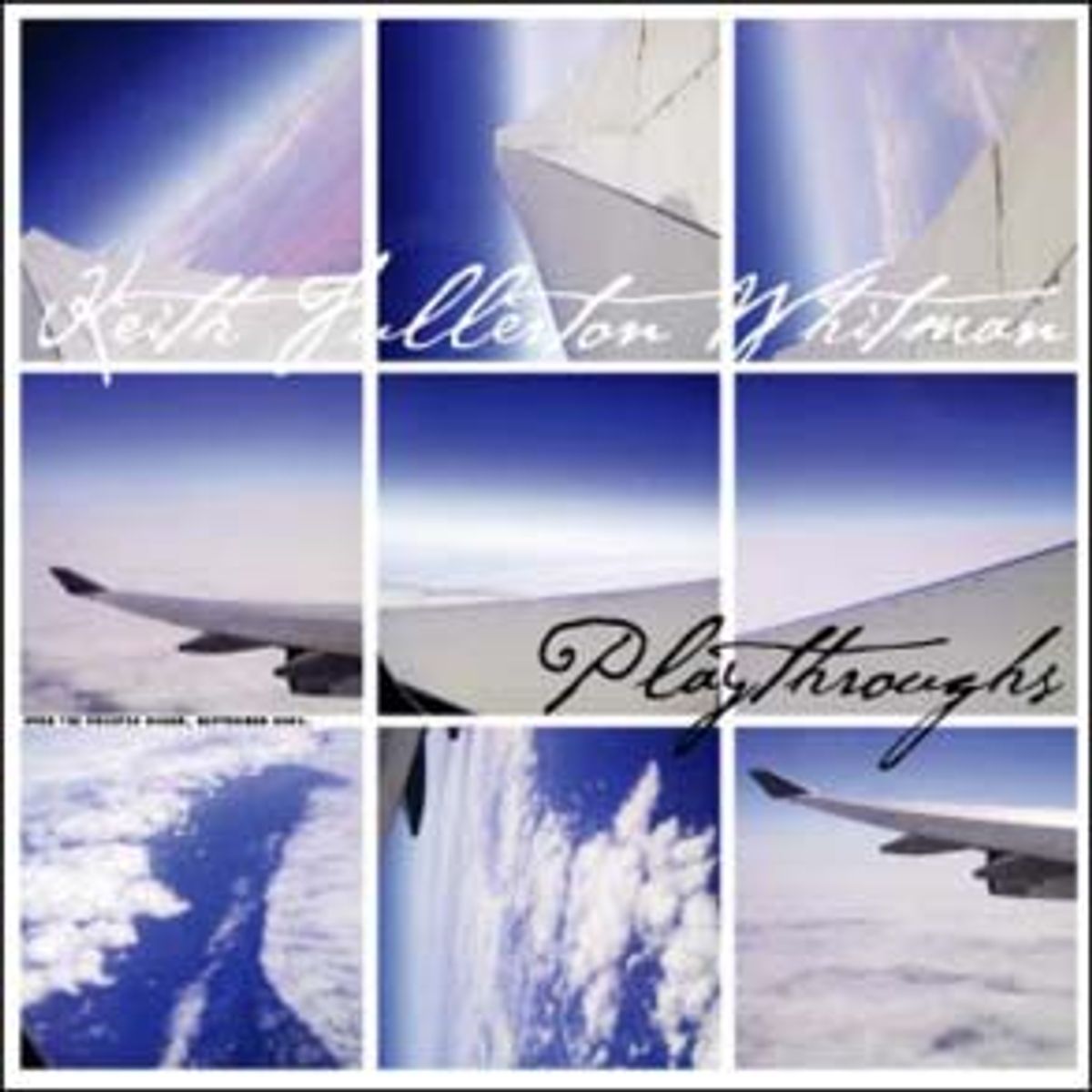 Bostonian Keith Fullerton Whitman, far removed from the rambunctious beats of his drill-'n'-bass projects under the moniker Hrvatski, sets forth no rhythm on "Playthroughs," instead opting for something completely different and capturing it in all its wondrous beauty. The only instrument, in the traditional sense of the word, used on this album is the guitar. With help from modulators, delays and other effects, the guitar tracks are fed through a laptop where the original sounds are stripped, looped and tinkered with until only the vibrant, tonal core of them remains exposed. The process employed by Whitman is probably one of those things you have to see to understand. Fortunately for us, however, it is not the means that are important here, but the ends.

Remarkably, the ambient sounds never come across as unnatural or harsh -- quite the contrary, in fact. "Playthroughs" drones and wavers, crests and plunges, blips and pulses, then drones some more, ultimately filling the room with its meditative breadth. The rising and falling tones seem to mimic the wind composing on an aeolian harp. The droning crescendo of "Feedback Zwei" evokes the white noise of beach pebbles being drawn back to sea. In all, the album does not force itself on the listener or attempt to guide emotions or thoughts in any particular direction. It's a laid-back, choose-your-own-listening-experience experience. By the end it's unclear whether Whitman's intent was to share an artistic vision or assist in some form of audile therapy. Either way, it's nice to be in the presence of it.