Death of a vivacious man of letters

The death of an intellectual bon vivant draws fans, friends and Tony Blair, who is unafraid to mingle or pick up a lady's purse. 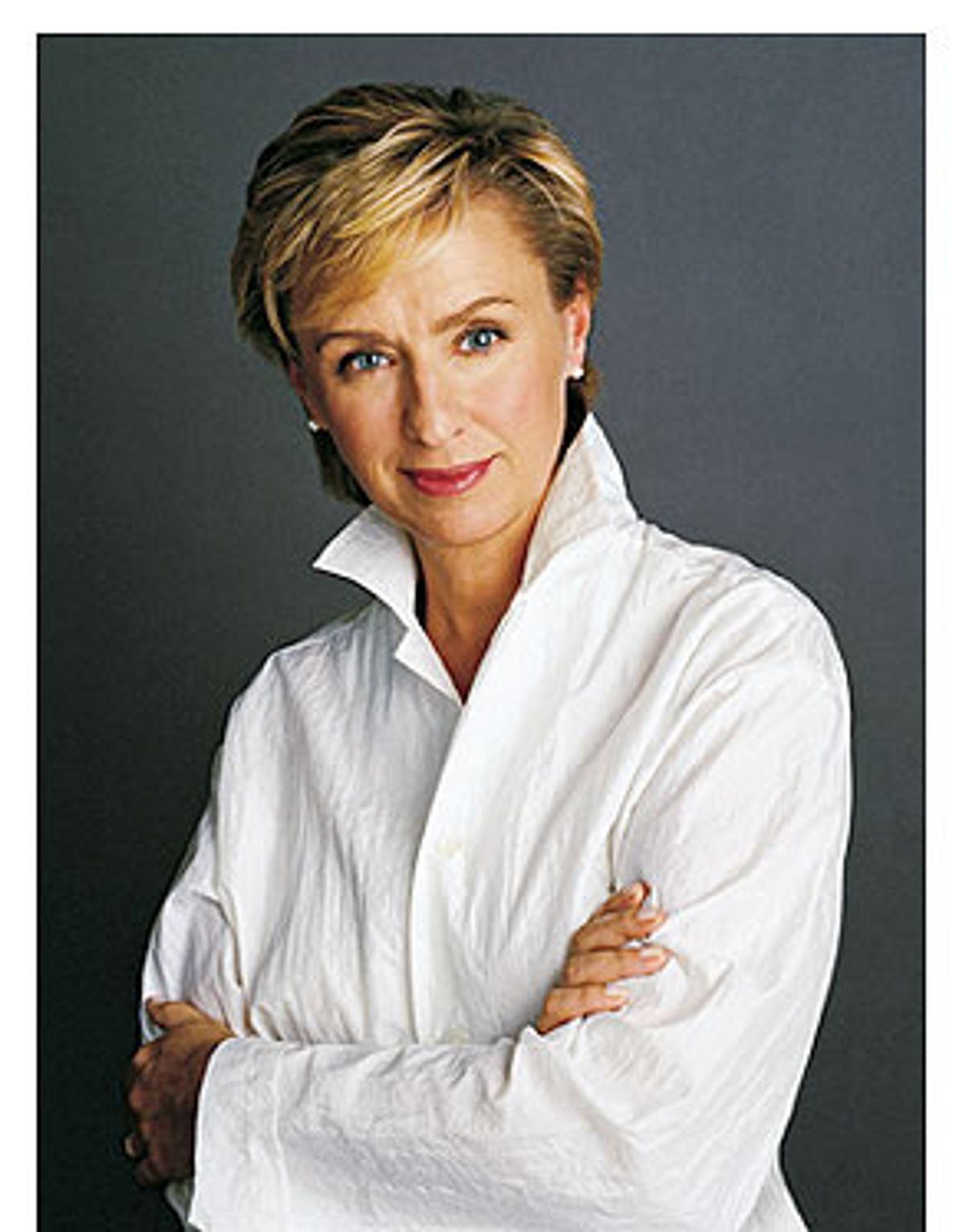 Roy Jenkins' death at the age of 82 took me to Oxfordshire last week for his funeral. In London, he had been a friend of my husband, Harold Evans, for 30 years. When Harry was president of Random House in New York he was delighted to publish Roy in America and we used to see him whenever he hit town, which was often. I became immensely fond of him myself.

Roy was the last of a species, the great statesman, who was also the urbane man of letters and bon vivant. He was altogether a civilizing force. As home secretary, he ended the "ghastly apparatus of the gallows," removed flogging as a criminal penalty, abolished the absurdity of official censorship of the live theater, decriminalized homosexual conduct and humanized the laws on abortion. On top of that he wrote 18 excellent books of biography and history. The day he suddenly died his last book, "Churchill," was No. 1 on the paperback list in England.

Roy adored New York. It revved up his prodigious social energy. He always stayed at the Knickerbocker Club on Fifth Avenue, where he considered the bacon superior to anything in England. He swam like a shiny, bespectacled porpoise through the New York social scene. In a world of teleprompters and speechwriters, his brand of lapidary wit -- aided only by a few tiny scrawls on the back of the menu card -- is a vanished art form. He blew everyone away at John Kenneth Galbraith's 80th birthday party in 1988, an occasion not short on eloquence from his American peers. His closest New York buddy was the Camelot historian Arthur Schlesinger Jr., whom he had known for 50 years. Whenever they were round the same table it was a dazzling tour d'horizon of presidential and prime-ministerial foibles. He and his wife, Jennifer, would race between dinners at the Schlesinger's (last time with Bill and Hillary Clinton), lunches with Irwin Ross (whose book on Truman Roy deemed with his usual scrupulousness "far better than my own"), parties hosted for him by the Grande Dame Jane Wrightsman, or at one of the Tree-houses, as he liked to call the residences of saloniste Marietta Tree (until her death in 1993). Alluring, public, spirited Democrats like Marietta and that other creamy vintage rose Leslie Bonham Carter (the daughter no less of Condé Nast and aunt of Helena), were very much Roy's "type."

The last time I saw him was in May in his official capacity as chancellor of Oxford University. We both were due to speak at the 50th-anniversary celebrations at my old college, St Anne's. The day before the dinner I joined one of the Jenkins' regular weekend lunch parties at their East Hendred cottage.

This was always Roy's best setting, with no whiff of lord chancellor grandeur. It was like turning up for a tutorial at a professor's house and finding in the small garden a convivial little band of living legends, mixed with younger critics, historians and novelists he collected, and the invariable visiting American enjoying a pre-lunch martini.

On this occasion the conversation veered between genial geopolitics with Robert McNamara to deliciously vinegary gossip with Winston Churchill's daughter, Mary Soames. At lunch, Lady Soames recounted how some grand mutual friend had behaved at the British Embassy in Paris in the '70s when the waiter emptied a gravy boat down her back. "She really, really took it well," said Mary. "She just withdrew and changed into another splendid dress."

"Spilt gravy is always an excellent character test," said Roy, rubbing his hands and looking around the table with that richly amused gleam. "I am glad to hear she came shining through."

Now on this quintessentially English winter day, bone cold and damp, Roy is getting his last send-off in the small village church of St. Augustine in East Hendred. It's always a shock to see the aloneness of a closed coffin laden with flowers before the mourners arrive, especially when the occupant was so formidably gregarious. When Dame Jennifer arrives with the family, a touchingly normal-looking flock of two middle-aged sons, a daughter and grandchildren who included one gawky teenage boy, she looks transcendentally beautiful with her good bones and far-seeing, wise blue eyes. Unlike the wives and widows in the pews behind who wear those round mink hats from the social pages of Harper's Bazaar in the '60s, she is bareheaded and preternaturally calm. This was a marriage that held out like a granite Norman tower against the slingshots of politics, power and female charm. Jennifer is as strikingly unadorned as the service. "To Roy," reads the message with her flowers, "My only love, 62 years and 5 months."

Twenty minutes before the start of the service Tony Blair unobtrusively slips in by himself -- with no handlers, aides or cellphones in sight -- and sits down in a middle pew. This is surprising because there will be a big formal memorial service soon in London and the prime minister will almost certainly be recruited to speak. He is joined a few minutes later by his wife, Cherie, who arrives under her own steam looking like a cute undergraduate in her scuffed boots and curly hair.

Afterward at the low-key reception at the village hall where hot soup and sausages are served, the Blairs linger for nearly an hour chatting to the family and friends as if they had all the time in the world. I drop my bag on the floor and disconcertingly the prime minister stoops down and picks it up with swift courtesy.

Blair in recent months has been roundly mocked for being "presidential," but from an American perspective this scene in an Oxfordshire village hall is inconceivable. If I had been talking to the president of the United States and dropped my bag on the floor, I would have been wrestled to the ground by a posse of 7-foot Secret Service agents and (being a foreigner) either deported or shipped to Guantánamo. More inconceivable still is the notion that our current president would have a strong connection -- political, personal or (needless to say) intellectual -- with a person like Roy Jenkins to begin with. Either way I can't imagine the handlers allowing him to waste so much time hanging out with what Washington sometimes refers to as "usedters" (as in used to be governor of the Bank of England, used to be chief statistician) unless it was election year and a campaign stop.

"It was beautiful, wasn't it?" said Leslie Bonham Carter wistfully as we milled around in the melancholy cold. "But I felt there was something missing."

What was missing, of course, were a few remarks from Roy, droll and self-deprecating, with one surprising joke that he had jotted down on the back of the Order of Service.