Their 1999 album "Things Fall Apart" ranks as one of the best hip-hop albums ever. With expectations high, the genre's only real "band" sets out in a new direction. 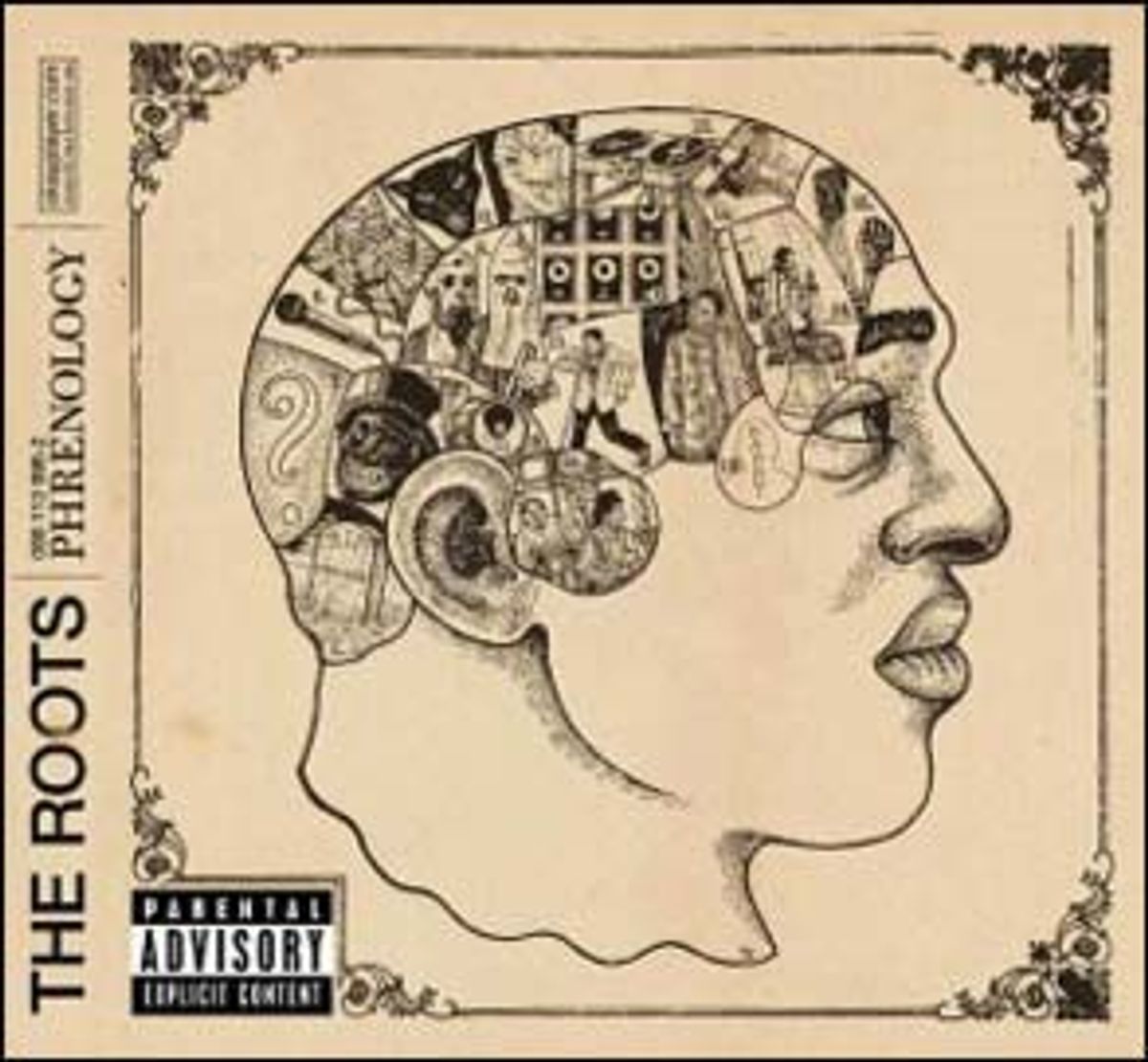 The Roots
"Phrenology"
Out now on MCA

The year was 1999 and artists were hard at work fulfilling grand dreams, releasing accomplished projects with an eye toward the new millennium. A bumper crop of genre-redefining films brought forth "The Matrix," "The Sixth Sense," "Being John Malkovich," and "American Beauty." In New York, Stephin Merritt completed the ambitious triple album "69 Love Songs," a high-water mark in a sophisticated body of work. And down in Philadelphia, the Roots had pulled off "Things Fall Apart," a miraculous album that ranks among the best in hip-hop history. Contemporary culture was optimistic and in full, late bloom.

"Things Fall Apart," its title borrowed from Chinua Achebe's gripping colonization novel (Achebe having taken it from Yeats' famous poem "The Second Coming"), was a transcendent vision of mimesis -- the manufacture of an utterly credibly hip-hop sound played on live instruments by a fully fleshed hip-hop "band." Virtuoso drummer ?uestlove delivered mesmerizing, full-throttled beats behind Kamal's hot, sophisticated keyboards. Black Thought's rhymes were stylish, complex, and progressive, and Rahzel's unique human beat box generated otherworldly scratching sounds. Together they created hip-hop marinated in jazz, soul and funk, that was from start to finish improvisational, wildly creative and oh-so-tight. The album garnered critical acclaim world-wide and a Grammy for the single "You Got Me" with Erykah Badu.

Having already made the perfect hip-hop album, the Roots deliberately set out in a new direction with "Phrenology," their sixth release. As they undertake another Orphic journey to the underground, they return with a mix-and-match style that conflates the sounds of multiple genres. On "The Seed (2.0)," for example, Ben Kenney's guitars and Hub's bass invoke the Clash, Black Thought's raps summon Tone-Loc, and the voice of guest vocalist Cody ChesnuTT is steeped in vintage Terence Trent D'Arby. Musiq's soulful vocals on "Break You Off" make it an R & B inflected classic Roots-type single and the six-plus-minute experimental breakdown section on "Water" is the consummate headphone trip. The Roots have also made a tradition of including poetry on their albums, bringing in controversial poet Amiri Baraka, who delivers his contemplative verse with force on "Something in the Way of Things (In Town)."

?uestlove was heavily involved in the production of "Phrenology" (he also brought his talents to Common's exceptional recent release, "Electric Circus") and he continues to drive the group on a steady, innovative course with diverse, immaculate beats. Black Thought remains a spirited emcee and lyrical catalyst for the group. And by taking a new path with their music the Roots succeed in both staying relevant and momentous, living up to the expectation that artists continue to strive in their work under pressure and when times turn less hopeful and dim.